Attributed to a friend of ours - anything you can tell us Deino?

Oops - meant to post this in 'Postwar Secret Project'. Moderators please move it.

Chinese secret jet projects of WW2! I love it already. Hey don't sweat it. It's like the time I bought a Corgi WW2 miniature set that came with a B-1 bomber! Can you just imagine "B-1 squadrons of WW2"!? Now how's that for a mind-frak?

LOL, that's what I was thinking.
R

This one just is XueXiao Layout presented before.

Thanks Rousseau for at least trying to be helpful.


rousseau said:
This one just is XueXiao Layout presented before.
Click to expand...

Where exactly has this been presented before?

All I can find is this quote from Emile:-

BTW, XueXiao has been determined as a layout of next generation jet fighter instead of Menglong which I originally appreciated. Which only clue we can followed is foreplan will be used with tailplan to both, so traditional concept of stealth may be no longer appropriate. Chinese designers are not so fool to ignoranced advantage of stealth that F-22 taked.
Click to expand... 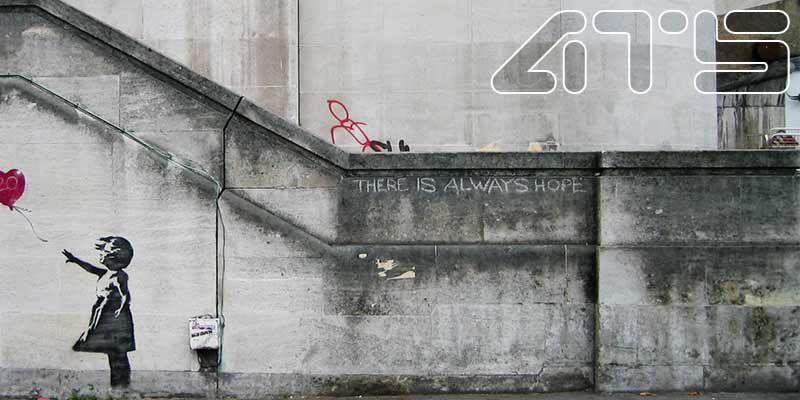 almost one yeas ago, same web has published the airscape of this layout.

from Flightglobal of 2001,the China's XXJ.

With some modification, not a bad guess of how NATF-23 would look like

Quite interesting to know besides the many rumours - and therefore most surely nearly all published pictures can be regardes as fan-art - is a news from today:

This news seem to be from some internal CAC reports and was already rumoured some months ago ... so let's hope and wait.

Keep us informed of any more emerging JXX information.

I know there's a lot of fan-art about but fan-artists seldom make stainless steel models and even more rarely do they put them in wind tunnels. Where did you get the pictures (of the models) and is this the Shenyang or the Chengdu offering (or one of each?)?

Here's a collection made by "Hyperwarp" ... 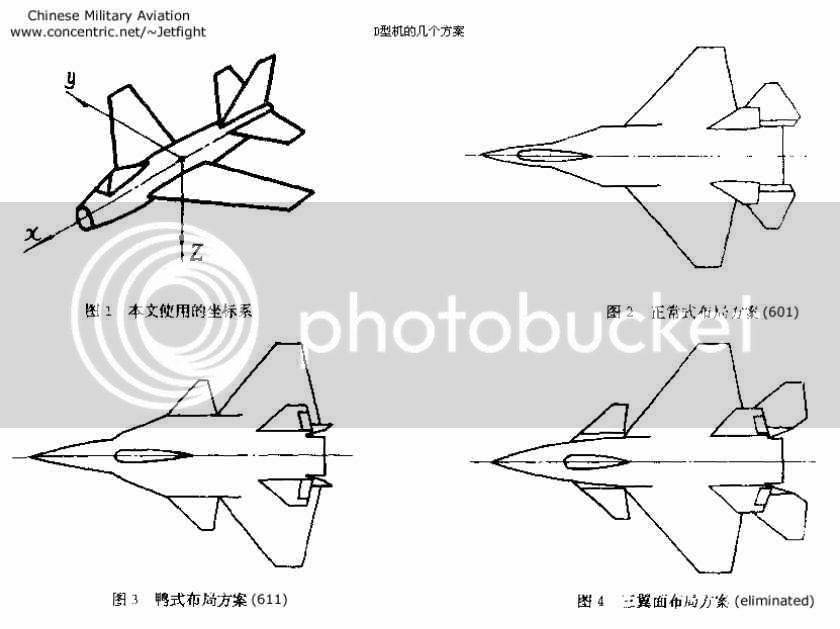 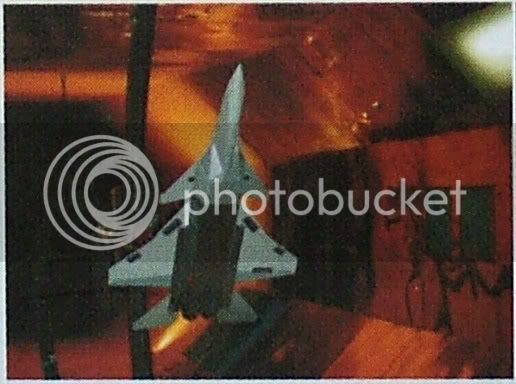 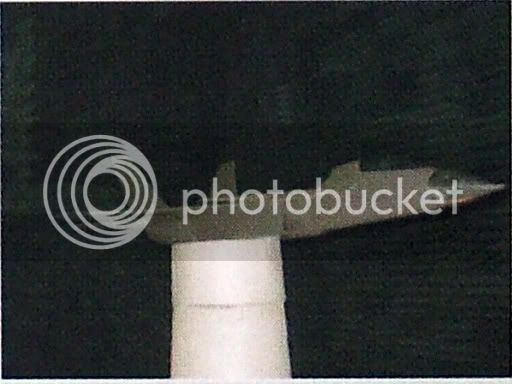 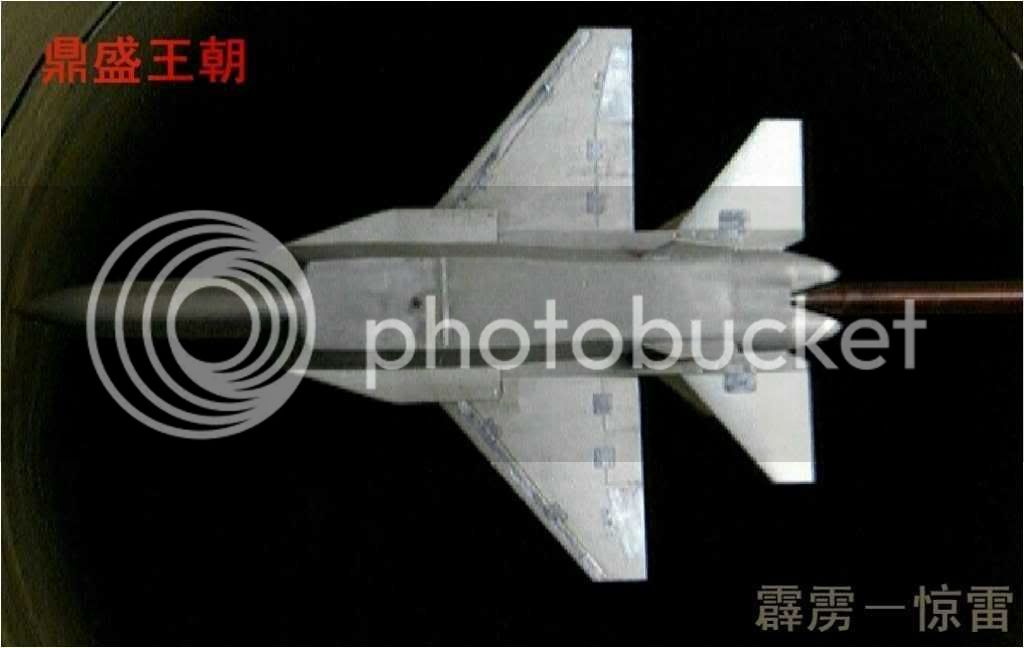 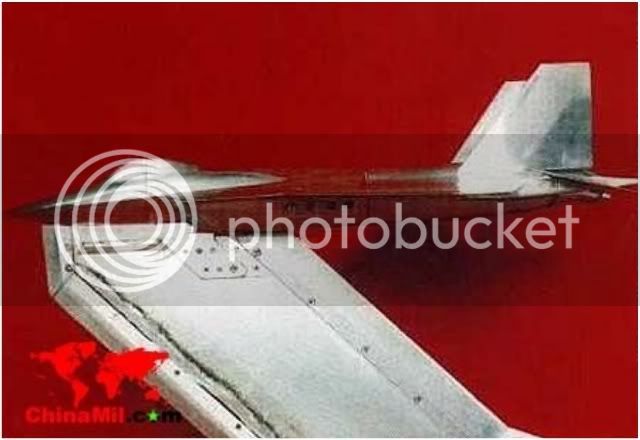 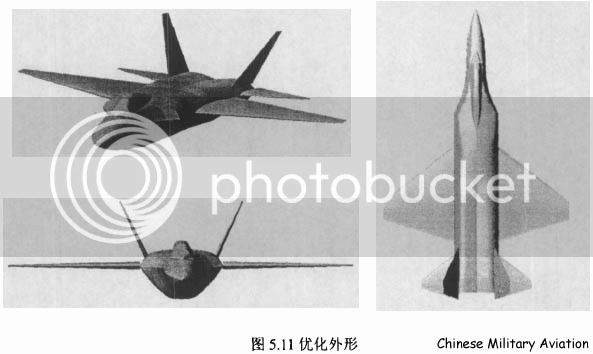 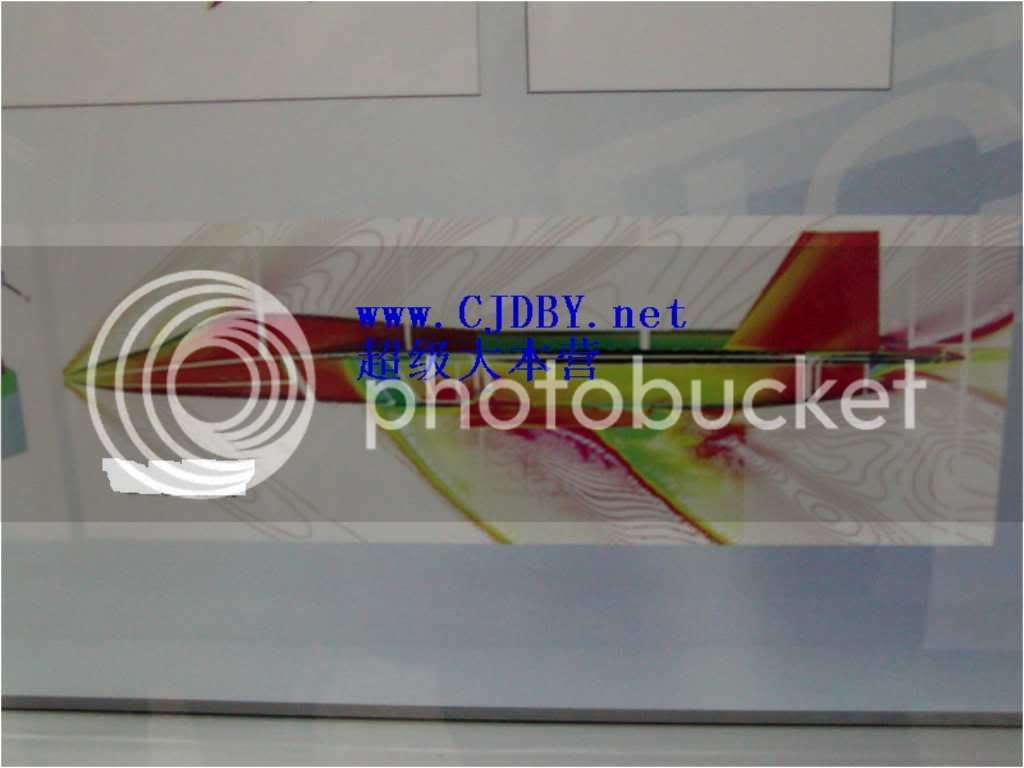 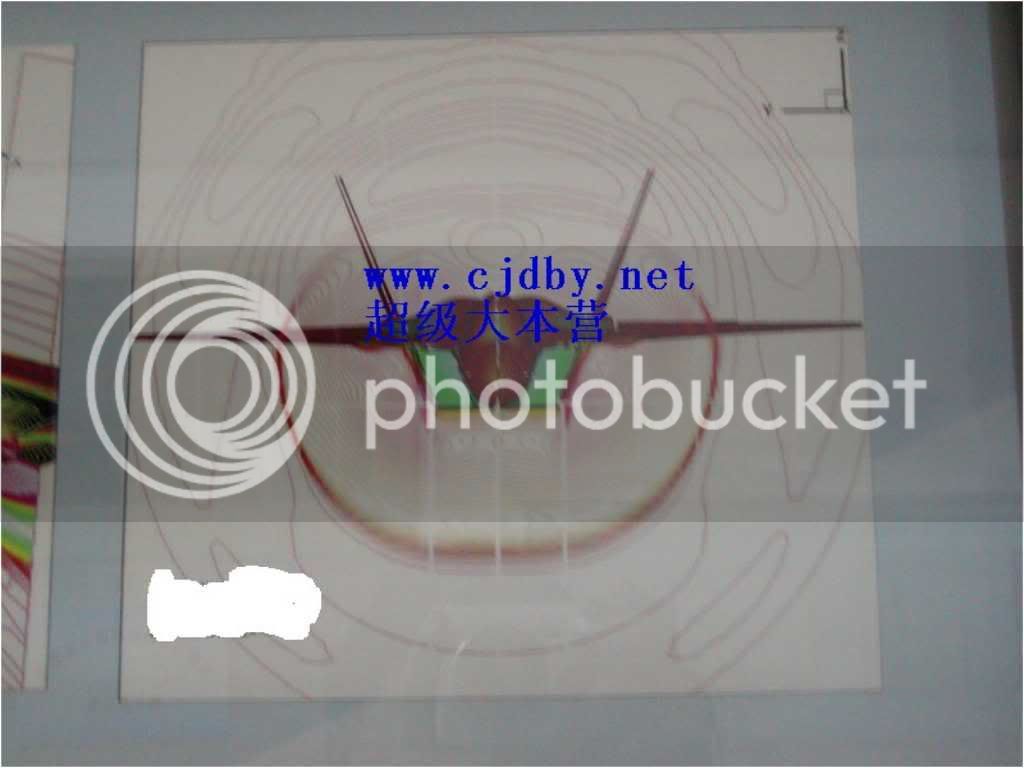 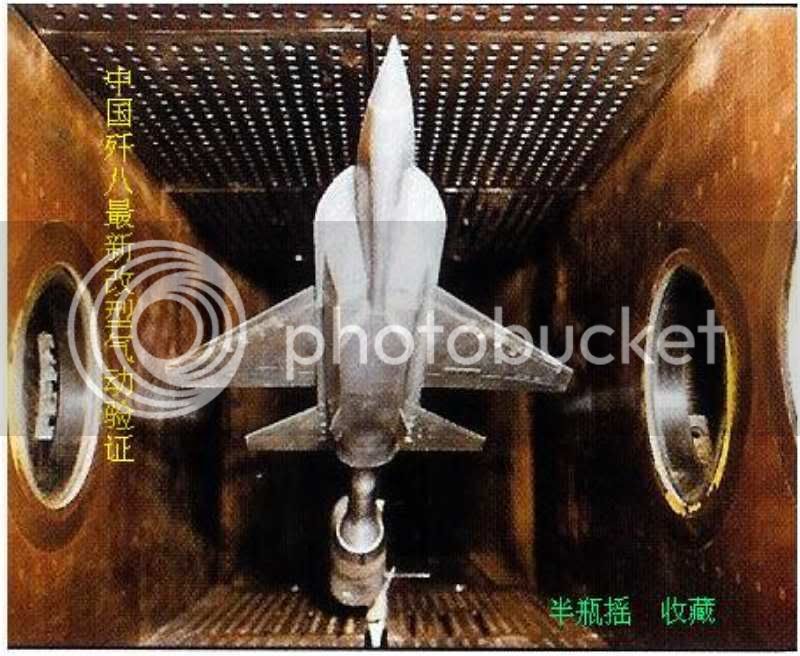 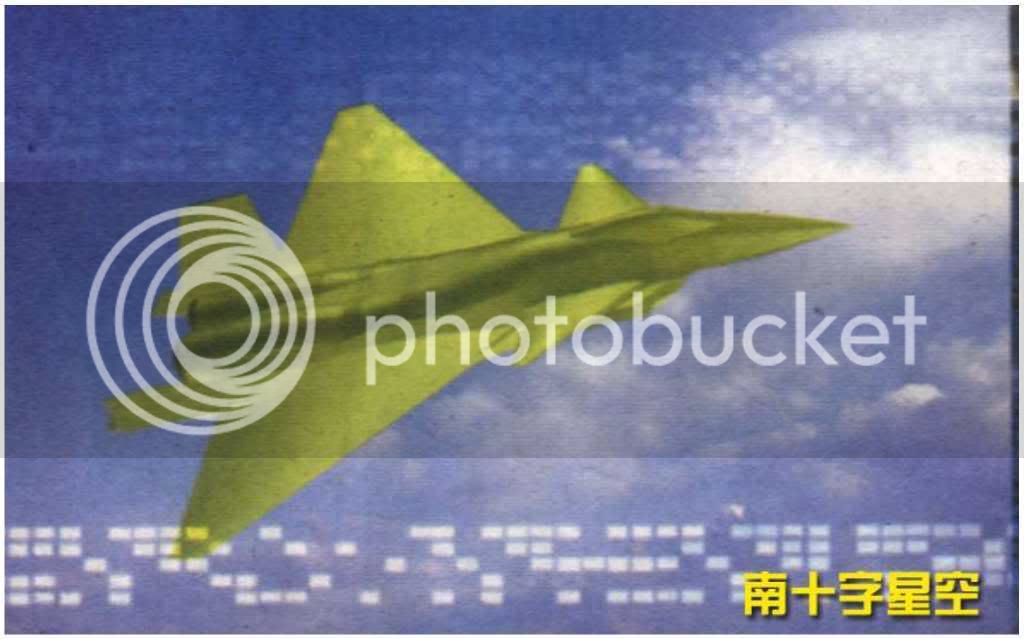 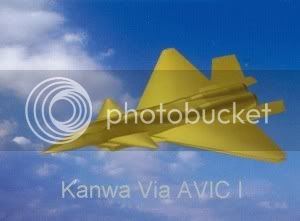 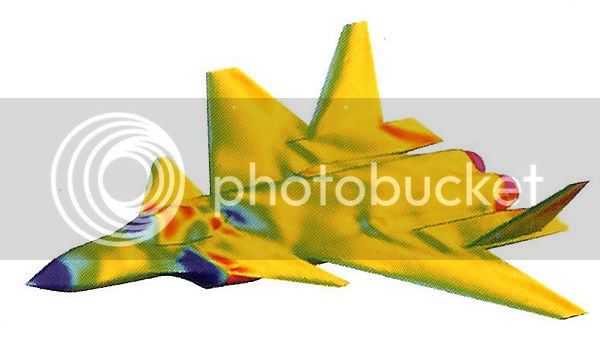 And from recent news it seem CAC has won the completion and probably has started work on the prototype..
Click to expand...

Yo or better Nes ... it's not a fake, but not a J-16 naval fighter. It sems as this is a model of the rumoured Xian JH-x stealthy fighter-bomber.

But IMO much too early to tell ...

A Chinese fighter of nominally the same technology generation as the Lockheed Martin F-22 will soon enter flight testing, while a jet airlifter larger than the Airbus A400M should be unveiled by year-end.

Beijing’s fighter announcement suggests a serious failing in U.S. intelligence assessments, mocking a July 16 statement of U.S. Defense Secretary Robert Gates that China would have no fifth-generation fighters by 2020. Industrial competition looks more remote than strategic competition, however, since China will want to fill domestic requirements before offering the aircraft abroad, even if it judges export sales to be a wise policy.

The new fighter “is currently under development,” says Gen. He Weirong, deputy air force chief. “[It] may soon undertake its first flight, quickly enter flight testing and then quickly equip the forces.

“According to the current situation, [the entry into service] may take another eight to 10 years,” he adds.

No details of the aircraft were given, but it is almost certainly designed for supersonic cruise without afterburning. In April, Adm. Wu Shengli, the navy chief, listed supercruising fighters among equipment that his service needed. Notably, all the other equipment on his wish list looked quite achievable by the end of the next decade, matching the timing that the air force now suggests for the fighter.

China classifies aircraft of the F-22’s technology level as fourth-generation fighters, although they are called fifth-generation aircraft in the West. China’s current advanced fighter, the J-10, is locally called a third-generation aircraft, which in Chinese terms means that it is comparable with the Lockheed Martin F-16.

Work on “the fourth-generation aircraft is now proceeding intensely,” He says.

Whether the upcoming fighter is really comparable with the F-22 remains to be seen. Low radar reflectivity would not be surprising, since aircraft and missiles with stealthy shapes are now popping up in many countries, including South Korea as recently as last month (AW&ST Oct. 26-Nov. 2, p. 42). But sensor performance, information fusion and maximum supercruise speed would also be assessed critically in measuring a claim to have caught up with technology levels that the U.S. did not deploy until 2005.

The existence of a Chinese fifth-generation fighter, usually tagged J-XX, has been rumored for years without official confirmation.

If the aircraft does go into service before 2020, then at that time China may well have jumped past Britain, France and other Western European countries in terms of deployed, domestically developed combat-aircraft technology. That will depend on how quickly those countries move to field combat drones to replace current strike aircraft, says Andrew Brookes of the International Institute for Strategic Studies.

Brookes takes seriously the Chinese objective of technology equivalent to the F-22, and he sees no reason to doubt that the F-22 would be the standard against which they would judge their design. The know-how can be imported.

“The Russians have the technology and the Chinese have the money,” he says. “If they really set that as a target, then I think they can do it.”

The aircraft may not bother Western manufacturers in export markets, Brookes suggests, simply because an equivalent of the F-22 would be a destabilizing export that China would be prefer to keep to itself.

Even if China decides that it wants to export the fighter, Lockheed Martin should by then be well entrenched with the F-35, which should be mature and reliable at that point. Other manufactures may not be so well placed, however.

Gen. He made his remarks during an interview on China Central Television as part of the celebrations of the 60th anniversary of the air force of the People’s Republic of China. (The general’s surname is pronounced as “her” but without the “r.”)

China is probably working on two fifth-generation concepts, says Richard Fisher of the International Assessment and Strategy Center. One of those concepts, appearing most commonly in bits and pieces of evidence that have turned up from time to time, would be a heavy twin-engine fighter probably of about the same size as the F-22. The other is a single-engine aircraft probably closer to the Lockheed Martin F-35.

Gen. He could be referring to either of the aircraft when predicting an entry into service during the next decade. Fisher’s bet is that he is talking about the twin-engine concept.

Like Brookes, Fisher believes China is realistically aiming at the F-22’s technology level. “One has to assume that the People’s Liberation Army is confident in its projections, as it almost never makes such comments about future military programs, especially one that has been as closely held as its next-generation fighter.

“As such, one has to be asking very hard questions: How did the U.S. intelligence community get this one wrong? And inasmuch as no one expects the F-35 to replace the F-22 in the air superiority role, is it time to acknowledge that F-22 production termination is premature and that a much higher number is needed to sustain deterrence in Asia?”

In his July 16 speech, Gates said that even in 2025 China would have but a handful of fifth-generation aircraft.

The new Chinese fighter could come from the Chengdu or Shenyang plants of Avic Defense.

When Wu raised the prospect of a supercruising fighter, an easy answer seemed to be an advanced version of the J-10. That looks less likely now that He describes the future concept as a full generation ahead of the J-10.

“I believe the Chinese have a difficult road if their design is tied to the J-10,” says a U.S. Air Force officer involved in the development of the F-35. “Significantly reduced signature requires more than coatings. It requires an integrated design philosophy with the right shaping, the right structure and the right surface coatings.”

Fisher assumes that China is developing improved fourth-generation fighters in parallel with the fifth generation.

The existence of the airlifter has been known for several years, if only because pictures of it have appeared fleetingly in presentations by the Chinese aviation conglomerate Avic.

As expected, it turns out to be a product of Avic’s large-airplane subsidiary, Avic Aircraft and, more specifically, of the subsidiary’s core plant, Xi’an Aircraft.

Avic Aircraft General Manager Hu Xiaofeng says the airlifter is in the 200-metric-ton class and will be unveiled at the end of this year.

In fact, its design has already unveiled in pictures shown by state media. The four-engine aircraft adopts the universal high-wing, T-tail configuration. The wing is mounted on top of the circular body, rather than passing through a deep segment of it and cutting out much of the usable cross-section. In that respect it is like the A400M, Ilyushin Il-76 and Kawasaki C-X but unlike the C-17, whose embedded wing presents less frontal area.

The main gear of the Chinese aircraft is housed in very protuberant sponsons, like those of the C-17.

A photograph of the cockpit shows five electronic displays of moderate size and conventional transport-style control columns. Engines are not revealed but would presumably be imported from Russia. A wind-tunnel model shows the engines are enclosed in long nacelles, like those of the Perm PS-90 from Russia.

The airlifter’s fuselage appears to be of conventional metal construction. The aircraft will be significantly larger than the A400M, which has a 141-metric-ton gross weight.

Hu says it has been independently developed in China. However, his parent company, Avic, has a long history of cooperation with Ukrainian airlifter specialist Antonov.

With David A. Fulghum in Washington.
Click to expand...

Another to the collection. Without source or the description, so take it as you want.

Matej said:
Another to the collection. Without source or the description, so take it as you want.
Click to expand...