In 1989, Iraq flew a supposed space launcher, the Al-Abid rocket. Sometimes called Tammouz. First stage was five clustered Scuds. Second stage was SA 2-based (or another Scud, depending on who you believe), and the third was a small solid stage.

From a CIA history, https://www.cia.gov/library/reports/general-reports-1/iraq_wmd_2004/chap3.html#sect8:


By 1989, Iraq had designed, manufactured and tested the first stage of a three-stage space launch vehicle. The first stage was a cluster of five Scud-variant missiles. Although the vehicle failed after 45 seconds, it proved a successful technology demonstrator for generic clustered designs.


The test achieved multiengine ignition, thrust build-up, release, and controlled ascent during part of the first stage trajectory. At about Mach 1, the aerodynamic stresses overcame the control authority and the missile inter-stage collapsed, according to an interview with a senior missile official and an UNSCOM report. According to senior Iraqi officials, Iraq continued studying clustered Scud engines for a year after the Al ‘Abid failure, ceasing in 1991.

Not much else...however.... I do remember seeing an AD ASTRA article on Iraq's launch capability back in 1991. It had a drawing showing the progression from your garden-variety SCUD to the Al-Abid/ Tammouz. Haven't seen it since. Anyone else remember this article? I'm so looking for this drawing.

Ick, that just seems like a cobbled together recipe for disaster. What were they thinking?! It seems that only out of Iran, Iraq and North Korea do you get crazy ideas like this that you KNOW will fail.

John21 said:
Ick, that just seems like a cobbled together recipe for disaster. What were they thinking?!
Click to expand...

That clustering available rockets together was a cheap way to build a space launcher. And they were right, so long as they do it correctly.

A little something from Dwayne Day.

A follow-up article from Dwayne.
http://www.thespacereview.com/article/1839/1
B

A photo of the satellite, plus a section of the UNMOVIC report on Iraqi long-range rocket and satellite launcher projects.

When I wrote the earlier article in fall 2009, there were some major gaps in the story. The most notable one was what were the Iraqis going to put on their satellite vehicle? We now have an answer to that.

It's worth noting that the UNMOVIC document (posted above) and the new information don't match perfectly. The UNMOVIC document implies that the Iraqis had help with their rocket, but we still don't know who helped them. The UNMOVIC document also indicates that the Iraqis started work on their own launcher after concluding that they could not get somebody else to launch their satellite. The new information on the Al'Tair satellite program states that it was intended for Ariane 4 launch and when it became clear that was not going to happen, they put the program on hold. The new source material does not mention the Al Abid rocket program.

But the puzzle pieces fit together rather well.
G

www.armscontrolwonk.com has some pretty good rocketry intel.
B

Yep, their discussions of the North Korean missiles have been top-notch. Iraq is only of historical interest these days.
N

Some links that I hope those interested will appreciate
View: https://www.youtube.com/watch?v=KG71jdlaPX8 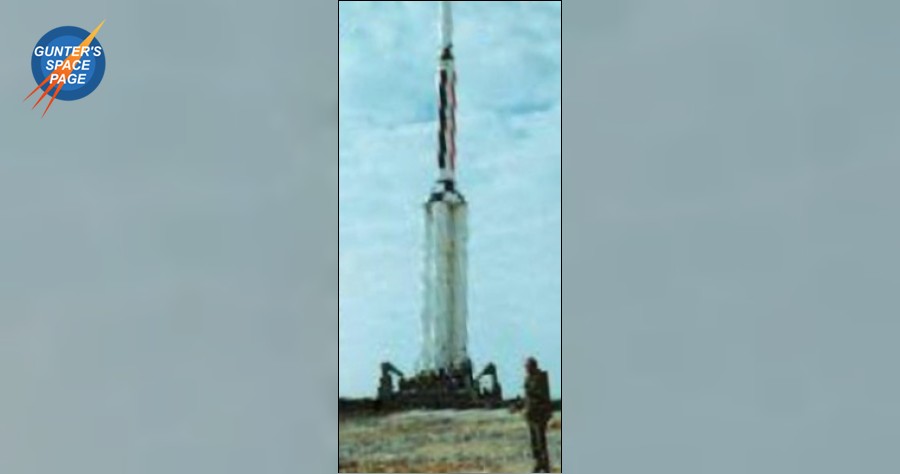 Iraq attempted to develop the Al-Abid space launcher and a MRBM based on Scud-technology. The first stage consisted of a cluster of five Al-Abbas (Scud-C). Another wider body rocket formed the...