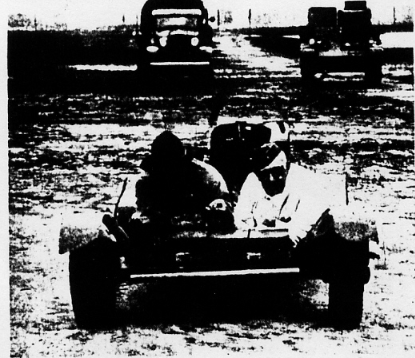 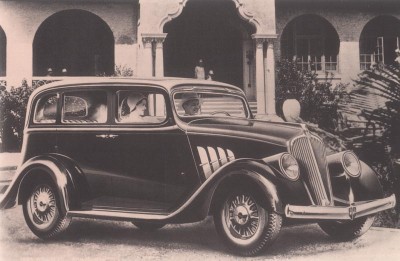 If the jeep represented a case of "love at first sight," it was also the culmination of a long search for a go-anywhere sort of utility vehicle. Learn more about four-wheel-drive vehicles and how they contributed to the development of the jeep.

Interesting. New to me. Currently racking my brains for a rear-engine front wheel drive vehicle.

What's going on with the hand-cranked .30 cal gun?

I'd imagine a ford model T in reverse gear would be what they did.....

CJGibson said:
What's going on with the hand-cranked .30 cal gun?
Click to expand...

From what I have heard, that was related to firing of blanks, they didn't have to do that with live ammunition.

Exactly. One hadn't been developed for that particular weapon during that time period because of budget restrictions.

What's going on with the hand-cranked .30 cal gun?

Wiki is your friend (sometimes): https://en.wikipedia.org/wiki/Rear-engine,_front-wheel-drive_layout

I was going to facetiously say a British car maker must have tried it and lo and behold some guy from Rover did...
R

Thousands of rear-engine, front drive tanks served in WW2: Sherman and all of the Panzers.
R

Howie Belly-flopper vaguely reminds us of the British Praying Mantis prototype built on a Bren Gun Carrier chassis. Praying Mantis would have been great for fighting in Normandy bocage country with its ability to fire over walls and hedges.
A few other nations experimented with similar giraffe tanks, but never entered production.

OTOH By the start of WW2, several European armies fielded motor-cycle side-car combinations armed with machine-guns, or anti-tank rifles (typically 20 mm). A few even experimented with mortars mounted on sidecars, but discovered - the hard way - that they still had to lower base-plates onto the ground before firing.