I was trawling through the net and came across this amazing UK based project, which has been on going for a number of years now, and exhibited at the Farnborough Air Show in 2018. Faradair features a basic design using a box wing and covers various sized aircraft from unmanned drones up to passenger carrying types. It has also approached the MoD with proposals for a military derivative of its largest model and even is looking at electric power for some of its models. The basic model is the Beha which is available in the following three models:
More can be found at http://faradair.com/fwp/faradair-about_us/. Here's a few illustrations from the site. The first shows the basic hybrid model, whilst the second shows the unmanned variant in a firefighting role. Finally the possible military use is shown by this illustration. In case you wonder how this could operate from one of the Queen Elizabeth carriers, may I point out the STOL capabilities of the design. 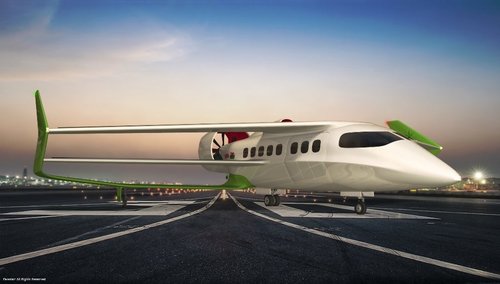 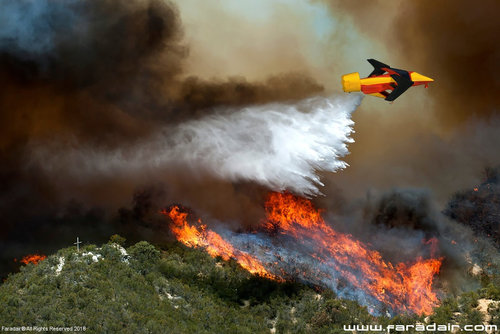 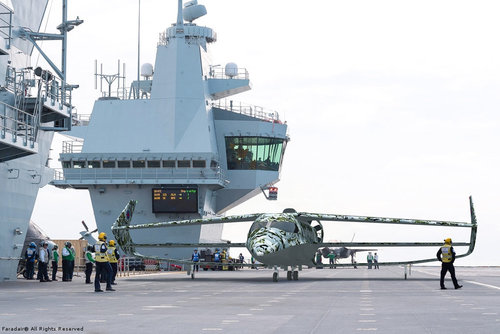 That ducted fan would be most efficient at low airppeeds.
Why they did not exploit the full depth of the fuselage - to increase vertical distance between wings - is a mystery to me.
The first version - optimized for 3 x LD3 cargo containers or 18 passengers exactly matches the mission Cessna's latest light twin. The Cessna prototype flew its first test flight during the COVI 19 quarantine.
Z

I stopped following these guys after their CEO insisted that the twin fuselage mounted airflow driven turbine on the early configuration would generate sufficient electrical energy to power the main propulsion? He’s since retracted this claim and deleted the turbines but it did leave me with an impression.

Not to mention the attempt to put a round propeller in a square hole and claim it was a ducted fan.
Last edited: Jul 10, 2020
M

Yes, really that’s what he publicly argued with a Canadian Airline pilot. His investor video claims “all the hard work is done” just hand over the money .... caveat emptor

When some company or project is clearly identified as a fraud, like this one, should they be moved to a special section or black list?
Z

Whilst the propulsion claims made in the early days were fundamentally unsound, they’ve since been retracted. So they now have a tailless triplane with a vectoring ducted fan providing both stability and control. This is within the realms of being demonstrated, but as to if it’s safe, and shows any commercial advantage is another question.

However I would suggest it illustrates an attitude within the seniors of the business which doesn’t come out from reading there website.

They’re not alone in the field of start ups making unsound claims, it seems to be the way these days. It’s the pendulum of time, go back 25 years and practically nobody even tried, now that everyone’s having a go, it’s not uncommon to see companies wishing to stand out from the competition by making claims that are somewhere between boundless optimism and downright lies. It’s happened before in history;- check out the Chester Bullet.
Last edited: Jul 12, 2020
You must log in or register to reply here.
Share:
Facebook Twitter Reddit Pinterest Tumblr WhatsApp Email Link
Top