F333E "Lizard" or a FERRARI for the ARMY

remember the OTO Gorgona R 2.5 the Eighties wheeled AFV proposal from Italy?
there was another AFV proposal form Ferrari and Lamborghini 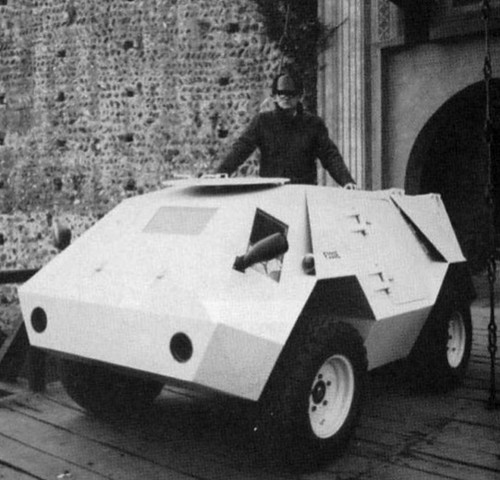 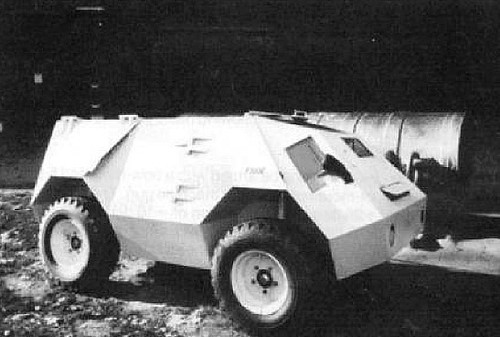 The Ferrari F333E Lizard was an odd little vehicle, it offered sports car performance with armored protection and special operations capabilities; had a reasonable price (one could buy several "Lizards" for the price of one Ferrari's top-end sports car) and provided a status symbol for some third-world dictators. Unfortunately it did not make any waves with the military, because of Ferrari's "absolute lack of experience in the military sales market"
Click to expand...

here is PDF (for 1.5 $ to Download) about F333E "Lizard"
http://www.dbookbooth.com/view_product.php?product=450&src_dbb=DBB_Publisher_Other_Products

The Ferrari isn't much, but I've got to say that I for one would join the Italain army for a shot at one of those Lambroghinis -- looks like a cross between a Humvee and a race car!

Don't forget to look at the OTO Gorgona on
http://www.secretprojects.co.uk/forum/index.php/topic,2758.0.html

Here is some more data on the Lizard. The following information has been copied from Jane’s Light Tanks and Armoured Cars 1984 by Christopher F. Foss. It is posted here for educational purposes.

Development
The Lizard F333E light armoured vehicle has been developed as a private venture by Ferrari Engineering SRL. The first of three prototypes was completed in 1980 and early in 1983 a batch of 15 pre-production vehicles was being built.

Description
The hull of the Lizard is of all-welded steel that provides the crew with protection from small arms fire and shell splinters. The floor is of double-skinned construction for increased protection against mines. Provision is made to prevent magnetic mines being attached to the hull. Its small size and low profile also increase its survivability.
The driver is seated at the front of the hull with bullet-proof windows to his front and sides. A 5.56 mm machine gun can be mounted to the right of the driver firing to the front of the vehicle. The commander and gunner are seated in the centre of the vehicle with a forward opening door being provided in each side of the hull. In the forward part of the roof is a single-piece circular hatch that opens forward where the light armament, for example, the 5.56 mm or 7.62 mm machine gun, is mounted. In the roof to the rear of the circular hatch is a two-part roof hatch that opens either side; a retractable missile launcher system can be installed at this position.
The engine compartment is in the lower part of the hull rear with the radiator at the very rear. The Lizard has permanent 4 X 4 drive and front, central and rear self locking differentials are fitted as standard.

Variants
The manufacturer has suggested the following basic variants of the F333E:

Anti-tank
This would have a two-man crew and have the same bow-mounted 5.56 mm machine gun as the scout model. Anti-tank armament consists of a Folgore weapon with an elevation of +20 degrees, depression of -6 degrees and a total traverse of 360 degrees; 8 projectiles are carried. As an alternative to the Folgore a Euromissile MILAN ATGW launcher and four missiles can be carried.

Commando
Three-man crew and fitted only with the bow-mounted 5.56 mm machine gun with a maximum payload of 200 kg being carried, including explosives, small arms and supplies.