here is some of De Bothezat helicopters and projects.

Higher-res version of the first scan:

Thank you my dear Stingray.
S

For this project there is also a video that contains many details of it's construction http://www.britishpathe.com/video/aerial-merry-go-round-usa-u-s-a/query/helicopter
S


After he abandoned his first helicopter in 1923, De Bothezat created a company specialized in building industrial fans. Then in 1937 he returned to helicopters and started the Helicopter Corporation of America. He built a single-place helicopter and entrusted its development with a Russian World War I ace pilot, Captain Boris Sergievsky. The machine weighed 600 pounds and was equipped with contra-rotating, all-metal fabric-covered rotor blades. The engine and transmission were mounted between the two coaxial rotors.

The test phase lasted for several months on a very small test yard. The machine's four wheels were tethered by ropes connected to the concrete ground by steel rings to avoid all inadvertent movement. On several occasions the machine took off and pulled hard on the tethers. One day, one of the ropes tore apart and the machine leaned sideways, resulting in the breakup of a rotor blade.

The machine was then taken to Roosevelt Field, Long Island, for the untethered flight test phase, which lasted for several months. It would be fair to talk about hops rather than flights, as the machine never lifted up any higher than 1.5 m in the air. Still, it demonstrated remarkable stability while hovering, to the extent that Sergievsky could let go of the controls and cautiously leave the cockpit. If we are to believe him, the machine then stayed in the air all by itself and even self-corrected any yaw!

Unfortunately, De Bothezat was overworked and died from a very sudden illness in 1940 at age 58, before the completion of his machine. A few adjustments were made to it afterwards, but they seemed to worsen rather than improve its stability. On one test hop at 1 m 50 it suddenly flipped over and fell. This marked the end of the De Bothezat machine.

Thanks, Hesham. And here (I think) may be the Helihop patent: www.google.com/patents/US2180922
All best, 'Wingknut'

Another cover-rendering of the De Bothezat Helihop - this one from Popular Science, March 1940:
http://cdn2.uk.mentalfloss.com/sites/mentalflossuk/files/styles/insert_main_wide_image_750/public/popsci14.png?itok=GRXlAVEE
This one maybe a bit more realistic than the gun-toting Mechanics and Handicraft one I posted above.

Here are some photos of De Bothezat's 1922 helicopter collected from the web a while ago.
Dubbed "The Flying Octopus", it was financed by the U. S. Army as the Engineering Division's H-1.

de Bothezat had designed a co-axial helicopter known as the GB-3-4 during the 1930s. It was a new concept. It incorporated twin co-axial rotors with the engine placed between the rotors driving them in opposite directions through gearing at both ends of the crankshaft. Corporation headquarters were located at 31-45 Davis Street on Long Island, and as was the case with most companies during these depression days was always short of funds to carry out operations.

Powered with an 85hp Franklin (possibility a 4AC-199-D2, four cylinder, air-cooled, horizontally opposed engine) “The Bug” as the GB-5 was known as, was first test flown by Sergievsky on 9 May 1940. Unfortunately Dr. de Bothezat had passed away at a Boston hospital on 1 February 1940 of “an old and untreated illness” at age 58. The GB-5 was tested in various configurations, but de Bothezat’s successor, Watson M. Washburn was unequal to the task as set forth by de Bothezat. The tests were moved to Roosevelt Field where they continued into the summer of 1940. The aircraft was unable to climb higher that 5 ft. A crash put an end to the GB-5, and very little is known about its eventual disposal.
The rotor diameter was approximately 28ft. And the total weight was 606.375 lbs. An article on the internet doubts that the helicopter could have auto-rotated. Certainly this seems quite likely.

Before de Bothezat passed away he came up with the concept of the “Heli-Hop” a one man helicopter intended for use by the military. Two designations are used in Sergievsky’s 1943 article, the GV-2 and GV-5. Romanian Aeronautical Constructions does show two different versions, however, the unexplained GB-3-4 test rig is another possibility. The Wikipedia article seems to imply that the GB-3-4 was the SV-2, and the
GB-5 “The Bug” was the SV-5. In 1948 the de Bothezat Impeller Company, Inc., was involved in a lawsuit.
Click to expand...

Hi, some hi-res images from National Air and Space Museum 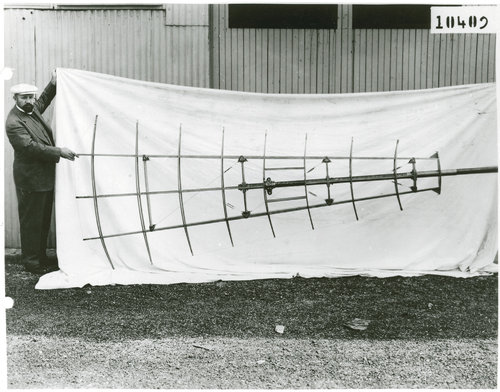 Plan view of the internal components of a de Bothezat Helicopter rotor blade; Dr. George de Bothezat (at left) holds up both the end of the blade and the white sheet used as a background. Probably taken at McCook Field, Ohio, where this photograph was filed September 12, 1921. 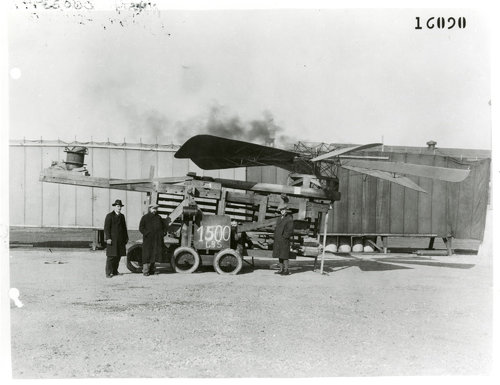 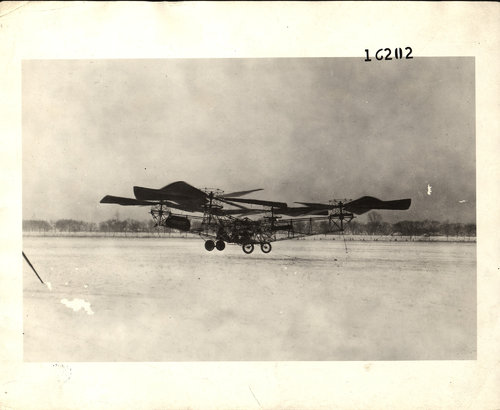 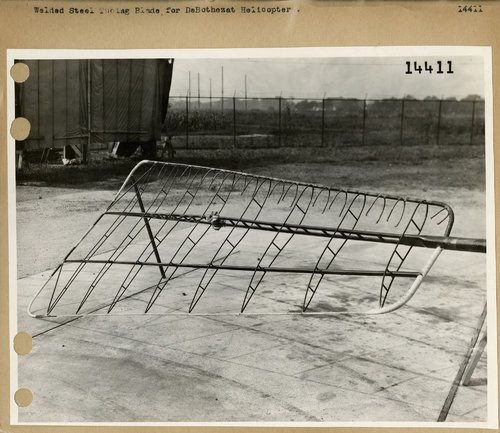 
You can find them here::