Does anyone have any drawings and specifications for the original proposed Mirage IVC, which was planed to be powered by two Pratt & Whitney J75 turbojets?

The French were to concentrate on and fielded the smaller, less powerful (and useful!) and most importantly for France ‘cheaper’ Mirage IVA supersonic bomber

It was the Mirage IV B

I cannot bring the drawing here, but there is one at least in Les avions de combat français of Jean Cuny, page 129 and in Dassault 1945-1995 part 2 of Carlier-Berger, page 107. But maybe one of these two drawings was bring on the site in another topic.

The design ended with weight and dimensions close from the actual Rafale. The project was scrapped in favor of the Mirage IVA, which in fact evolved from it...
P

Thanks for your effort gents ;D

It looks as if the French Air Force could have had a far more capable supersonic bomber, with an all important range increase (50%).
But then again its never the politicians that have to fly these missions is it!
Heck, if politicians did fly military missions, their aircraft would be chauffeur piloted, air conditioned, and equipped with a mini bar, and they would attempt to talk their way through enemy air defences

Its unfortunate that the Mirage IV C (with its PW/SNECMA turbofans) was not followed up. This could have given the Mirage IV series a far greater chance of competing in the requirements of foreign Air Forces need (Israel, RAAF ...........)

Does French Secret Projects contain drawings or additional info for the Mirage IVC? 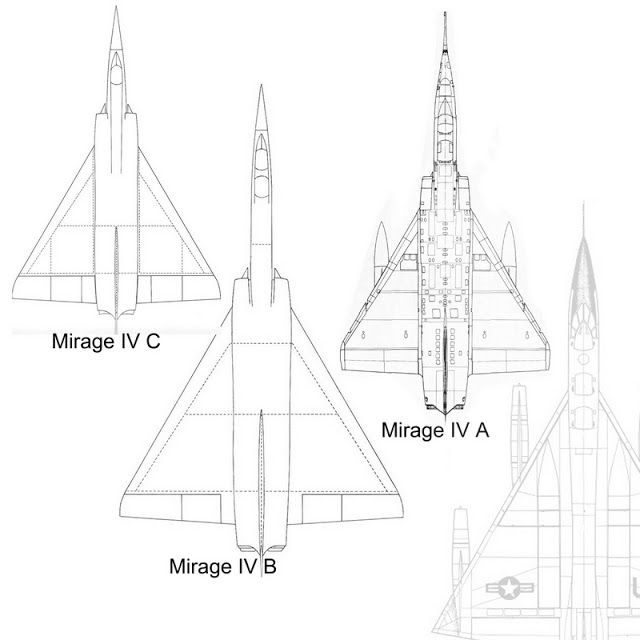 well a decade ago Le Fana dug out some photos of the unfinished ACF.
Seems like in the year 1959 some bits of Mirage IVB were build between february and september. Also wondering if a mockup was build.
Would be nice to have some photos of that beast !
A

this is Jean Cabriere testimony dated 1990 or so. A goldmine.

fuselage frames plus the skeleton of a mockup
Last edited: Sep 5, 2019