G'day folks,
Another project, this time a Lotus 49. I have found numerous simple plans but nothing of real detail and certainly nothing I can use for a reasonable 3d motor. Does anyone have a pointer I can get decent quality drawings from?
A whole new level of WTF from some of those searches and where they can put Lotus flowers really is, inspiring.
No, I thought Lotus flowers were edible but, just not like that.....

Can't help directly but when I used to be involved with such things, these people did the rebuilds of the cars I worked on. Maybe an email to them..? A very long shot but....
https://nicholsonmclaren.com/motorsport/case-studies/cosworth-dfv-r/
H

What scale do you want to build? There's bound to be a few F1 kits with a DFV.

Thanks folks, In CAD I usually go for 1:1 scale or, allowing for Sketchup being a pain at times, 1000:1. F1 kits of a reasonable scale costa del fortune these days. I shall do a Lord Percy or some such.
A

I have no idea whether they would be of any help, but I seem to remember watching a program about them, and they still had original drawings.
A

Would it be possible, circa 1970, to build a street car with a derated Cosworth ? I'm surprised no british or american genius mechanics ever tried it...

Thanks for that link, I have contacted classic team Lotus, no reply as yet. A series of Supervans (Transits) did arrive over several years but as far as I know they were drag strip specials. I am surprised too at the lack of a street legal conversion after all, there are a few Meteor/Merlin types out there which I think make less sense. 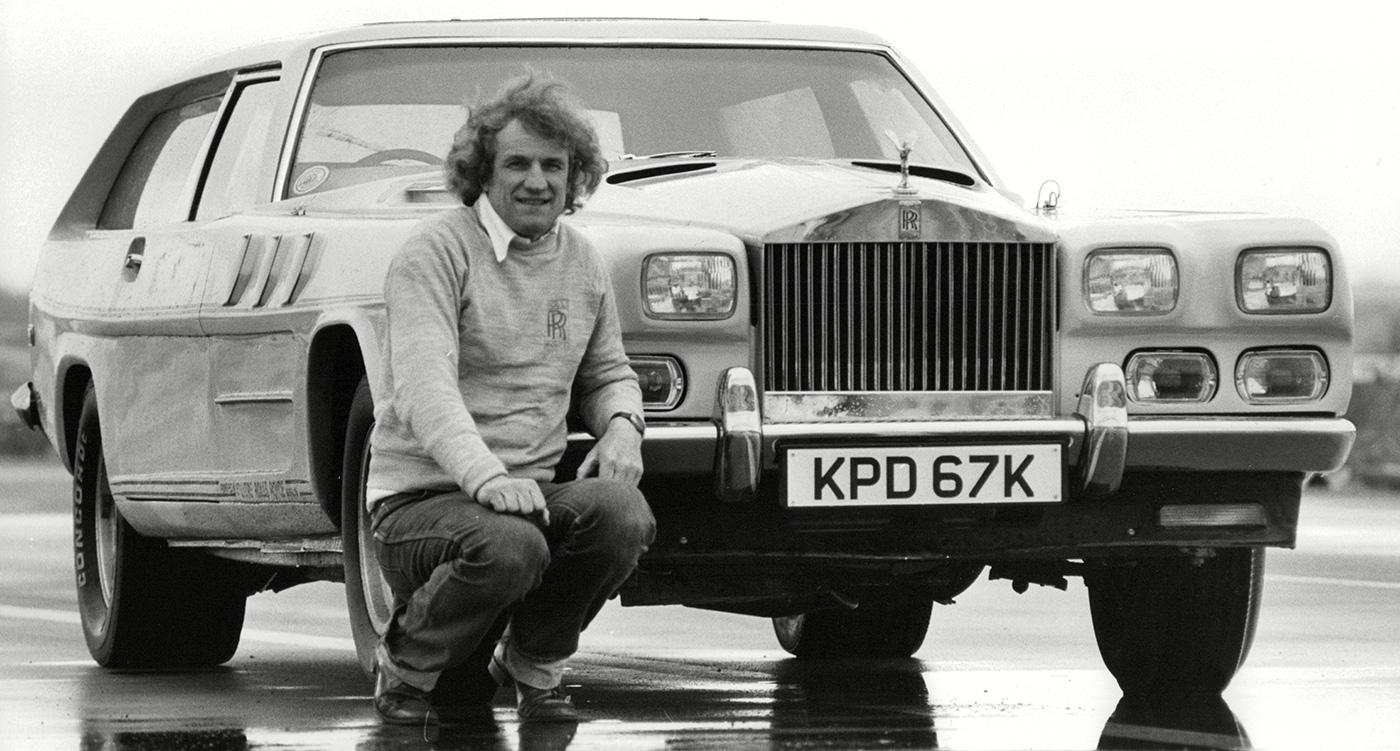 John Dodd and the Merlin-engined monstrosity that infuriated Rolls-Royce

Wearing hand-made glassfibre bodywork with a backwards-mounted 27-litre Merlin V12 (minus superchargers) driving the rear wheels through a step-up gearbox, the Merlincar is possibly one of the most curious cars you’ll ever see – and for its owner John Dodd, it certainly proved the costliest. The... 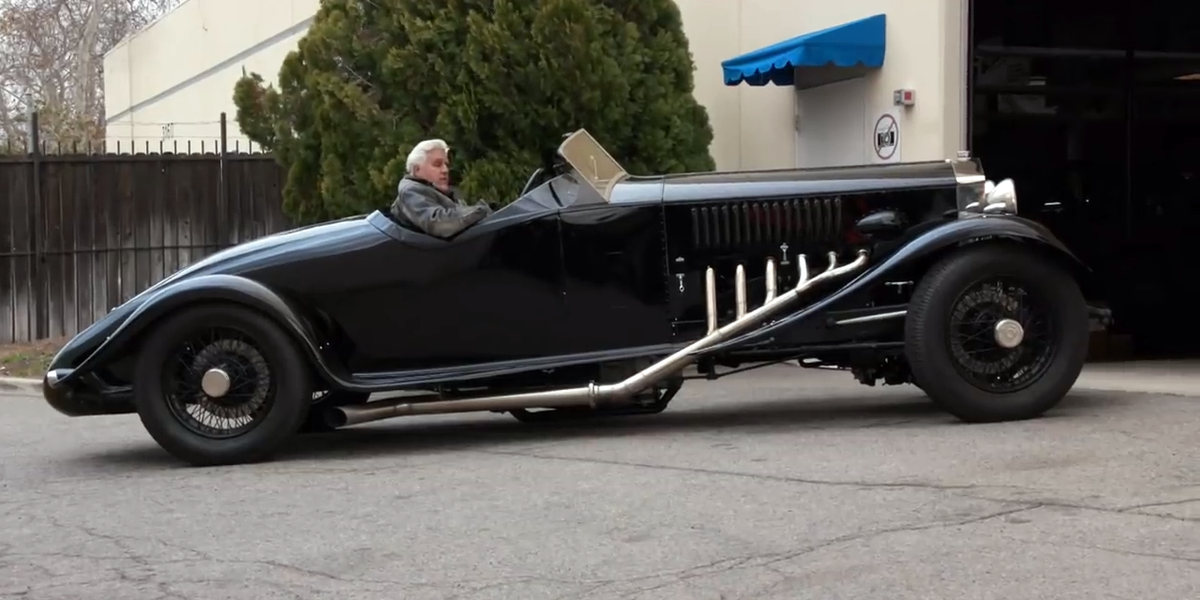 Yes, there's a Merlin under the extremely long hood of this car, able to do 80 mph at idle in top gear thanks to 1700 lb-ft of torque.

The problem being that (in F1 trim...) they're good for about 600 miles and then require a rebuild and the bill for that is 10s of £k However, the DFL was used in Group C cars and they were good for 24hrs at Le Mans but even they would need a post-race rebuild.

Well, no point in having a pathetic F1 engine when you can get a V-12 from a Spitfire or Mustang.
A

The DFV idles at about 2000 rpm and has no torque at low rpm, making it undrivable in traffic.

Now then, THAT would be a beast and a half, well worthy of a punt before new rules drive us off the road and into pedalos on wheels. Well, anyone not rich or friends of government,
N

here you are:
View: https://www.youtube.com/watch?v=qg6WdboK1nY&ab_channel=FordHeritage

A tamed DFV with moderate cam timings, smaller carburettors (or better electronic ignition), proper air filtration, exhaust mufflers etc. would have turned it into a nice engine for sport cars, but not necessarily much better than existing sport car engines of their time. Ferrari did something quite similar when developing the engine for the Dino. You need to make compromises for practicality (idle speed, torque curve, NVH, fuel consumption, life expectation, etc) which would drop the power output to a not so impressive level.
Last edited: Jun 12, 2022
N

By the way, it is said, that Keith Duckworth "invented" the small valve angle with the DFV engine. Of course, this is not a true invention and some aero engines had 4 valve heads with smaller valve angles before , but he might have been the first one who realized, that short stroke race engines need an improoved design for the combustion chamber with smaller valve angles (meaning slightly smaller valves) rather than maximum valve sizes with a wider angle (as used in 2 valve cars). The intake ports might intentionally or not, produced a tumble of the charge motion which helps with the combustion speed. The German direct injected aero engines also used such a charge motion and it was allready considered beeing helpfull for charge mixing, but the advantages for flame speeding weren"t fully understood for a long time. Yamaha promoted a tumble charge motion in the 80 th for a motorbike engine and found out that it works better than swirl. On the first glance, it seams not to be very logic, because the benefit of such a charge motion occures long after the motion itself has vanished (close to tdc). In fact, when the motion breaks up, small eddies occure which help to speed up combustion by giving the flame front a higher surface. This tumble motion became the main driving force in Otto engine development in the past 20 years.
A 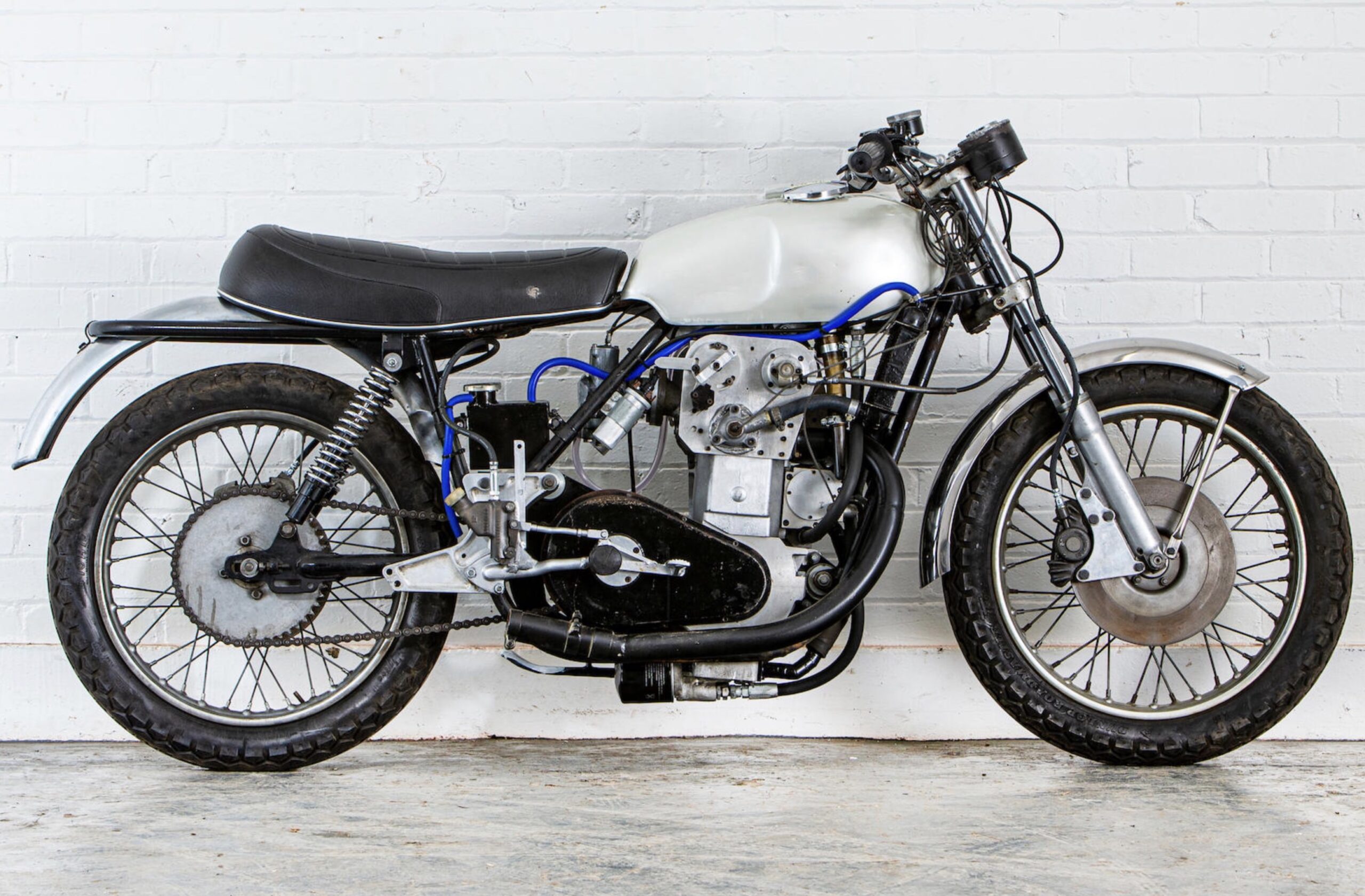 The motorcycle you see here is a prototype that was never meant to be seen outside the Norton Villiers Triumph engineering department, however unlike many

Hopefully not too far off topic, but this shows what (part of) a DFV-powered road-legal vehicle may have looked like.
A

Ferrari did something quite similar when developing the engine for the Dino
Click to expand...