Can I ask if Convair Model-62 was also airliner project as I heard
or not ?.

Yeah that one day turnaround time on information is a killer, isn't it?

Uh, yes, but I was looking for something else (totally else...) ;D

I discovered that the Convair Model-62 was a stretched version of
Model-58 (civil projects from B-58 ) and could accommodated 52-
passengers as supersonic transport aircraft,powered by four P & W
J58 engines,but I can't send a drawing to it now.
L

Hesham,
You can take a look in the 'Civil Aircraft' department of
Orionlam's site about the civil B-58 variant...

Air Force One based on a stretched B-58...
You could repeal the 22nd amendment!

I hope, reviving this old thread is ok, but in Aero 4/1960, I've found a drawing with the
caption "Convair 60" described as a short haul airliner, derived with minimum efforts from
the 880/990. It should have been powered by P&W JTD3D or GE CJ 805 engines and carried
between 65 to 85 passengers. As reaction from the carriers was luke warm, Convair shifted
to a version, which used the wing of the 880 and is described as desiganted "Convair 49",
following the take-off distance of 4900ft (1500m).

Thanks Jens ! That's the 3.view I say in AW ! Probably was a press briefing materiel.

The Convair Model 60 / Model 61 was a design-proposal for a scaled-down Convair-880, which was conceived as a rival to the Boeing-737.
The following picture links and quotes are stolen from a.net: 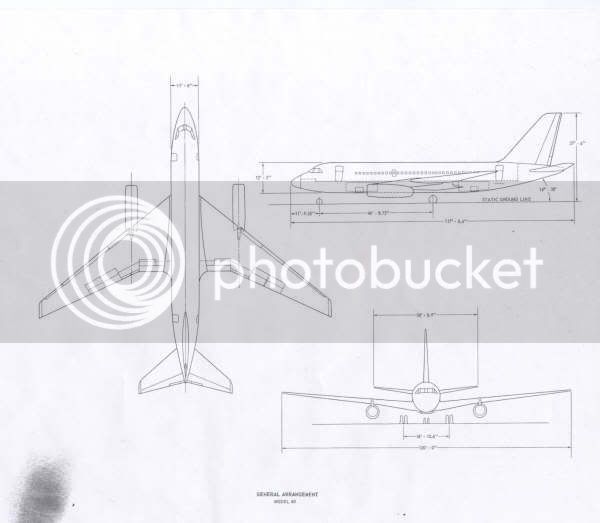 Description: Photo depicts a design-proposal for a scaled-down Convair-880 derivative known as the Model 60, which was conceived as a rival to the Boeing-737. The aircraft was to be powered by a pair of wing-mounted, aft-fanned CJ-805-23 turbofans and utilized virtually the same wing as the Convair-880M.
Click to expand... 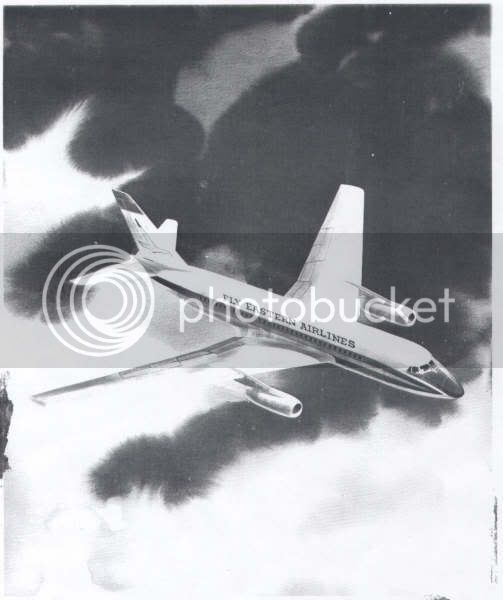 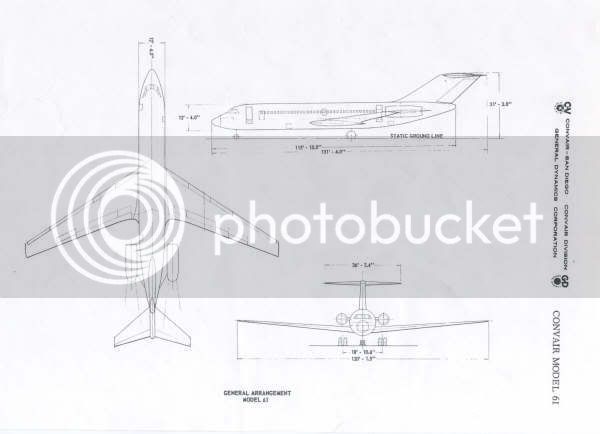 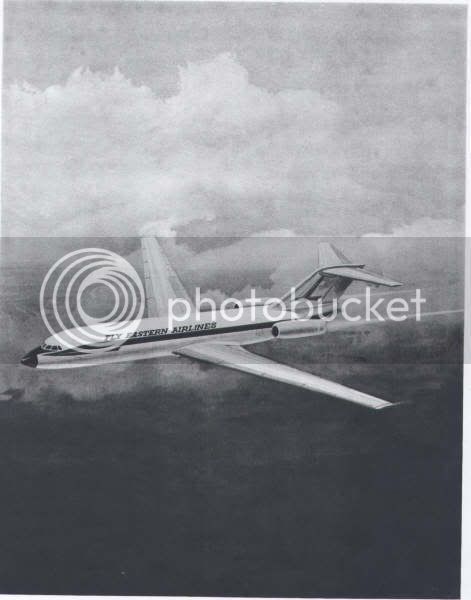 I think the title ought to reflect the fact that this topic is about both the Models 60 AND 61 since these are quite distinct designs.

Model of Convair Model 61 from the San Diego Air and Space Museum Archive.

Artist's impression of Convair Model 60 previously hotlinked in this topic.

Three-view drawing of Convair Model 60 previously hotlinked in this topic.

Artist's impression of Convair Model 61 previously hotlinked in this topic.

Three-view drawing of Convair Model 61 previously hotlinked in this topic.


the scale-down version of Convair Model-880,estimated to be powered by two General Electric
X220 turbofan engines.


a strange Convair airliner design,accommodated 60 passenger and had a "high-wing",
and intended for Convair-Liner replacement,what was this ?.


a strange Convair airliner design,accommodated 60 passenger and had a "high-wing",
and intended for Convair-Liner replacement,what was this ?.
Click to expand...

Certainly not related to the Models 60 and 61. Perhaps related to the N-2 series of designs (date fits perfectly). See:
http://www.secretprojects.co.uk/forum/index.php/topic,10228.0

Skyblazer said:
Certainly not related to the Models 60 and 61. Perhaps related to the N-2 series of designs (date fits perfectly). See:
http://www.secretprojects.co.uk/forum/index.php/topic,10228.0
Click to expand...


the problem is still there,it was a "high-wing" design ?.
S

hesham said:
the problem is still there,it was a "high-wing" design ?.
Click to expand...

So far I haven't seen a precise description of the N-2 series of designs. It is very possible that a high-wing configuration was considered. After all, Martin did the same at some point on a 2-0-2 derivative study. And don't forget even Convair toyed with the idea earlier on with their Model 107 project.

That Convair supersonic model almost looks like it has wings from a B58 Hustler supersonic bomber.
Clearly, Convair was trying to build civilian transport based on military experience ...... the same way Boeing used lessons-learned on B47 and B52 bombers when designing their 707 airliner.