Challenger 2 LEP & the new wave of the european defense companies

Some picture of a new Chally 2 version with new turrets equipped with Rheinmetall 120 mm L/55 gun and the same optics what the AJAX use: 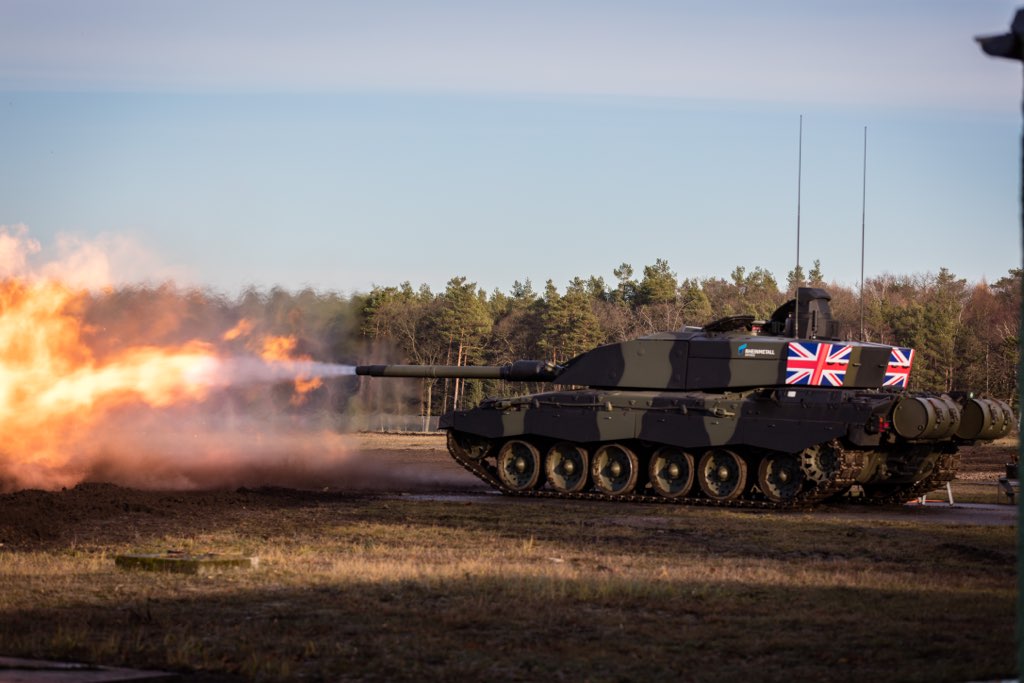 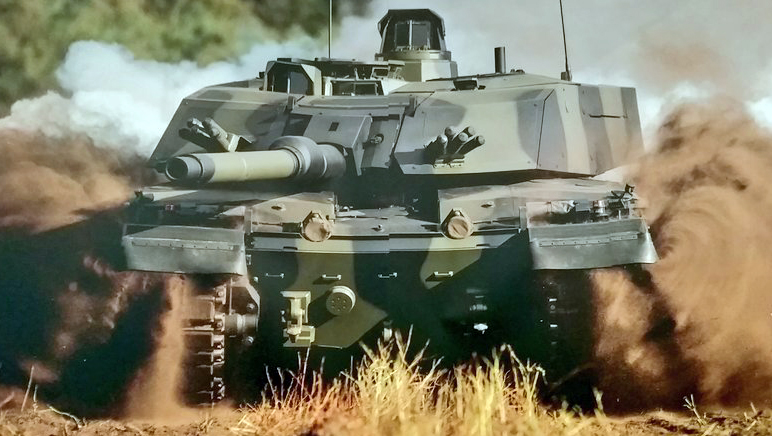 BAe just announced that they would sell 55% of BAe's Land Systems & Armament UK to Rheinmetall, but would remain a minority owner (clarification: It's only the BAe Land UK).

BAe did not really have much choice. Nexter (the French combat vehicle and gun manufacturer) and KMW (the German combat vehicle manufacturer) were merged in 2015, so Rheinmetall and BAe were on a forced track. KMW and Nexter had already been in a company almost all that needed for a tank (the Nexter have it's own gun development section) - so the former KMW-Rheinmetall brotherhood after decades of good operation (the Rheinmetall make the guns, KMW had developed a vehicles) begin to show cracks...

At the beginning of the 2000s, BAe bought quasi-semi-compulsive British war firms, the BAe itself relatively went well after the cold war, while the land-based weapons and ships makers not really. That's how the Royal Ordnance and Alvis Vickers came into their possession. The former went into bankruptcy and the latter find itself in a difficult financial situation, so the General Dynamics show up with an acquisition plan for £ 309 million. At that time BAe was already a minority shareholder in Alvis Vickers and rather than let a big competitor build momentum at their home, they bought the majority of Alvis Vickers for himself.

But afterwards they were unable to bring life to the land-based warfare division (the shipbuilding section, even if not so cheerfully, but can bloom thanks to the QE2 class). The United Defense acquired by BAe in 2005 did not help much, practically got the Zumwalt class AGS (perhaps this need no further explanation), and the Mark 45 ship cannon plus the Bofors (which was part of the UD at that time) had the 57mm Mark 110 gun bring some revenue.

The Rheinmetall itself was relatively stable (alone roughly twice as big as KMW + Nexter company), but originally believed they can bring the KMW under its own wings, but the KMW resisted. The cracks between the two companies began to appear at some point in the late 2000s, Rheinmetall began to develop its own combat vehicle programs, seeing after how the Boxer armored vehicle and the PUMA IFV development ran (both collaborate working of KMW and Rheinmetall). The MBT Evolution development package designed to support Leo2A4 developments with AMAP armor modules, competing with KMW's own Leopard 2 development packages. The next attack point of Rheinmetall was the IFV's although Rheinmetall was also interested in the development and production of PUMA, still developed an own competitor: the Lynx IFV family.

This was followed by the KMW + Nexter merger in 2015, which was a eye opening moment for Rheinmetall and perhaps for BAe.

After that, there is some silence, and boom, BAe sells the majority of BAE Systems Land & Armaments to Rheinmetall and will only be a minority owner in this branch. Presumably, the KMW-Nexter merger pushed BAe more towards Rheinmetall because it would not have been able to compete with the other two major competitors (GDLS and KMW + Nexter). Take note, the british army choose the tracked AJAX APC / IFV / reconnaissance family, build by the GDLS. The BAe could only comfort itself with a wheeled APC tender won by Boxer, with his partner KMW and Rheinmetall ...

The end is what is now unfolding on the European land-based defense companies. There will be a French-German (KMW + Nexter) and an English-German (Rheintell BAe Land Systems) land vehicle manufacturer multi, and the third major player at the US General Dynamics Land System.

It will be a major issue in the years to come that the players will streamline their portfolio (eg. Rheinmetall has won the CV90 next to PUMA and Lynx in the IFV portfolio), and that in the future their can be interesting what bring for the tenders (For example, with new turreted Chally2 version, Rheinmetall could even start betting on the Leopard 2-oriented tenders, which a bit morbid, but not completely unrealistic ...).

What a sad state of affairs. What next? Selling the paper in the rest rooms and renting it back?

Foo Fighter said:
What a sad state of affairs. What next? Selling the paper in the rest rooms and renting it back?
Click to expand...

Are you giving them ideas?