I need this article:

Now that the production of the radars for the Air Defence Variant of the Tornado Aircraft and their delivery to the Royal Air Force has been completed, it is possible to tell some of their story. The article starts with a simplified explanation of how a radar on a moving platform such as an aircraft can detect other aircraft without being swamped by ground clutter, discusses alternative solutions to this problem, and concludes with descriptions of the eventual radar hardware and displays.

Anyone have interesting Tornado books or articles, especially more recent ones. I am looking specifically for Tornado F2/F3 avionics information.

Dude. I have the ENTIRE run of World Air Power Journal!

Well, if you get a chance to check any Tornado ADV articles over for me...

I started writing a small Word document on Tornado ADV avionics, but the radar section alone has run to a number of pages. However, a lot of the sources are from 1985/86. Obviously a hell of a lot has happened since that time (Foxhunter actually WORKS these days) and I feel I might be missing some info.

Volume 3's focus aircraft feature was on the Tornado. I'll mess with the scanner this weekend and scan those two articles, and anything else that might be either in there or in International Air Power Review. I'll see what, if anything, else I have around here also.

Dude. I have the ENTIRE run of World Air Power Journal!
Click to expand...

WAPJ Volume 3 (Autumn/Fall 1990): Panavia Tornado-Paul Jackson
From page 69:
"Other changes (he's talking about in the first F.3s as opposed to the F.2s) include a second Ferranti FIN1010 inertial navigation system for increased accuracy, as the ADV does not have the same opportunity for confirmatory radar fixes as its companion IDS."
...some BS about adding AIM-9s and other junk...
"Delays in the development and production of the GEC Avionics (Marconi) AI.Mk 24 Foxhunter pulse-Doppler radar resulted in the Tornado ADV gaining IOC much later than planned. Following trials in a Canberra and Buccaneer, Foxhunter first became airborne in a Tornado on 17 June 1981, almost a year after the target date. The third prototype, ZA283, was the test aircraft and by March 1983 was on to its third version of the radar, known as 'B' Series. Production F.Mk 2s were due to begin rolling off the line with Foxhunter that year, although it was not until July 1983 that the first of 20 pre-production radars was received. As a result, Tornado deliveries to the RAF began on 5 November 1984 with lead ballast in their noses, and not until mid-1985 did aircraft begin leaving Warton in a complete state.
Acceptance of Foxhunter did not imply complete RAF satisfaction with the equipment. Early radars were delivered below specification, partly as a result of the RAF demanding greater capability after the development contract had been agreed. No tail-chase programming was initially requested, and this had to be added later. Principal shortcomings were large sidelobes increasing vulnerability to jamming and substandard multi-target tracking capability - the specification apparently calling for 20 aircraft to be tracked while continuing to scan. A three-year program of improvement was initiated with the intention of having all Tornado ADV radars up to the required standard by the early 1990s.
The original allocation of radars was Foxhunter Type W (70 built) in 62 Block 8-10 aircraft and Type Z (80 built) in 80 from Blocks 11-12. The final 76 sets (comprising 50 for 46 RAF aircraft and 26 for 24 Saudis) have been fitted in Block 13-15 aircraft from early 1989 onwards. Type Z radars meet the original ASR 395 specification before the RAF asked for additional capabilities, so to obtain this minimal performance, all but 26 Ws have been upgraded to Zs, beginning in 1988. Type Z includes improved range and tracking, whilst the new Stage 1 standard, though having better cooling, relies mainly on revised software to give improved ECCM and close-combat capability. Manufacture of Stage 1 radars began in September 1988, and their software is also being installed in 124 Type Zs (including those modified from Type W). Finally, modification kits will be delivered in 1991 to upgrade Type Z Foxhunters to Stage 2, with the addition of a new processor giving automatic target acquisition and tracking and discrimination between head-on targets by analysis of their first and second stage compressor blades."
From page 70:
"The Tornado ADV is equipped with a GEC Avionics AI-24 Foxhunter airborne intercept radar. Early problems with this radar have now been mostly solved, although RAF aircraft presently have a variety of radar standards. THe radar operates in the I-band using a pulse-Doppler technique known as frequency modulated interrupted continuous wave. The advanced cassegrain antenna gives good performance even in a high-clutter or jamming environment, and the hydraulic servos that drive it give precise and stable beam pointing even under heavy g."

Dude. I have the ENTIRE run of World Air Power Journal!
Click to expand...

Seriously though, if you can find an index or know of an article you want or something specific you'd like some material on, feel free to let me know. May take me a few days, bit I'll get it sorted. That goes for the rest of you sorry lot as well!

Whew! More of this one later.

Thanks a lot Sean, that is quite helpful. Might have been less work to scan the pages, though!

overscan said:
Thanks a lot Sean, that is quite helpful. Might have been less work to scan the pages, though!
Click to expand...

You'd think so, right? But I can't find the freaking cable! That is irritating for a few different reasons, there's some new documents I'd love to scan in and get on here as well.

Anyway, here's the rest of the bit from Volume 31:
From page 126:
"An interim modification state, known as Stage One Plus, was hurriedly rushed into service on those aircraft deployed to the Persian Gulf in 1990 for participation in Operation Desert Storm. The Stage One Plus upgrade combined a series of modifications intended to enhance the Tornado F.Mk 3's combat capability and survivability, together with modifications which allowed the aircraft to operate in the Gulf's harsh climatic conditions.
The Foxhunter radar was upgraded to AA standard, with improved cooling and revised software which gave much enhanced ECCM and close-combat capability. The Tornado's high-PRF radar is ideally suited to the long-range stand-off engagement of enemy bombers, but is not optimised for colse-in dogfight type engagements. Marconi reportedly began working on a Medium PRF version of Foxhunter to remedy this deficiency, but the Type AA radar was a useful interim step."
From page 127:
"The planned introduction of a new processor will bring all surviving RAF Tornado F.Mk 3 radars to Stage Two (AB) standard (also known as Stage 2G), allowing automatic target acquisition and tracking, and discrimination of head-on targets through analysis of first- and second-stage compressor discs. Modification kits were to have been delivered in 1991, but there have been delays."

That actually appears to be the end of the radar bit, I thought there was a little more to it yesterday. Guess not.

International Air Power Review No.13 Summer 2004 has an article on the Tornado too.

Yeah, you're gonna be SOL on that one...my subscription managed to die out after the first 10 volumes. I haven't gotten around to getting the back issues and resubscribing...yet.

They don't seem to be offering back issues anymore :'( I have 20 or 30 WAPJ and maybe a dozen Wings of Fame but I was hoping they'd be around long enough to get them all. Oh well. Got most of the ones I was really interested in.

I'm interested in obtaining a copy of the article.

Not sure about the article, but is this the image you were refering to? 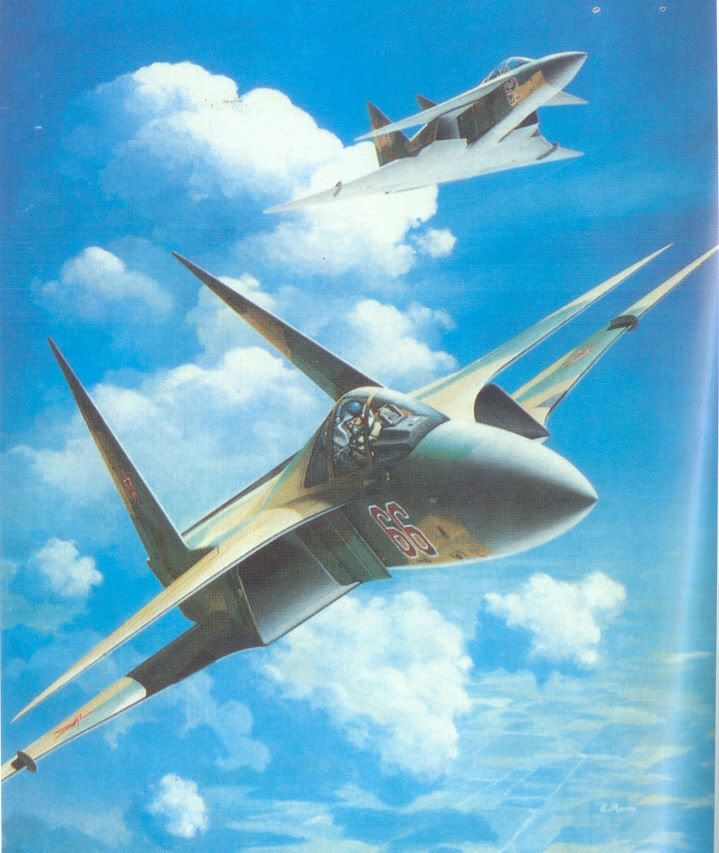 Yes, Greg, thats the beastie Thanks!

Anyone can scan for me AW&ST cover/article with LM Polecat UAV photos? I've been late with my AWST subscription this year.
Thanks in advance!

flateric said:
Anyone can scan for me AW&ST cover/article with LM Polecat UAV photos? I've been late with my AWST subscription this year.
Thanks in advance!
Click to expand...

Has someone taken care of your request yet, Gregory? If not, I think I still have my issue I can scan.....
D