Jemiba said:
Sure, that it is related to the Mercure ? It rather reminds me on the Mystere 30,
shown here from Aviation Week 1972 1-13.
Click to expand...


may be there is two Mercure.


here is early drawing to Dassault-Breguet Mercure,completely different,it had a
rear mounted engines.
Click to expand...


I think I can solve this problem,maybe this aircraft was the Dassault Mystere 100.

The lone Falcon 30 fuselage is part of the CAEA collections - see my signature for more details...

Nice Mercure from a 1969 Aviation Week.

Other than it's general configuration, did the A320 family inherit anything from the Mercure?

taildragger said:
Other than it's general configuration, did the A320 family inherit anything from the Mercure?
Click to expand...

There was no link between Dassault and Airbus at this time (and even now).

The Mercure was a good plane, but too expansive.

Thanks for the reply.
The link between Dassault and Airbus is the French Treasury. It invested a lot in both aircraft and it seems to me that someone in the French government could have directed a transfer of IP from Dassault to Airbus if it was thought worthwhile.
A

The only (indirect) link between Mercure and A320 I'm aware off is... the CFM-56 turbofan. The French government and Dassault seriously considered a CFM-56 Mercure (circa 1977 or so) but the A320 was prefered, and Dassault got out of the airline market entirely. They have not returned since then, which is hardly surprising, considering that the Mercure failure cost the company an arm and a leg. Only Marcel dassault political lobbying got the French government imposing 10 Mercure to Air Inter (just like Concorde at the same time).
A

answering to my own post some months later ;D

Digging into the Flight International archive and other sources, it seems that the Mercure 200 very nearly missed the "A320" train in 1976.

1974 the "group of six" is born: HSA and BAC, Fokker, Aerospatiale and a couple of German companies.
early 1975 Dassault join the team with their Mercure 200: a CFM56 powered Mercure for Air France, with longer range.
Competitors are: BAC 3-11 and Trident. But also Aerospatiale (SNIAS) A-200.

Yet Aerospatiale tried to seduce Vought for licence-build A-7 Corsair II in Toulouse, they also insisted on trainer (against the Alpha Jet) only to be rebuked by Messmer, Pompidou and other gaullists.
Yet at the same time, Dassault, who had been told NOT to make airliners, screwed Aerospatiale building the Mercure, only to fail miserably.

On top of that, Aerospatiale is winding down Concorde production, but Airbus A300 is DOA until Frank Borman and Eastern Airlines, in 1978.
so Aerospatiale Toulouse plant is mostly empty.

In the end, on paper, what makes ton of sense is Dassault teaming with Aerospatiale to build a CFM56 powered Mercure - the 200.
That would kill three birds with one stone: the Mercure, the CFM56, and Aerospatiale.

What's more, Aerospatiale is part of the group of six... and Dassault, well aware of all the above, rush to join that group.
By early 1976 - job done. Even the British, even Fokker agree that the Mercure 200 make sense. What's more, that group of seven link to Airbus for a second project that later become... the A310 !

So all boxes are checked: Aerospatiale, group of seven, CFM56, Mercure, Airbus. By spring 1976, the group of seven is willing to adopt the Mercure 200 and link it to Airbus.

...and there it goes down the drain.

Because Dassault and Aerospatiale hate each others, in summer 1976 Dassault look toward... McDonnell Douglas. Then just to piss them off, Aerospatiale take the absurd step to study the A310 with Boeing! With the A.200.
What is very damaging is that Dassault went to MDD with full blessing of the French government, and this pissed off the group of seven.

The Dassault - MDD bird, Mercure 200, become the ASMR, only for Douglas to screw Dassault and develop the MD-80 with improved JT-8D.

In 1977 the French government order Dassault to join back the group of six... which now has become J.E.T. Within it, the Aerospatiale A.200 has slowly started to morphe into... the A320.
Dassault nonetheless join J.E.T... only for Aerospatiale to scorn them for six month until they leave the boat. Ding dong, the Mercure is dead, for good.

Now had Dassault and the French government NOT embraced MDD, then the Mercure 200 could have become an early A320. No FBW, for sure, but CFM56 and HUD and stretched variants up to 80 tons, same dimensions and diameter as the A318 / 19 / 20.

It is amazing how MDD fooled Europe, twice, with a paper aircraft that was killed, both time, for a revamped DC-9.
At least that strategy finally blew into MDD face when the A320 ate the MD-80 series for dinner, in the 90's.

In an ideal world, Fokker would have become Airbus-bis with the F-27 and F-28, the later eventually stretched to link with the Mercure 200. Then, Airbus A310 and A300.
Of course ATR would never exists in the first place (1983) since it would duplicate the Fokker F-27 and F-50.

Archibald said:
answering to my own post some months later ;D
It is amazing how MDD fooled Europe, twice, with a paper aircraft that was killed, both time, for a revamped DC-9.
At least that strategy finally blew into MDD face when the A320 ate the MD-80 series for dinner, in the 90's.
Click to expand...

Years before, Douglas was playing the same game with Sud-Est Aviation "Caravelle" for the DC-9...
A

Yeah, the A320 *avenged* quite a lot of european airliners when you think about it. ;D It took a very long time for Europe to learn that no single country could beat Boeing or MDD by itself. L'union fait la force (or: l'oignon fait la farce)

Missing from Archibald's account above of European maneuvering leading to the A320 is the account in the August 22, 1977 issue of AW&ST (http://archive.aviationweek.com/issue/19770822#!&pid=28) of a proposal to sell 737 development rights to a 4-company consortium (BAC, Aerospatial, MBB and VFW-Fokker). The proposed airplane (referred to as the 7E7) would have been rewinged and sport CFM56 engines (with refanned JT8D-209s as an option). Boeing's 737 business would have been wound down.
Fitting the CFM56 under the 737 was quite a trick and the article's confident statement that they would fit, in retrospect, implies that Boeing had already done quite a bit of integration work and would be transferring that, not just development rights. I don't think anyone would purchase the 737 program on the hope that a large fan engine could be made to fit.
Boeing's willingness to consider selling the 737 program suggests to me that they were skeptical of it's potential and saw development of an all-new airframe as an attractive alternative, especially if the existing business could be converted to cash and 4 potential rivals locked into a geometrically-limited design.
The world would likely be different had this deal gone through. Boeing would probably have developed a 737 successor better suited to future stretches, Airbus would be defunct or a shadow of it's current self, and the 7E7 consortium (as a new entrant without Boeing's market power) would probably not have been able to get the same mileage out of the 737.
A

Sweet jesus. Are you telling me Boeing was to dump the old 737 on the Europeans (with improved engines, admittedly) and then develop a brand new fuselage, same wing / engine, - to screw them ? 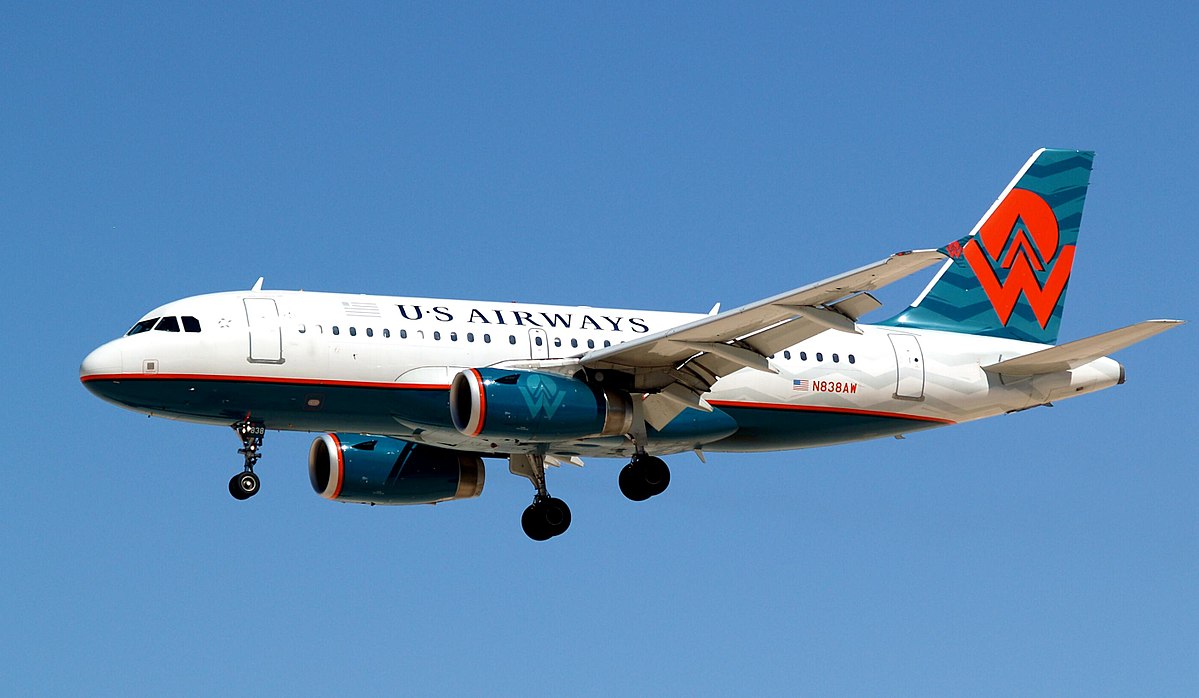 Archibald said:
Sweet jesus. Are you telling me Boeing was to dump the old 737 on the Europeans (with improved engines, admittedly) and then develop a brand new fuselage, same wing / engine, - to screw them ?
Click to expand...

The article doesn't state that Boeing would have developed a successor airframe, but I think it's reasonable to assume that they wouldn't leave that market segment unserved for long. The whole deal was enmeshed with the process that eventually led to the 757/767 which, at that point, envisioned significant British and/or European involvement.
I wouldn't call the deal a "screwing" though. The 7E7 consortium weren't children, they were contemplating purchase of a proven program with some development life in it. The second and third-generation 737s produced by Boeing have had a pretty good run after all. Unless unlikely guarantees were made, they'd have no reason to expect Boeing to withdraw from the small jetliner business.
I always thought Canadair got the short end of a similar deal though when they purchased a licence to produce the DC-4 (Northstar) just before Douglas launched the DC-6.

taildragger said:
I always thought Canadair got the short end of a similar deal though when they purchased a licence to produce the DC-4 (Northstar) just before Douglas launched the DC-6.
Click to expand...

I don't think so, necessarily. I don't know if the Canadian market could have supported DC-6 airframe size/capability at the time. Also, balance of trade and/or tax issues forced the selection of the RR Merlin engines which probably did not have the power for the DC-6 gross weights.

I think that the North Star program was aimed at the British Commonwealth market, not just Canada. I don't know whether the license allowed development into a larger aircraft, but imagine that the launch of the DC-6 killed the market for new DC-4s or equivalents. I've read an account of the program (The Canadair North Star by Milberry) which, as I recall, supported this view. It described the company management as blindsided by the DC-6 program launch and attributed the aircraft's relative lack of commercial success to this unexpected competition. It's hard to understand why Canadair management wouldn't expect Douglas to launch a post-war successor to a pre-war design and that the successor, even if derived from the DC-4, would be sufficiently changed to merit a new type designation.

hesham said:
From Jane's All the World's Aircraft 1965-1966,
here is early drawing to Dassault-Breguet Mercure,completely different,it had a
rear mounted engines.
Click to expand...

Hi Hesham,
looks like you were right.
An early version of the Dassault Mercure had a rear engine arrangement and a tail just like the soon upcoming Dassault Mystère-Falcon 30 & 40.
Source:

Dear Boys & Girls, here is a Dassault drawing of a "Mini-Mercure" project, taken from my Dassault Mercure facebook group courtesy of Bruno Vielle. There are more including VTOL & STOL Mercures, want to see them?

I now realise that my original "Beyond the Mercure - Avions Marcel Dassault-Bréguet Aviation projects......" topic has been merged with another topic and many of the attached images I originally posted have disappeared; it's all nonsensical & non-sequential now