Ta-da...
At last: issue V3N3 of APR is now available. The first article covers the proposed
use of bombers, specifically the B-52 and B-70, as launch platforms for the Dyna
Soar manned military spaceplane. The second article is on the Martin Astrorocket, a
series of early-sixties design studies of reusable low-cost manned launch systems
for the USAF. The next article covers the development of the Douglas XC-132
turboprop transport/tanker plane throughout much of the 1950′s. This would have been
by far the biggest turboprop plane the us would have built… had it been built.
Article contains a number of good photos of the full-scale mockup. Next is an
article on the A-12 Avenger II stealthy strike plane for the US Navy. This article
includes info and drawings on the Northrop competitor, as well as a number of rarely
seen and all-new detailed diagrams of the A-12. A brief article on a trio of Grumman
designs from the 1989-1993 time period, VTOL lift-fan combat aircraft, including the
Future Attack Air Vehicle (FAAV). Last but not least, an article describing a trio
of seemingly unrelated – yet possibly related – designs: a “landing boat” for
Project Orion, a lifting body design for the Apollo program, and a fighter jet
designed to be launched via booster rockets. Included is information on the
Logistics Landing Vehicle, General Dynamics’ equivalent of the Douglas
ICARUS/Ithacus troop transport rocket. And two “Aerospace History Nuggets,” a Ryan
concept for a VTOL jetliner and a concept from Bell for linking two helicopters
together to forma single heavy lifter.

APR V3N3 is available as a downloadable PDF for only $8.50 (a printed version from
Magcloud will be available soon). In addition to V3N3, also available is the V3N3
Addendum, which is thrity pages formatted to 11X17, with larger and expanded
diagrams, including:

The Addendum is available as a downloadable PDF for only $3.00! 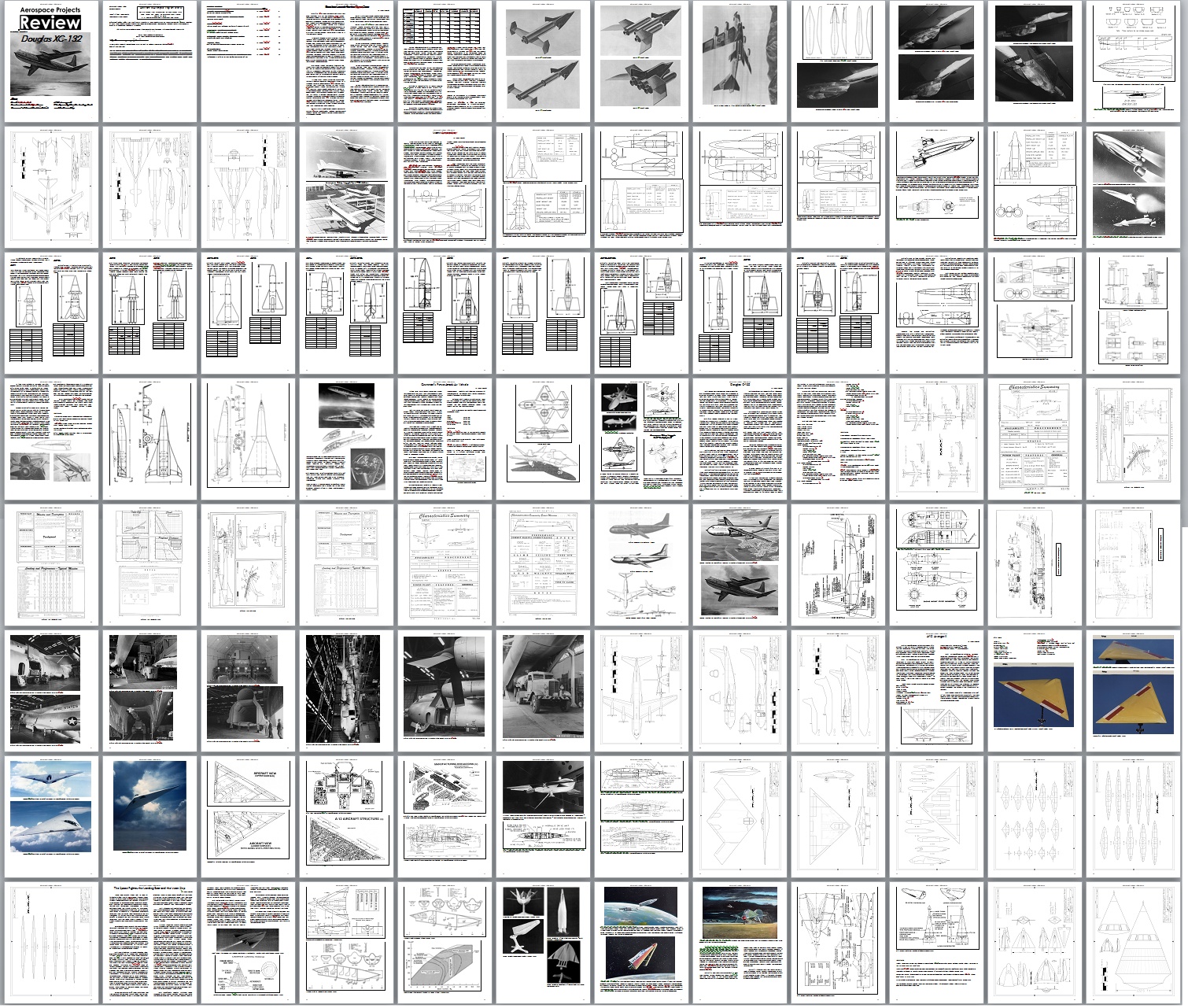 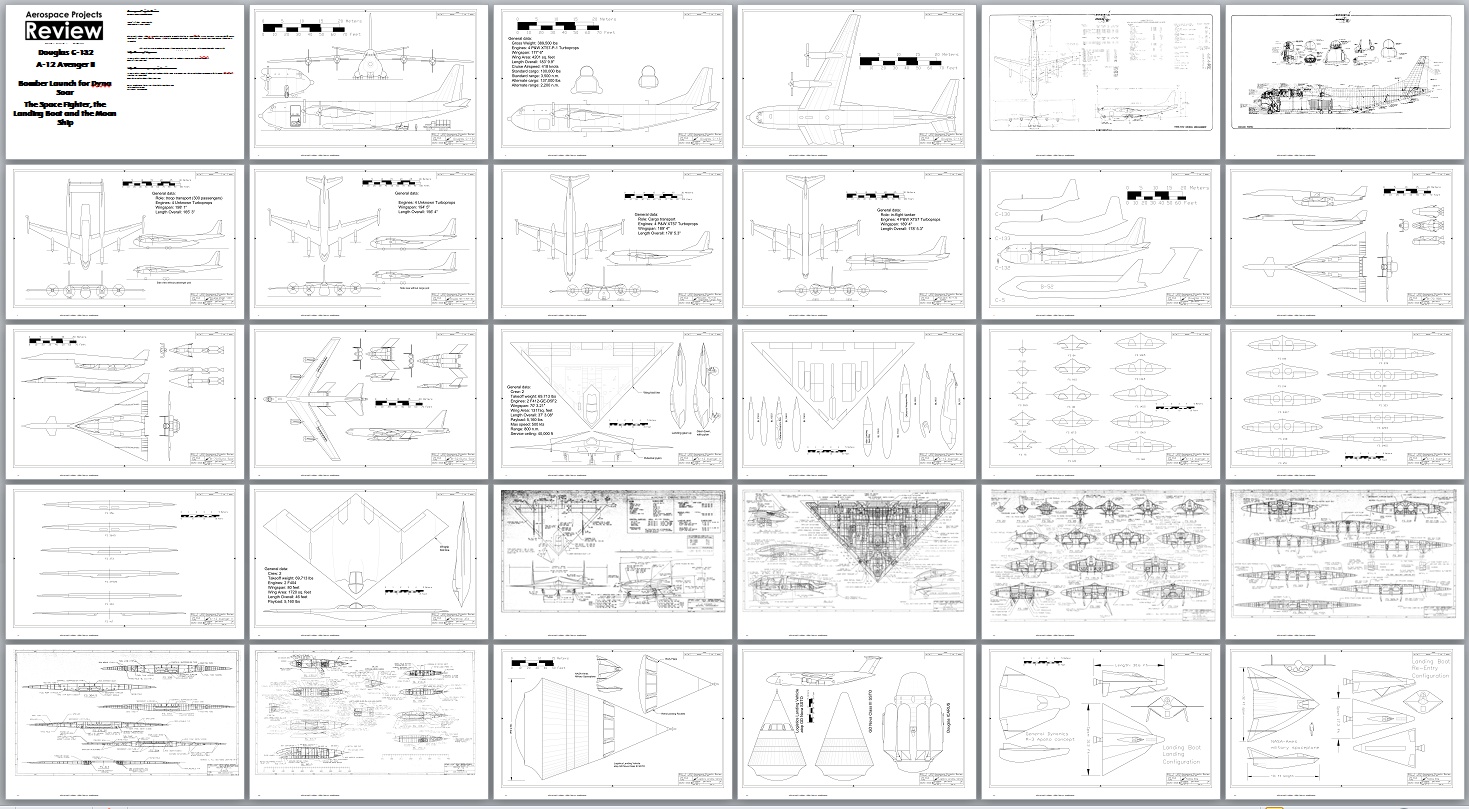 
The A-12 diagrams looks fabulous

Nice to see those A-12 drawings surface finally


Again al excellent issue of APR
with never before seen Artwork and photos !

buyin' mine as soon as I get home. B)

Scott one question: If you use a vector based tool to make the drawings: Do you have think about to sell the drawings on a vector format?
The first task I'm going to make is to trace this drawings in a cad program but I willing to pay more than the issue if you offer them in svg or another vector format.

Alcides said:
If you use a vector based tool to make the drawings:
Click to expand...

AutoCAD 2000. Which, sadly, does not work on Windows 7 or 8. So I'm running it on a rather elderly laptop that's loaded with XP. When that finally gives up the ghost...

Do you have think about to sell the drawings on a vector format?
Click to expand...

Thought about it. Even tried it once, didn't pan out.

Both emag and addendum are great as always. Just wonder how happy those new owners of cleaned and redrawn A-12 drawings, for example, and that's just a fraction of stuff inside.
Thank you, Scott.

Orionblamblam said:
AutoCAD 2000. Which, sadly, does not work on Windows 7 or 8. So I'm running it on a rather elderly laptop that's loaded with XP. When that finally gives up the ghost...
Click to expand...

OBB, I highly recommend that you look into upgrading the OS on the laptop that you crowdfunded (was it last year?). It is probably running Windows 7 Home. You should still be able to upgrade that to Windows 7 Professional.

Win7 Pro has the benefit of having a full-up licensed instance of WinXP available to download - it is executable in a VM. See http://windows.microsoft.com/en-us/windows7/install-and-use-windows-xp-mode-in-windows-7 Once you have the instance of XP running, you should be able to load ACad from the distro CD and be off to the [cat] races. (Note: you will have to download a utility to determine if you hardware/BIOS will support the virtualization.)

You can research this further by accessing "Windows Anytime Upgrade" from the program/folder list activated by the Start button on your computer. I just checked and the upgrade cost is $89.95 (at least for USians).

The WinXP VM feature is not available in Win8, so do not tarry.

At the risk of derailing the topic completely:

Windows 8 includes Hyper-V virtualisation which allows you to run XP in a virtual container. It doesn't include a license, but if you can source a copy of XP elsewhere, you can run it happily inside Hyper-V.
H

Alcides said:
If you use a vector based tool to make the drawings:
Click to expand...

AutoCAD 2000. Which, sadly, does not work on Windows 7 or 8. So I'm running it on a rather elderly laptop that's loaded with XP. When that finally gives up the ghost...
Click to expand...