This seems stupid by any stretch of the imagination for multiple reasons, but as many of my fellow Brit members have pointed out, what seems insanely stupid is par for the course for Johnson's government (we can't forget the post-Brexit ferry deal with a company that didn't own any ferries or PHE equipment brought from West End hairdressers).

Are they seriously contemplating contributing to Aeralis' R&D costs for just a dozen aircraft? It's still at least four years from first flight, a lot can happen in that time and there is no detailed cost information at all.
There are still huge questions marks of whether the modular concept is even feasible, no-one has ever made it work much less actually gain any customer interest in the concept.
Maybe a contract will support their work in connection with the Rapid Capabilities Office, although I think Jez Holme's quote was from a while back when Aeralis began working with the RCO.
Saying that I can't see what the modular concept is bringing to the Red Arrows? They don't need a modular swing-role aircraft, just something they can fly aerobatics in. They could order up another batch of Texans or just get a PFI deal for a private company to supply them some aircraft (plenty of two-seater Spitfires about these days).

With the MoD facing a serious shortfall in procurement spending and with several programmes well and truly SNAFU'd (Ajax et al) is this really a good idea given the need to re-equip the Red Arrows is pretty low on the priority list? Are the Red Arrows that vital to the RAF's needs? What about the Hawk T.1s used for aggressor training? Given ASDOT had the plug pulled for unknown reasons, and the fact that the Tranche 1 Typhoons will be gone by 2024 thus wrecking the RAF's plans to field one or two squadrons of aggressors how are they going to perform realistic operational training? (I know that answer already, an Air Marshal will pop up and say "we'll just use simulators").

Is this another National Flagship fiasco? Build something you don't need but the idea is just to build anything in Britain to showcase something, anything, doesn't matter what it is and hope someone somewhere might be fool enough to buy some too. Sure its more tangible than vapourware but vapourware tends to cost less and when it flops or fades from view people have less to point at and laugh at.

And of course we have to assess if the government would really leak its plans to the Express...

Given Alexander Boris de Pfeffel Johnson's love of grandiose vanity projects (The NB4L (Borismaster) Bus, The Garden Bridge, Irish Sea Bridge etc etc) and the his governments stated aim of bringing back sovereign capabilities (cf. National Shipbuilding Strategy) this has all the hallmarks of another farce...

Aeralis in the news again, Rolls-Royce has signed an MoU to start looking at propulsion needs.

Hood said:
Aeralis in the news again, Rolls-Royce has signed an MoU to start looking at propulsion needs.

Much as I'd like to see them succeed...the stand at DSEi is plastered with new ideas of a 'Loyal Wingman' with V tail and an MQ-25 style unmanned tanker...think they're just throwing stuff at the wall and seeing what sticks...

To be fair, using the airframe as the basis for a HALE drone has been one of the options talked about from the start of the program if I am not mistaken, though I am not sure if they were actively looking at that in turn as the basis of an unmanned tanker at that point in time.

Is this the UK version of 'Rapid prototyping/NGAD is a system not an airframe........'

So basically if these guys do get something flying, shirley BAe will just buy them. Maybe thats their plan?

Despite recent history, there does seem to be still a lot of hype around computer modelling and simulations supposedly removing the need for building test & developmental hardware. 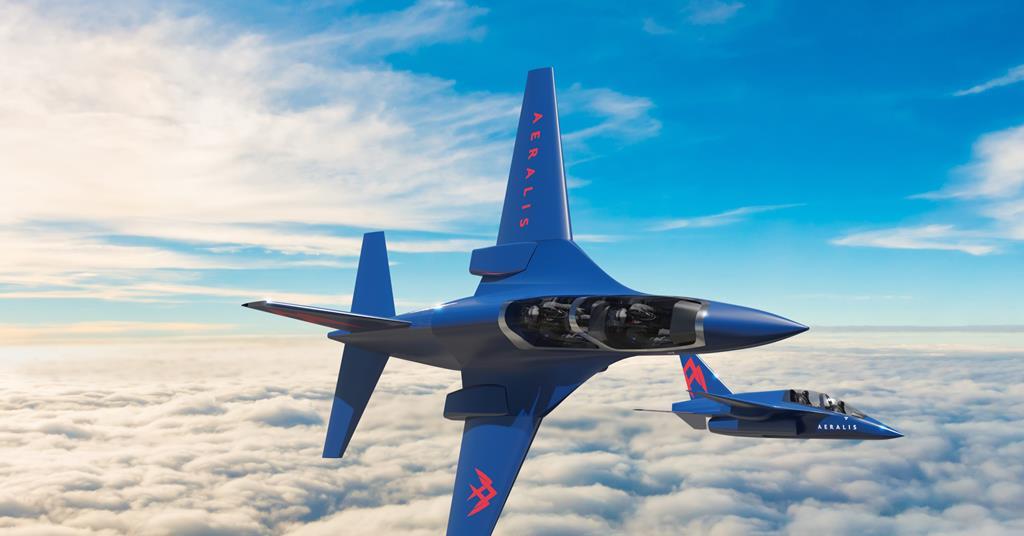 Browser incognito mode should bypass the paywall for Flight...

Browser incognito mode should bypass the paywall for Flight...

I am beginning to think this "trend", of start up companies may be more than a passing fad. With the diffusion of information and expertise of aerodynamics and advanced materials, smaller companies without the huge overhead of a major manufacture can compete. Not just due to financial bottom-line on cost per unit, but they are able to maneuver better somewhat outside of the normal bureaucracy that adds significantly to the cost as design and development are dragged out. We also see a number of investors who are not willing to deal with the mega-corporation. Many of the second industry (engines, electronics, subsystem, etc.) are also ready to jump in.
I am a bit more optimistic that this aircraft could become a reality.

There's a parallel here with the Pharma industry, I think. Take the 'Pfizer' COVID vaccine. The technology was developed by the start-up BioNTech, who then partnered with Pfizer who took it through testing and into large-scale production.
I think the idea here is that Aeralis will do the design, and maybe even prototype construction, and then a Big Aerospace Enterprise will come in and do the testing, and then production . . .

Thus much of the overhead for the major contractor is avoided (especially if they get the platform after initial validation) and are able to meet a lower initial acquisition cost desired by the customer.
Three things I can think of right away that can crash this wonderful fairy tail. First the (western) government desiring the system has to have the discipline to not change the requirements in the process of development. Likely the death of most projects here. Second the vendors, both initial and eventual large-scale vendor have to mind their desire to make a Wunderflugzeug. Finally, operating cost is something like 2/3 the overall cost of a platform. It may be cheap to buy but costly to maintain.
T

Looks like some of the Barzan money has gone towards some mock ups...see the grey painted Aeralis behind the foreground model to see the engine pod concept in action... 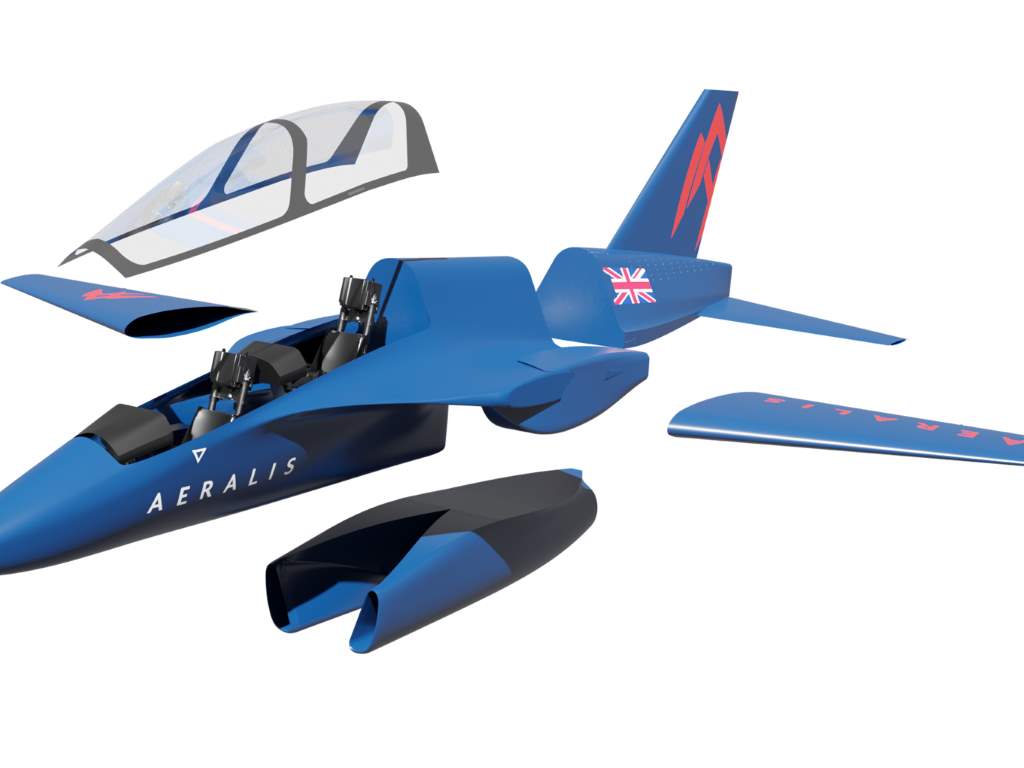 British jet designer Aeralis has partnered with Hamble Aerostructures, an Aernnova Group company, for integrated manufacturing design support of the common core fuselage and canopy of its modular jet.

Could have sworn I commented on this but apparently it was in this thread: https://www.secretprojects.co.uk/threads/re-equipping-the-red-arrows.37928/

Still meh btw. If they drop the modularity gimmick and get a grown-up to help them with the cutting out, I'd be more impressed. Plenty of proven companies to partner with around these parts. Of course, many of those have their own trainers on offer. Who to trust with some billions in scarce public money? If they say they can do it in less than billions, I have a bridge with one careful owner to sell! How much would ACMI (or whatever the kids call it these days) integration alone cost? Perhaps there is a friendly oligarch somewhere looking for an "in"-vestment. Cynical, moi?