WWII armour as vismodded in films...

A video from a War Thunder/World of Tanks enthusiast covering some of the more 'interesting' examples of vis-modding in film, of course it's not exhaustive...

"White Tiger" (at about the 2:15 mark) is a funny little Russian ghost tank movie which is more remarkable (I thought) for the scenes with actual T-34/85s trundling around in them rather than the actual story which, well doesn't quite do it for me. The titular Tiger is a bit of a disappointment too. Obviously, actual examples of Tigers are pretty rare these days and I was initially disappointed with what they put together for the movie. They missed an opportunity too because they could have tried to make it look like a rogue Porsche design prototype Tiger without too much more effort. 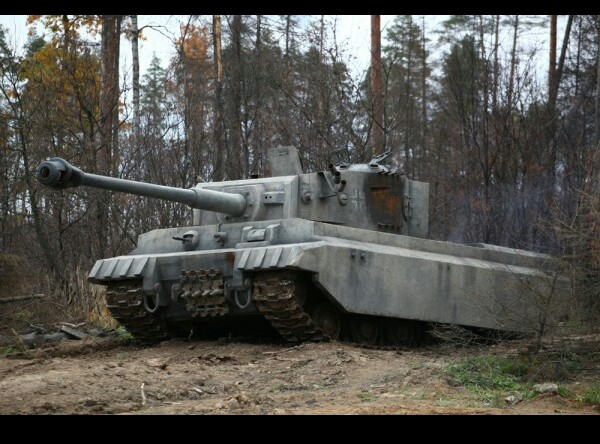 Must brush up on my panzers. I thought the Jagdpanther in BoB was a real one out of Saumur! 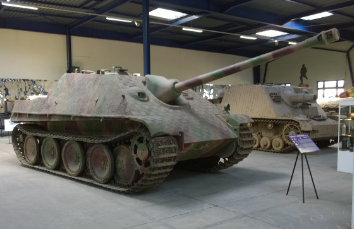 From an Italian war film called 'Eagles over London' set during Dunkirk and the Battle of Britain...

Do not believe in anything in films.
R

The film "The Heroes of Telemark" starts with an armoured car being ambushed by a boulder rolled down a mountain side. It looks like a stock Guy or Humber armoured car.
Granted the British Expeditionary Force did take 6 Guys to France in 1940 and there is a slim chance that one of those Beutepanzers went to Norway.

In reality, it seems that all the German armoured cars were scrapped at the end of WW2 and WALLIED armoured cars were the only thing available.
I still wonder why movie prop masters didn't add a few wooden facets to make it look more "german."

Why don't the next dozen prop masters add a few plywood panels to at least create a "german" silhouette?

From the opening to the 1969 'Battle of Britain' film, an M-7 'Priest' dressed up as a PanzerJager I (Note the 'Kill rings' on the barrel.) and some M-3 Halftracks pretending to be Sd.Kfz.251's

Dear Graham1973,
That crude vis-mod looks more like an M-24 light tank with a crude mocked-up superstructure vaguely resembling an M7 Priest. The give-away is the driver's hatch and angle of glacis plate.

Much sillier were the M-26 heavy tanks merely painted as Panzers. Why couldn't prop-masters add angular plywood boxes to turrets to make them look more like Panzers?
Even sillier were the M7 Priest self-propelled guns used to mimic German Panzers in the "Rat Patrol" TV series. The only modifications were done with a paint brush!
Hah!
Hah!
The "Rat Patrol" was loosely based on the British Long Range Desert Patrol Group, but led by an American actor to make it more pallatable for American TV audiences.
J

In the Battle of the Bulge M47's as German tanks and M24's as American tanks just a paint job.

The Big Red One with Lee Marvin and Mark Hamill, Super Sherman's as Tigers paint job.

A Bridge too Far Leo 1's as Panthers with a rather weird 'boxing in' of the turret.

The best Vismonds in my opinion are the ones in Saving Private Ryan and Band of Brothers. At the time of the Saving Private Ryan there was a TV program showing the conversion of a FV432 into a Tiger tank. I believe the two productions shared at least some of the vehicles. I remember the scene in Band of Brothers were a German soldier is run over by a Tiger, I don't know how they did it but my God it looked real.
J

I've just been playing around on You Tube and was looking at some scenes from the Hulk in one he was fighting what I assume were CGI Comanches (such as shame they didn't make it into service) then he was fighting four M1 Abrams but I think they were Vismod Chieftans; they had the distinctive V shaped fender in front of the drivers position, can anyone confirm this.

JohnR said:
... showing the conversion of a FV432 into a Tiger tank. I believe the two productions shared at least some of the vehicles. I remember the scene in Band of Brothers were a German soldier is run over by a Tiger, I don't know how they did it but my God it looked real.
Click to expand...

The FV432 conversion in Band of Brothers represented a StuG IIIs The 'Tiger' was a T-34/85 rebuild. There was also a T-55-based Jadgpanther.

I suppose that the 'Shermans' could also be considered stand-ins - the CDP (Canadian Dry Pin) tracks and 17-tooth sprockets give them away as Grizzly Is.

The Shadock website has a pdf on reproductions panzers. I can't get the url to work but search "Reproductions of Panzers based on modern Tanks"

Some of the Shermans in A Bridge Too Far were GRP hulls on top of Beetles. They were kept in the back of the long road sequence so you can't notice that the tracks don't touch the ground and the four wheels beneath them!
I've never quite worked out what Michael Caine's scout car is, looks like a Humber Mk.I scout but with a non-standard roof.
Guns of Navarone was all US kit (M24s, M3s, 105mm guns).

US war films made during the war often used M-2 light tanks or early M-4s to stand in for Japanese tanks. I think its Fighting Seebees that has a dodgy wooden replica with a wobbly cardboard gun that gets rammed by a bulldozer into a ravine. Sahara has M3 half tracks for the Jerries (the 1980s remake does too but at least adds an MG42 - still wrong time period though).

Period British warfilms often used British kit with the Balkankreuz added; Humber/Guy armoured car in One of Our Aircraft is Missing, a Cromwell tank crops up in another 1950s film, its surprising how often the Covenanter tank crops up, clearly training units were drafted in for these films.
Its quite laughable how some of the filmmakers liberally spray British vehicles with numerous giant Balkankreuz to try and convince you they are the Germans (on doors, bonnets, the back, the roof!). Sea of Sand used US M3 halftracks for the Germans, some tanks are found but only seen close up in the dark and are probably Cromwells/Comets, a German armoured car also appears which looks like a British type (Humber?) but has a fake turret added. Generally films based in the desert used a lot of stock footage, fair easier in the days of black and white films to splice that material in.
They Who Dare had a Dingo with a taller superstructure as an Italian armoured car, the Italians also using Oxford lorries (some lovely genuine Lebanese Air Force SM.79 Sparvieros though, including two airworthy ones). There is a 1943 film (the name escapes me) with an Italian armoured car that gets knocked out with a Boys rifle, its clearly a prop job and looks like something out of the 1920s! Luckily the plucky brits find a stash of wine and a huge cheese stowed in the engine compartment!

Finally, must make note of the 1946 film Theirs is the Glory about Arnhem. The film was shot right after the end of the war, the locations are genuine (and still battle scarred), the actors were real Paras and servicemen who had fought in the battle and genuine kit was used. There are at least two Panthers in the film, one of which was moving and seems to have had a working gun too (firing blanks of course). I assume they were made operable by the Army. I wonder if this is the only war film to ever feature genuine Panthers and what happened to them after?

M3 half track, Sexton SPG, and Centurion tanks in 'Ice Cold in Alex'.

Also, for some of the scenes, a genuine 'Katy' was substituted by a replica based on a 4 wheel drive CMP chassis. Retreat, Hell!: Directed by Joseph H. Lewis. With Frank Lovejoy, Richard Carlson, Anita Louise, Russ Tamblyn. The saga of a battalion of U.S. Marines during the Korean War, starting with their training, landing at Inchon in 1950, advance into North Korea and their subsequent retreat back to the... 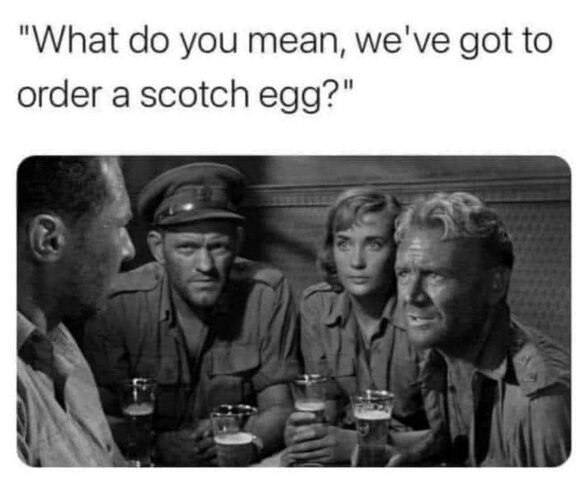 Sorry, couldn't resist it. Courtesy of Simon at the AEBC

JohnR said:
I've just been playing around on You Tube and was looking at some scenes from the Hulk in one he was fighting what I assume were CGI Comanches (such as shame they didn't make it into service) then he was fighting four M1 Abrams but I think they were Vismod Chieftans; they had the distinctive V shaped fender in front of the drivers position, can anyone confirm this.
Click to expand...

Not actual confirmation as such but possibly a bit of backup. https://www.imdb.com/title/tt0286716/trivia

In the 1944 'Rats of Tobruk' film the producers used the only tanks they had AC-1 'Sentinels, the only tank designed and built in Australia, they added commanders cupola's, painted Iron Crosses on them and covered up the tanks most distinctive feature with a variety of items...

This video clip over at Australian Screen shows a brief glimpse of the results in action... The Rats of Tobruk

The Rats of Tobruk may not be Charles Chauvel’s best movie, but it deserves serious consideration as his best movie about war. (Video excerpt 3.04 minutes This clip chosen to be PG)

Is an M24 Chaffe and not an M7.
Compare angular hull front shape and details on M24, as well as roadwheel and suspension arrangement,
https://www.alamy.com/the-m24-chaff...e-war-peace-show-beltring-image268952246.html

to the rounded front end of M7, and the much more elevated driver position, 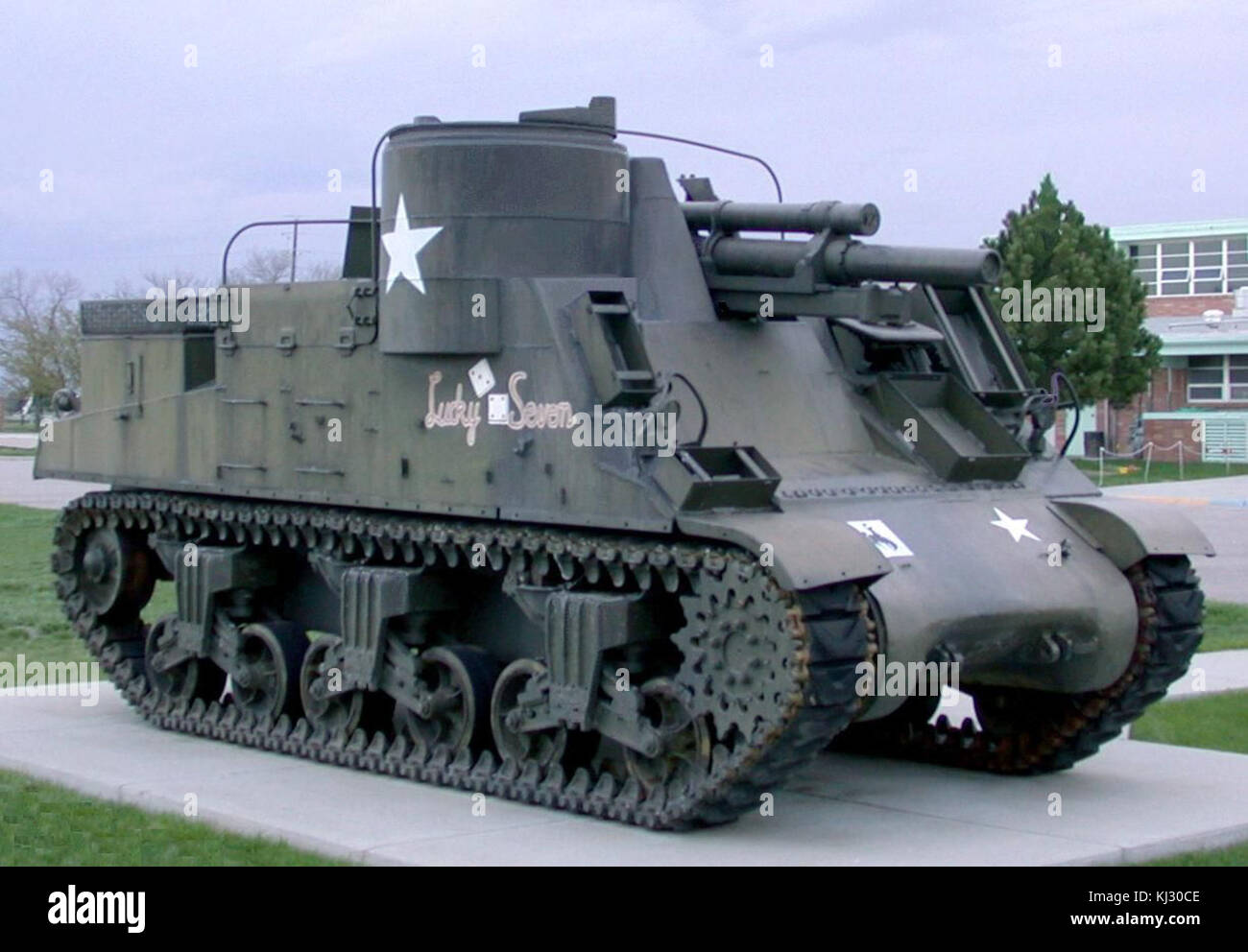 Dear southwestforest,
If we want to be picky, M7 Priest does not count as a "tank." M7 is more of a self-propelled artillery piece. Americans used M7s armed with 105 mm howitzers while Commonwealth troops used similar Sexton SP guns with 25 pounder howitzers. Their armor was only designed to protect gun crews against shell fragments and the occassional rifle bullet. Most artillery preferred in-direct firing from the back sides of hills.
Oddly, the American TV series "Rat Patrol" had M7s filling in as Nazi tanks fighting in North Africa. While General Rommel's Afrika Corps may have captured a few M7s, they were not widely used against WALLIES. Because of their limited traverse, no self-respecting M7 crew would ever knowingly face off against enemy soldiers.
Share:
Facebook Twitter Reddit Pinterest Tumblr WhatsApp Email Share Link