While browsing through Russian aviation magazine AeroPlan #15, I came across a most intriguing contraption made up of the front end and jet engine of an F-86 Sabre fighter and a sort of strange exhaust pipe on wheels that make the whole thing look like a vacuum cleaner for airport strips!! As I speak neither Russian nor any of the other Slavonic languages that the machine was mentioned in, and in the absence of any other source of information, I hope someone on this forum can help me understand, not only what the whole thing was about: when it was done, by whom and for what purpose... and also why it seems that the name of Erich Herman, a famous pilot from the Luftwaffe, seems to be associated with it...

Sure beats the hell out of a NASCAR track dryer.

I'm willing to bet that this is basically a runway de-icer.

MiG-15 on a train to de-ice railways here: http://www.darkroastedblend.com/2009/08/jet-engines-on-trucks-for-fun-and.html

I don't know, if SOC is right, although I think so, but I want to add two points:
- The correct spelling certainly is "Bubimat", I took the liberty to correct the title.
- Erich Hartmann survived the war and served in the "new" Luftwaffe again,
until 1970. His nickname was "Bubi" Hartmann, so I think, this thing somehow was
based on his ideas, as he was flying the Sabre himself. 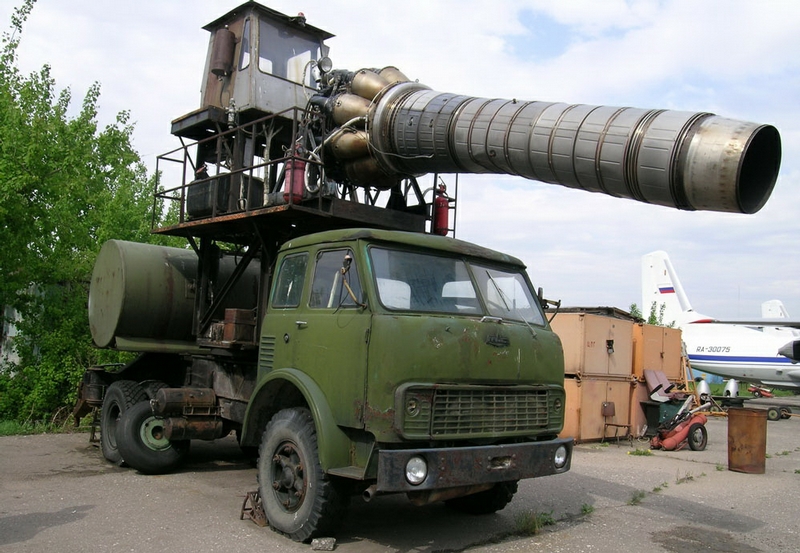