bring_it_on said:
Sinking ships at 5,000 km using a maneuvering ballistic missile. I bet their next AsHM is going to be an ICBM so that these ships can be sunk leaving port from CONUS.

Has this ever been demonstrated by anyone (outside of wikipedia)?
Click to expand...

Thank you, w/o survival and w only 12 IR-CPS on a ship, nothing more need be said.

If in the end a ship has to get closer to fire a SM form factored missile, so what, the ship can survive. Ships are not going to survive with these onezies monster 1 shot wonders.
F

Can we move the non US prompt strike discussion to a different more relevant thread?

bring_it_on said:
Can we move the non US prompt strike discussion to a different more relevant thread?
Click to expand...

For sure. This topic is about US systems.
J 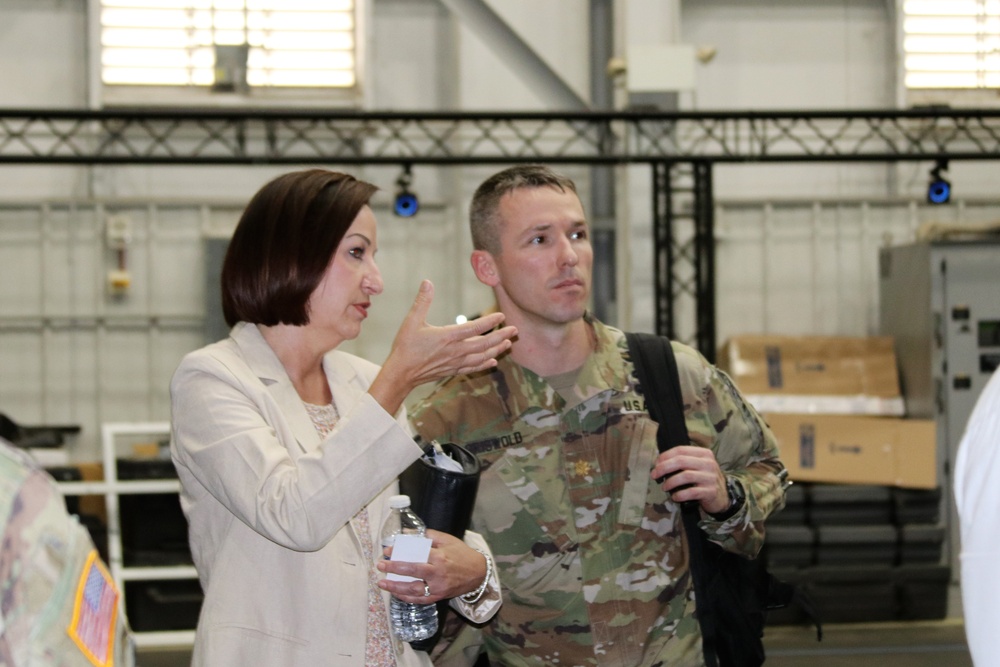 The Army is on track to deliver a first prototype MRC by 2023, said Marcia Holmes, deputy director at the Rapid Capabilities and Critical Technology Office.

We’re able to deliver on this aggressive, accelerated schedule because we are leveraging existing hardware, software, and institutional training for these proven capable missiles, for SM-6 and Tomahawk,” she said. “And by maintaining commonality with the Navy, we are able to capitalize on modernization efforts, on investment strategies, across a multi-service Mid-Range Capability programs to include joint test events … the Navy and the Marine Corps.”

MRC is not a scram but the commonality of development and economies of scale would emerge w/ a new advancement.

It remains to be seen whether the Army fields the MRC in numbers but the ability to share weapons with the Navy (even the ones not yet designed) will be a huge plus beyond the TLAM. The same is true for the LRHW/IR-CPS. Its at a performance level not suitable for MRC but assuming the Navy continues to stay invested in an IR Prompt strike capability for surface (LSC) and sub-surface platforms, the two services can continue to collaborate to iterate this in the future including possibly fielding larger air-breathing missiles. The arrangement that currently exists b/w the two has the Navy in charge of technical R&D and the Army responsible for industrial base and production. I hope they continue to do that as they add more capability on the IR ranged weapons.
J

There's no doubt that CPS is going to be quite the silver bullet when initially fielded. The small numbers and high costs mean that it will have to service a very narrow target set. But while the initial capability will be limited and expensive, eventually it will likely build out to something more cost effective and prolific. And being able to ice a target two thousand miles away in 30 minutes has to put the fear of god into anyone trying to plan a landing operation.

I believe the Navy has allocated those costs for the Zumwalt under its CPS lines.
Click to expand...


No the additional ~$500 million cost for each VPM included in Virginia Block Vs are funded from the SCN budget not from the CPS $21.5 billion budget, see the DoD FY2022 budget estimates - Justification Book for Shipbuilding and Conversion, Navy Volume 1-97, it specifically mentions the Virginia Block VPM 84' hull section with its four payload tubes.

As said CPS program costing $21.5 billion plus the addition of the launchers costs which funded from the SCN budget another ~$6 billion including costs for the Zumwalts for the paltry number 200 operational missiles by 2040, whereas with Tomahawks built 10,000? at ~ $1-1.5 million each, YVMV but to me to me it makes no sense that for the same mission the new gen missile is costing approx 100x that of the old missile. No wonder the Navy is at best standing still on numbers whilst the Chinese Navy just keeps on getting bigger.
F

Cordy said:
but to me to me it makes no sense that for the same mission the new gen missile is costing approx 100x that of the old missile.
Click to expand...

The Tomahawk been in production since the late 70s.

The CPS hasnt even had it factory BUILT yet. They all still basically hand made cause it make no sense in making a tooling for a handful of missiles that might not even work.

A good potion of those funds are getting the factory built and all the supply lines set up. Will not surprise me if in a few years after everything set up the price plummets.
M

Cordy said:
but to me to me it makes no sense that for the same mission the new gen missile is costing approx 100x that of the old missile.
Click to expand...

The Tomahawk been in production since the late 70s.

The CPS hasnt even had it factory BUILT yet. They all still basically hand made cause it make no sense in making a tooling for a handful of missiles that might not even work.

A good potion of those funds are getting the factory built and all the supply lines set up. Will not surprise me if in a few years after everything set up the price plummets.
Click to expand...

That's pretty much a "duh". It's the whole reason why those 155 mm rounds for the Zumwalts are so ridiculously expensive. There's no production line, each round is basically hand-made. If the USN had 30+ Zumwalts, the price for those rounds would plummet, because they'd be made by the hundreds on a production line, instead of by hand.

YVMV but to me to me it makes no sense that for the same mission the new gen missile is costing approx 100x that of the old missile.
Click to expand...

Same mission? LRHW is an Intermediate Range Prompt strike system. The TLAM is not. Nobody has ever suggested that LRHW/IRCPS replaces Tomahawk, and the Navy has a different program for that. If you wanted a hypersonic analogous to the Tomahawk, it would look a lot different to the IR-CPS capability and would cost a lot less. An air-breathing 1000 mile or so ranged cruise missile won't be as fast or as capable as the IR-CPS but would probably cost a 1/3 or less and could begin meeting some of the TLAM mission requirements for time-critical or survivable strike.


Firefinder said:
The Tomahawk been in production since the late 70s.
Click to expand...

The IR-CPS isn't a comparable system to the Tomahawk anyway. No commander is going to consider launching IR-CPS if a Tomahawk would suffice. What next, we'll compare the Trident to the TLAM as well? Even when a dedicated Tomahawk replacement is fielded, it will cost more, at least for the first decade as we spend R&D dollars to develop it, create any system unique infrastructure and sustainment capacity etc. A decades old, already bedded down system will always be more affordable to its replacement. If this was the only factor, we'd never fully modernize and just continue to field updated legacy systems for decades. I'm sure that's the position of legacy system developers who would want their franchise programs to last for 50+ years so that they don't have to innovate and risk losing a program.

At the end of the day the LRHW comes in at $30-35 Million AUR. Not very different from SM-3IIA at the moment. The AUR cost be lower if production quantities and inventories are increased. Or we can continue to pay this and use it against the target sets it is designed for. A modern capable AESA radar for a high end SAM system goes for about this much. A Medium to long range SAM system is going to cost an order of magnitude or more. ASAT launch and Space denial capability likewise is expensive both to field and in terms of the impact it can have. All these will be prime targets for LRHW IR-CPS. None of these can be effectively dealt with a TLAM strike where you are counting on the target to present itself for an hour or two (to allow the missiles to cover this distance), and then have no SHORAD to protect against the most basic subsonic strike system. If there are targets out there that we can afford to spend 2-3 hours for planning, targeting, to having weapons land once launched, and these targets aren't very well defended, then its easy for the commander to simply call in JASSM or TLAM strikes. The IR-CPS and LRHW aren't designed for those targets.

I wonder if the Chinese are having an internal debate on whether DF-21 or DF-17 should be cancelled in favor of a 1000 mile subsonic cruise missile with questionable survivability? Who's the Tony Capaccio over at Global times? Would love to read some commentary on that debate.
Last edited: Nov 20, 2021 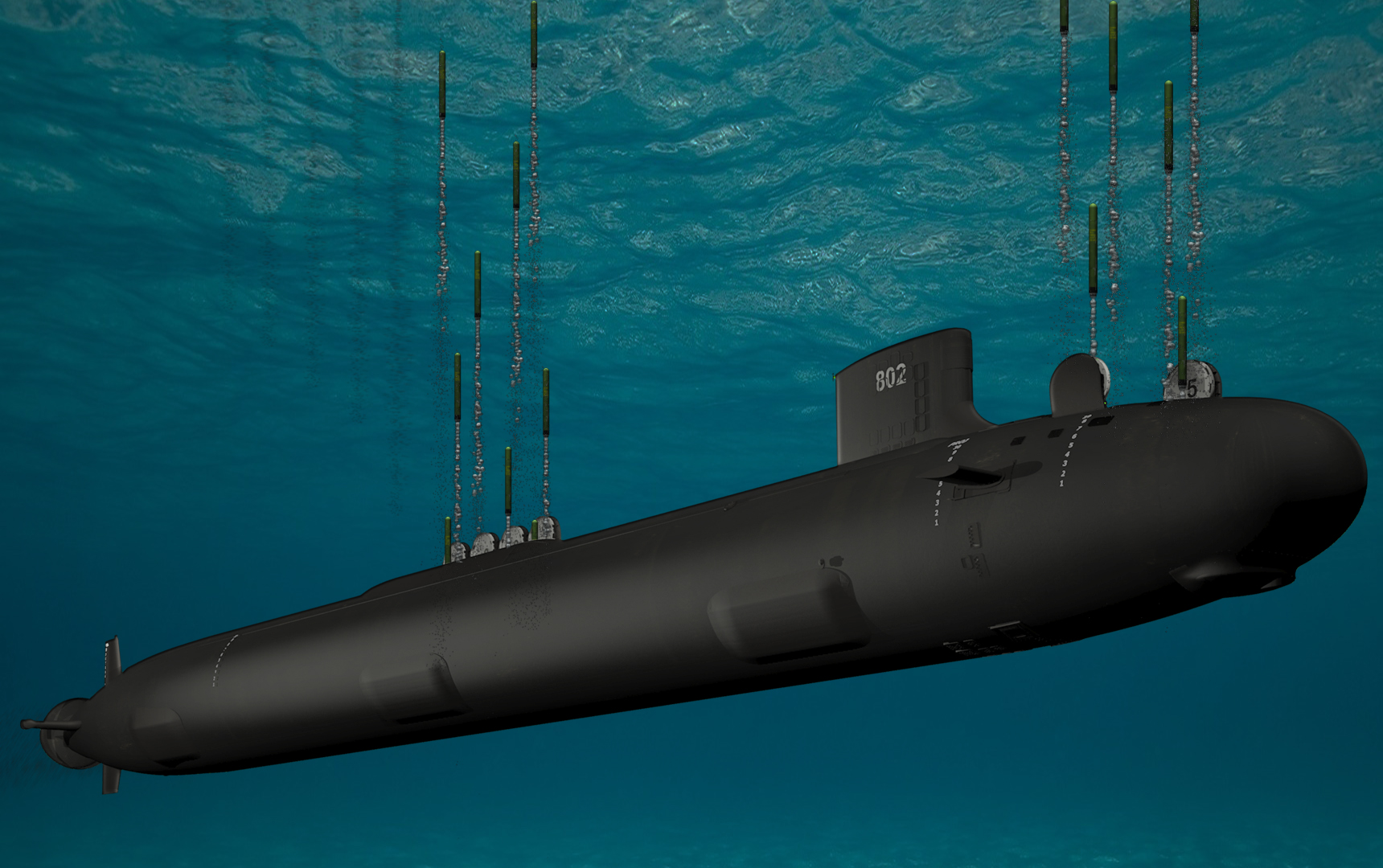 ARLINGTON, Va. — The Navy is still on track to deploy hypersonic weapons on its attack submarines in 2028, a service official said Thursday. While the first Zumwalt-class destroyer will get a hypersonic weapon in 2025, the first Virginia-class submarine will deploy with hypersonics in 2028...

LRHW on Virginia class is great, more cells and no need for airdefense, surface ships not so much, especially if only 12 on a DDG-1000.

Still, any non-airbreather ie RAM/SCRAM is too rushed and exactly must be Mach 5 (hyper) should be carefully assessed as cheaper numbers are imporrtant when one is so outnumbered and soon facing advanced IADS capable of countering Hypers. Speed may not be the only means to survive, guile will.

There is no RAM/SCRAM option that is/was mature enough to get them nearly 3000 km and Mach 5+ cruise by 2022. This was the prompt strike mandate. Those options will have to start smaller and then build from there. Maybe next decade, once some of the programs like Mayhem begin to demonstrate the higher thrust scramjet engines, we'd be able to see some movement towards long range scramjet hypersonics. Till then, we'd have to maintain an inventory of LRHW and ARRW.

Minus a objective M&S of the Indo-Pac threat of 2040+(will not occur) the idea that a few shots against and overwhelming threat puts into question the basis of Hypersonic requirement. Programmed obsolence which will likely permanently ruin these ship's configuration. If not the costs will be unnessarily high and a contractors wet dream.
J

Likewise, what is mature and not is either classified and or proprietary...These senior types are lookin to enter the swinging door to contractor cash....not buyin it.
J

The Zoomies are already useless, so it’s not hurting anything to strip them. A CPS looks to cost 30-40 million, where as most any fighter aircraft is three times that value. It doesn’t seem unreasonable to use a near invulnerable missile against a high value target. Air breathers will likely be cheaper but getting a missile from sea level to scramjet speed is with going to take a massive CPS like booster or a dual mode ram/scramjet, and the US is no where near that right now. I suspect that’s exactly what Zircon.
Share:
Facebook Twitter Reddit Pinterest Tumblr WhatsApp Email Share Link