and a concepts from Boeing,General Dynamics and Martin Marietta/
McDonnell Douglas.

and a concepts from Boeing,General Dynamics and Martin Marietta/McDonnell Douglas.
Click to expand...

Geocities will close this summer, so hurry up, download this page before it disapear... :'(

Archibald said:
Geocities will close this summer, so hurry up, download this page before it disapear... :'(
Click to expand...

Thanks for the information Archibald.

Archibald said:
Geocities will close this summer, so hurry up, download this page before it disapear... :'(
Click to expand...

It's interesting to note that the DIRECT vehicle, which is the "Son of NLS," chose a very different arrangement for their core engines. I suspect that the DIRECT guys were designing with a bit of conservatism after finding out about SRB heating on the core engine nozzles. Then again, the NLS guys designed around the STME, an engine which never came to fruition, and its ability to withstand SRB heating unverified.

Here's a line drawing of the "NLS-2" configuration with HL-20 payload. Booster used six STME's for propulsion, four of which were jettisoned during ascent.

I would be interested in getting more information on this design. The only information I have received is a possible ALS proposal. Looks almost like a booster made from an MX missile. This model has been banged around a bit, I hope to fix it up. The vehicle never had a tail but it did have winglets. Also on the side of the fuselage there might have been canards. 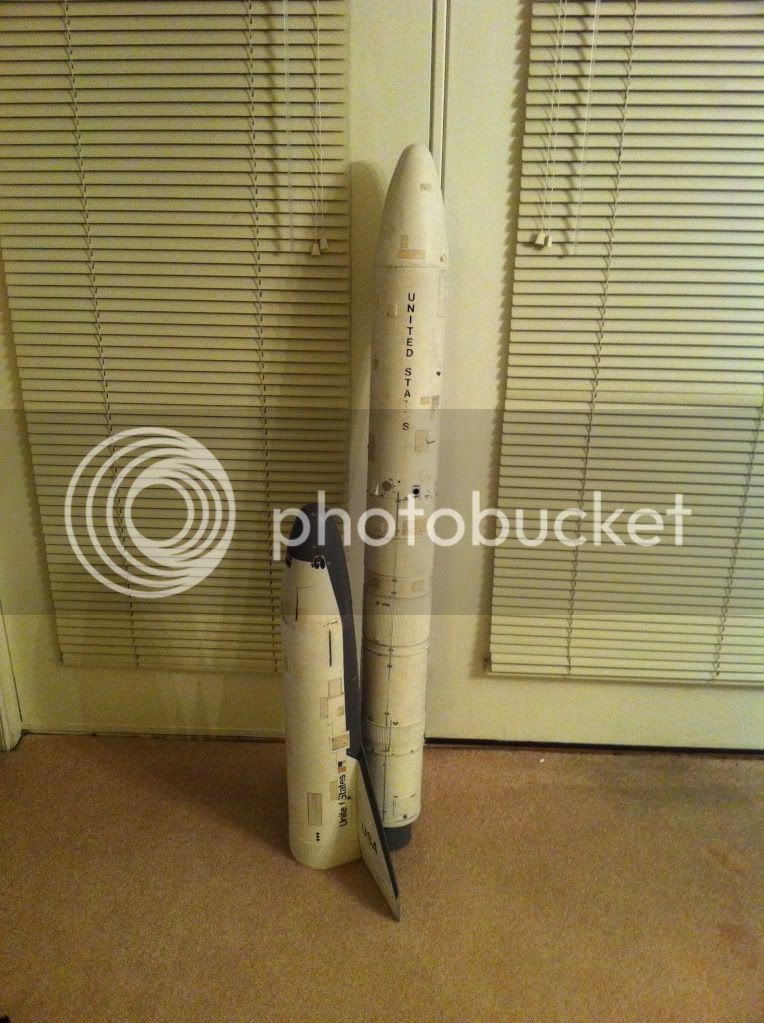 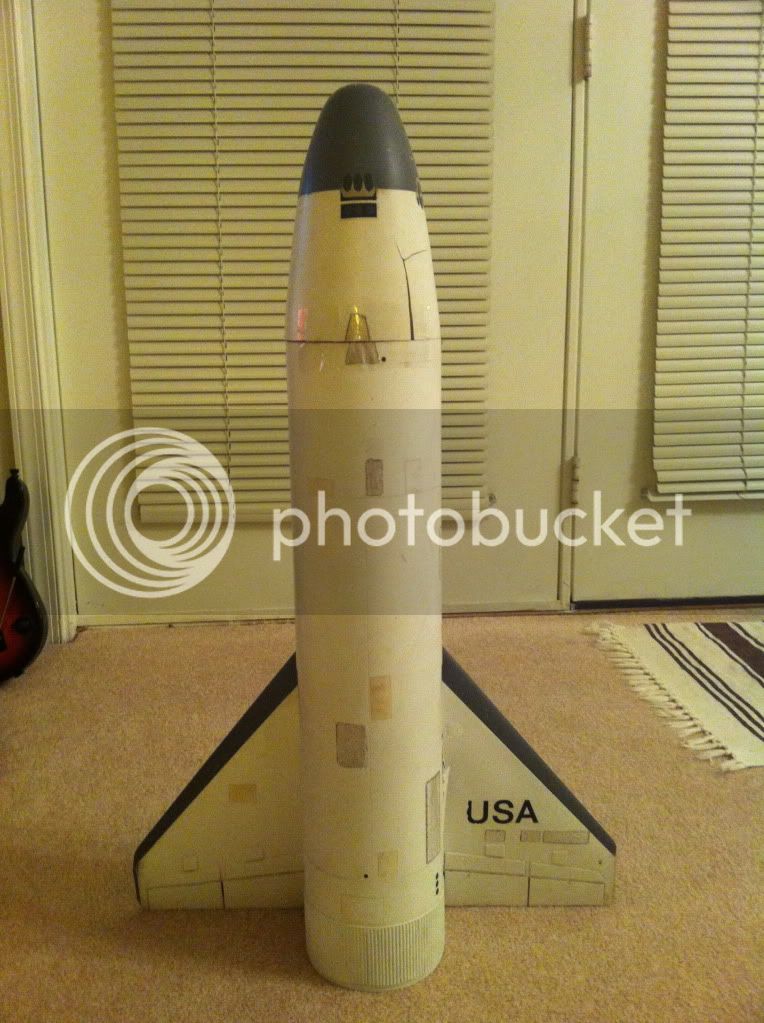 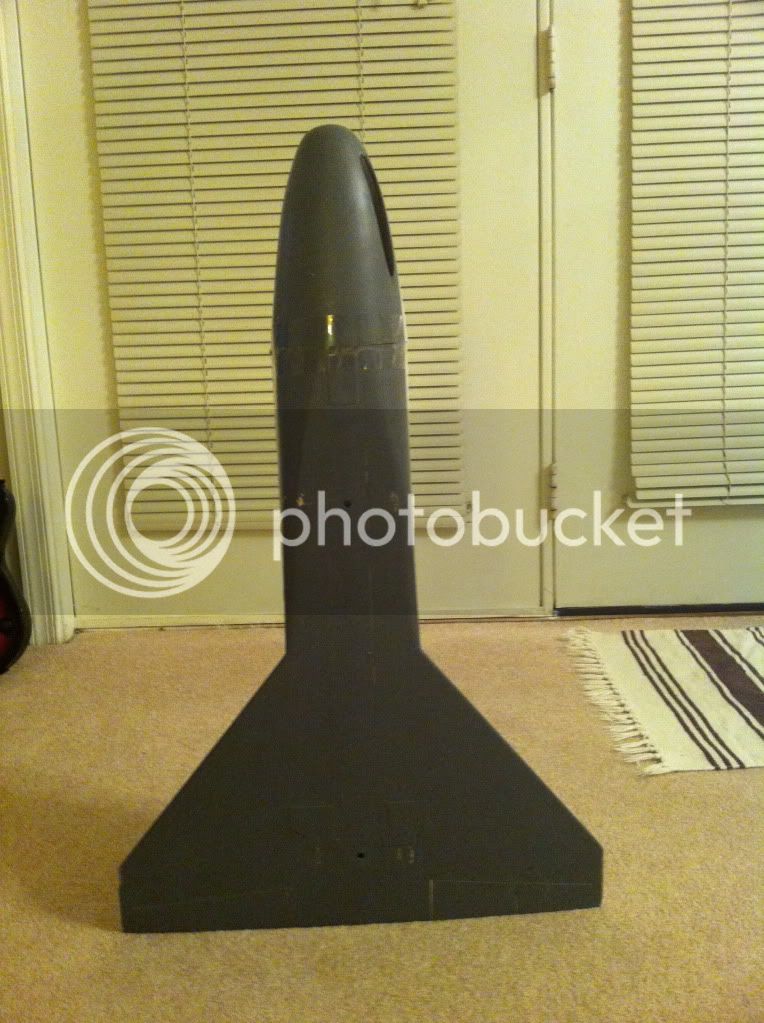 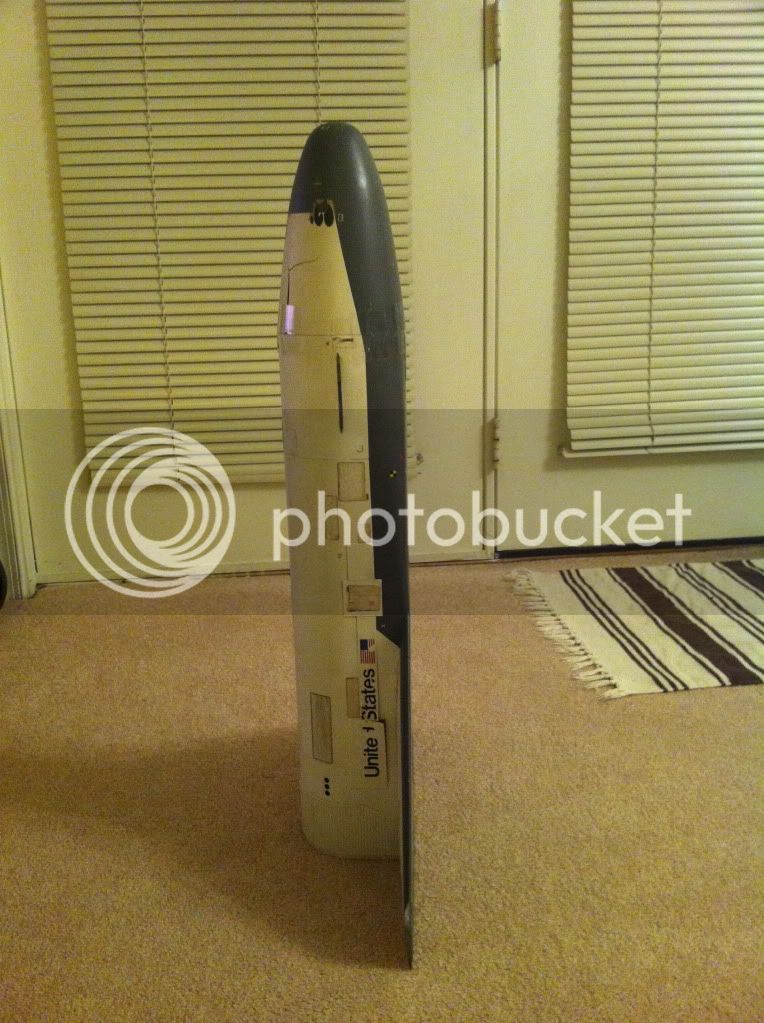 THIS AUCTION IS FOR A ROCKWELL INTERNATIONAL ADVANCED LAUNCH SYSTEMS METAL ROCKET MADE BY MICROWEST, INC. IN ORANGE CA. IT IS 13 1/2 INCHES HIGH AND IS NUMBER 1 OF 200 MADE. THE CONDITION IS EXCELLENT, ONLY A SLIGHT RUB ON THE TOP AND A PIN SIZE DOT ON ONE OF THE ROCKET BOOSTERS.
Click to expand...

Variants shown are NLS-1 (left) and NLS-2 (right). The STS model is included for scale.

NLS-1 would be equipped with (Qty.4) STME liquid-fueled engines and (Qty.2) SRBs. Payload capacity: 100,000 lbs to a 220 nautical-mile orbit (as anticipated for Space Station Freedom).

NLS-2 would be equipped with (Qty.6) STME liquid-fueled engines only. Payload capacity: 50,000 lbs to LEO as required by DoD for NRO missions.

Estimated development cost for the NLS was $10.5 to $12 billion, including new launch pads and $2 billion for the STME (Space Transportation Main Engine, 650,000 lbs of thrust). The NLS program (a.k.a. New Launch System) was terminated in 1991. Replaced by Boeing EELV, which used SSMEs.