The UK government has given its clearest indication to date that it could be considering a split-buy for its future fleet of Lockheed Martin F-35 Lightning II Joint Strike Fighters (JSF).

Answering questions in Parliament, the Minister of State for Defence and Deputy Leader of the House of Lords, Earl Howe, said that while the UK had committed itself to its full quota of 138 aircraft, it had yet to decide on which variant these would be beyond the initial 48 F-35Bs that will be used to fly off the country's two new aircraft carriers.

"As part of the Strategic Defence and Security Review [SDSR] in 2015, we reaffirmed our commitment to procure 138 F-35 Lightning II aircraft. The first tranche of 48 aircraft will be of the F-35B variant, which will be jointly operated by the Royal Air Force [RAF] and Royal Navy [RN], and capable of operating from both land and the Queen Elizabeth-class aircraft carriers. The decision on the variant of subsequent tranches of Lightning will be taken at the appropriate time," Howe said.
Click to expand...

How about instead of split buying F-35B and F-35A we should honor the F-35B contract and then buy 100 F-35As as a separate purchase to replace the Tornado force.
Click to expand...

The RAF will likely end up with a fighter mix similar to Italy's (Typhoons, F-35As & F-35Bs).
The mix of the 2 F-35 variants wil depend on how many required to maintain the carrier air wings.
However the RAF is likely to take longer to get there; F-35A is very unlikely to be a remotely immediate Tornado replacement; far more likely such a purchases will be delayed and will be stretched over time and will actualy replace the Tranch 1 Typhoons (which were originally pencilled for early retirement and now will only see limited upgrades).
The combination of F-35Bs and the latest Tranch 2 & 3 Typhoons are the immediate Tornado replacements.

Italians have KC-767s with booms, so can make more use of the A.

RAF Voyagers are drogue only.

Harrier said:
Italians have KC-767s with booms, so can make more use of the A.

Nobody actually thinks we are going to buy 138 B variants though do they? I agree that the RAF may get some land based F35s in twenty years time, but they wont be the A variant (D,E,F?).

The Sentinel has been a bit of political football ever since its introduction with early retirement having been discussed several times and then reprieved when nothing else could take on its role.
So adding that capability to the Poseidon fleet would make sense to safeguard that capability but it does risk stretching the small Poseidon force rather thinly, even with back-up from the three 135s.

I have no doubt the RAF will operate a mixed F-35A & B fleet, the days of recreating the Harrier force are gone and probably not cost effective anyway, so the conventional A will be better for 'bread-and-butter' land-based operations alongside Typhoon.

I think I asked about the refueling options in another thread previously and someone pointed out that is was feasible to convert to drogue refueling.

From what I understand the only restriction is money. The space is available should anyone wish to have a 'Probe&Drogue' equipped F-35A (or for that matter, a Probe&Drogue and Boom equipped variant). It just needs someone to declare they want it and are willing to pay.

JFC Fuller said:
It might just be easier to add booms to the Voyager fleet.

Sentinel is publicly stated as being an incredible capability.

Current planning sees just four operational F-35 squadrons in the UK- either that has to change or the cost calculations have to work in a fashion that justifies having two of them flying As and two flying Bs.
Click to expand...

More details on the RAF plans re: the 4 front line squadrons of F-35Bs.
https://ukdefencejournal.org.uk/uk-planning-four-front-line-f-35-squadrons/
https://en.m.wikipedia.org/wiki/Future_of_the_Royal_Air_Force

These (initial) 4 F-35 squadrons (plus a 5th training squadron) will apparently require an operational fleet of approx 63 aircraft. Some additional aircraft will also be required for the "sustainment fleet" but the suggestion in some quarters that this sustainment fleet needs/will have the balance of the committed to 138 order (approx 75 additional F-35s) to sustain the 63 operational fleet sounds far fetched.

I think what many expect is medium term relatively small (approx 24-48?) top-up order to the current 48 F-35Bs (i.e. for the full 5 squadrons, including the training squadron, plus sustainment/ attrition purposes).
The longer term plan would be then for the balance of the 138 commitment to be bought later as replacements for the 2 Tranch 1 Typhoon squadrons (and potentially for some of the older Tranch 2 Typhoons). In that context this follow on order would potentially be vulnerable to future budgetary and political considerations; if it does (hopefully) go ahead then there will be a decision to make if to go with more F-35Bs or to switch to the F-35A.
F

The Lockheed Martin F-35B Lightning II Joint Strike Fighter (JSF) and Boeing P-8A Poseidon maritime patrol aircraft (MPA) were rated Amber/Red (successful delivery of the project is in doubt, with major risks or issues apparent in a number of key areas. Urgent action is needed to address these problems and/or assess whether resolution is feasible).
Click to expand...

Boeing has mated the wing and fuselage of the UK’s first 737NG-based P-8A Poseidon, as the Royal Air Force (RAF) advances preparations to restore its lapsed maritime patrol aircraft capability.
Click to expand... 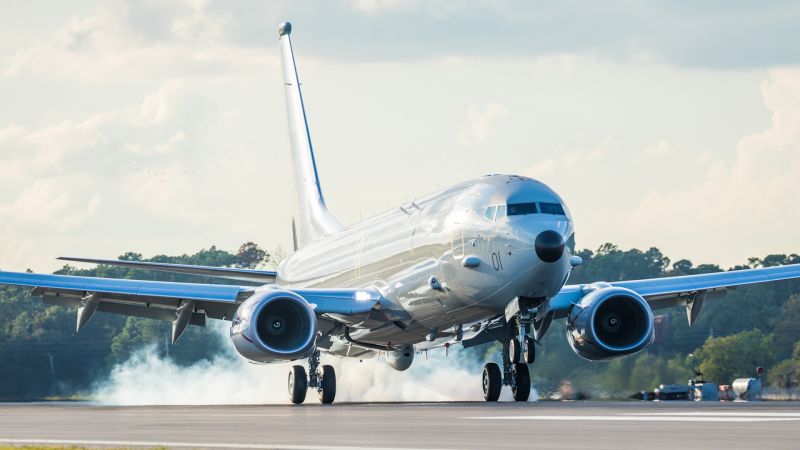 That is news that I have been waiting for a long time to hear. Now to get the rest of the F-35's in the contract.
F

Nine Poseidons to replace 9 Nimrod MRA.4s, down from 21, to replace 35 Nimrod MR2s. Yes, the maritime threat is down, but that's not a lot of aircraft, and basically no attrition reserve. I'd guess no more than six operational aircraft to cover the North Sea, Channel and approaches, Irish Sea, Atlantic and Norwegian Sea.

They are hoping to make up the shortfall in part by expendable sensor drones, including ones equipped with MAD, launched from the P-8s. Unfortunately that aspect of the program has slipped quite badly.

The expendable drones are still reliant on a Poseidon for getting to where they need to be, rather than being operationally independent. What they do is allow the Poseidon to patrol from higher altitude, with a greater radar horizon, leaving low-level MAD work to a drone, but each Poseidon can still only be in one place at once, even if it can see further. You need MQ-4C Tritons to actually spread coverage beyond what the Poseidons can provide, and there's no sign of us buying that element of the programme.

At least the capability is being restored, however thinly spread . . .

How many poseidon are the us navy buying? And isn't the UK buying more maritime patrol aircraft than they are buying of the f35? Seems lopsided.

rooster said:
How many poseidon are the us navy buying? And isn't the UK buying more maritime patrol aircraft than they are buying of the f35? Seems lopsided.
Click to expand...