Mato - nice to see you. I'm not sure if that Tupolev HST is really Tu-2000 derived. This model as shown at Le Bourget in 1987 and became a subject of close interest of GD/FW guys who tried to make another study based on model photographs.

I agree with flateric. Considering that Tu-2000 was officially only begun in 1986 and was top secret back then, I find it highly doubtful anything based on it would have been shown publicly. I think the Soviets just wanted to show that they too had some hypersonic transport projects, but without giving out too much detail of the real thing.

flateric said:
Mato - nice to see you. I'm not sure if that Tupolev HST is really Tu-2000 derived. This model as shown at LeBourget in 1987 and became a subject of close interest of GD/FW guys who tried to make another study based on model photographs.
Click to expand...

Should be. I was also surprised, because what I know is that only three versions were available: Tu-2000A - demonstrator of necessary technologies, Tu-2000B as strategic bomber and Tu-2000C as transatmospheric vehicle (LEO). Than I found that picture with description that it is SST that uses a lot of Tu-2000 technologies. But if the model is from 1987, than it is implausible.

Some more information from a CIA study on Soviet hypersonics programs in 1990:

At the 1987 and 1989 Paris Air Shows, Soviet Aviation officials indicated that a civil hypersonic transport would undergo development in the near future. According to these officials, the Tupolev Design Bureau - which, according to Central Aerohydrodynamics Institute (TsAGI) Director German Zagaynov, conducts "extensive" work in hypersonics - will design the six-engine, Mach 5 to Mach 6, 300-passenger aircraft that would fly from Moscow to Tokyo (about 7,250 km) in about two hours. Central Scientific Research Institute of Aviation Motor Building (TsIAM) Deputy Director Vladimir Sosunov has stated that the proposed airliner "could" use turboramjets. The airliner - about 100 meters in lengthand 4 meters in fuselage diameter - reportedly will use a cryogenic fuel, likely to be liquid methane, for the propulsion system and to actively cool aircraft structures and subsystems. A.A. Systsov, Soviet Minister of the Aviation Industry, stated in 1987that the aircraft would be created in the next 15 to 20 years.
Click to expand...

It was model maiden for Le Bourget airshow.

This is the HST model shown during the Le Bourget 1987. Not serious at all.
M

According to AIAA-1988-4506, "Assessment of a Soviet Hypersonic Transport", it was a Tupolev design for 300 passengers with a cruise Mach number between 5 and 6, a range of over 4500 mi, and probably using Methane fuel.

it was nothing more then fancy airshow model
M

The AIAA paper, which was published by staff members of the Comparative Systems Analysis Group of the General Dynamics Fort Worth Division, claims that it was a painted wind tunnel model and states that they obtained some associated data from an interview with an engineer in the Soviet 1987 Paris Air Show delegation that they used in their subsequent design analysis and reverse engineering effort. I'm only quoting from the paper and have no direct knowledge, so I can't gauge in how far their assessment may have been based on wishful thinking, misinterpretation, exaggeration or intentional misinformation.

martinbayer said:
and states that they obtained some associated data from an interview with an engineer in the Soviet 1987 Paris Air Show delegation
Click to expand... 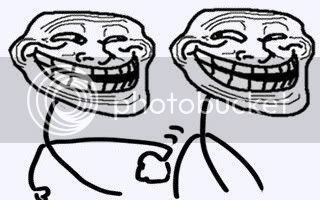