The second launch from Russia’s new spaceport has failed

On Tuesday morning, a Russian Soyuz 2.1b rocket lifted off on schedule from a new spaceport, carrying the the Meteor M2-1 weather and climate satellite, as well as more than a dozen secondary payloads. However, the satellite never reached its target orbit, more than 825km above Earth.

According to Russian media reports, the Fregat upper stage separated from the rocket about 10 minutes after launch, but then something went wrong. At least one of the two firings of the Fregat stage, which is used to insert satellites into their designated orbits, apparently did not happen. Russian space journalist Anatoly Zak reports that human error may have been involved, with an errant pre-programmed flight sequence. Roscosmos has since lost contact with the satellite.

This failure is troublesome for the Russian space program for at least a couple of reasons. This is the fourth failure of the versatile Fregat space tug, which has been in service for about two decades. All of the problems have occurred since 2009, when there have been problems with flight data, third-stage failures, and control system failures. In each of the cases, the satellite did not reach its desired orbit.
Click to expand...

You can find more detail on the flight including the payloads aboard on the link below.

almost unbelievably, the flight control system on the Fregat did not have the correct settings for the mission originating from the new launch site in Vostochny, as apposed to routine launches from Baikonur and Plesetsk. As a result, as soon as Fregat and its cargo separated from the third stage of the launch vehicle, its flight control system began commanding a change of orientation of the stack to compensate for what the computer had perceived as a deviation from the correct attitude, which was considerable. As a result, when the Fregat began its first preprogrammed main engine firing, the vehicle was apparently still changing its attitude, which led to a maneuvering in a wrong direction.
Click to expand...

That's a shockingly bad mistake to make, right up there with Lockheed's famous "metric or American units" mixup. I mean, the fact that the Fregate FCS needs to know the launch location with some degree of precision should be well documented, right?
F

Russian officials could complete their investigation of a rocket failure Tuesday by mid-December, and multiple Russian news reports suggest the probe has narrowed to focus on the guidance computer on the Soyuz launcher’s Fregat upper stage.
Click to expand...

A programming error may have led the Fregat stage to attempt an unnecessary 360-degree maneuver, leaving the rocket in the wrong orientation for the engine firing, according to RussianSpaceWeb.com, a website run by Russian space journalist Anatoly Zak.

The website reported the Fregat’s guidance computer did not have the correct settings for a launch from Vostochny, a remote facility in Russia’s Amur region near the Chinese border. It was the second Soyuz launch from the new spaceport, and the first from Vostochny with a Fregat upper stage, which flew more than 60 times previously from other launch sites in Russia, Kazakhstan and French Guiana.

“As a result, as soon as Fregat and its cargo separated from the third stage of the launch vehicle, its flight control system began commanding a change of orientation of the stack to compensate for what the computer had perceived as a deviation from the correct attitude, which was considerable,” RussianSpaceWeb.com reported. “As a result, when the Fregat began its first preprogrammed main engine firing, the vehicle was apparently still changing its attitude, which led to a maneuvering in a wrong direction.”
Click to expand...

From later updates to the article: 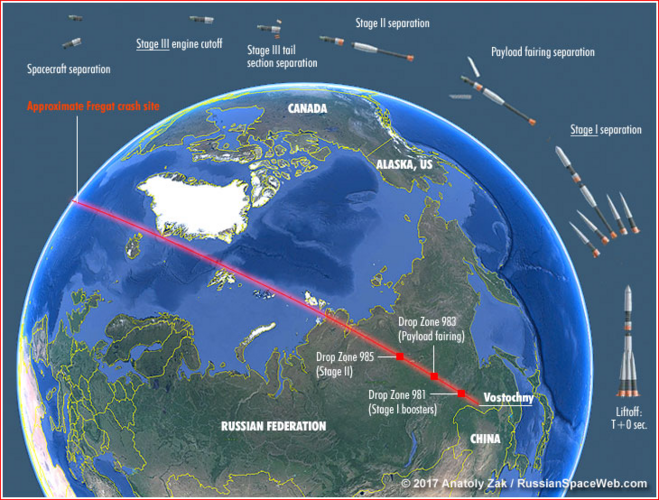 Roots of the Vostochny accident analyzed 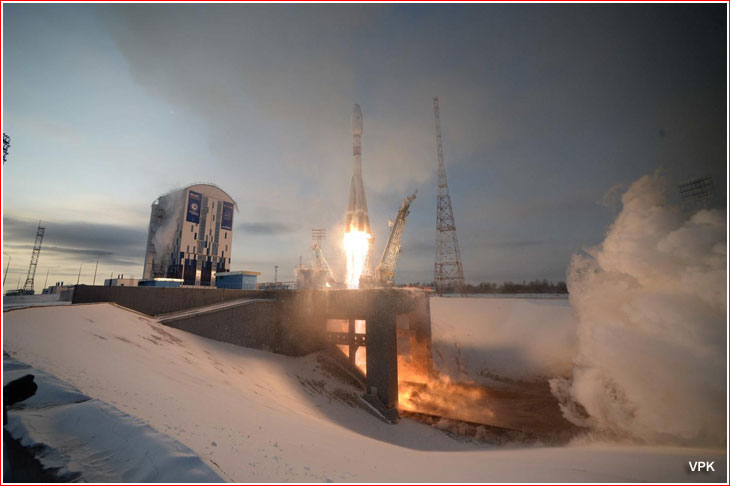 ​
In the days following the November 28 accident, Russian space officials and the wider engineering space community also did some soul-searching on the underlining causes leading to the bizarre error during the launch. First of all, a number of experts, pointed out that the overall cause of the accident was a rare confluence of rotation angles within the gyroscopic system of the Fregat upper stage which had not been accounted for in the software of its onboard flight control computer. Such a confluence could only be generated by the particular navigational situation in Vostochny and had never been encountered during the previous 66 launches of Soyuz-2 rockets from Baikonur, Plesetsk and Kourou.

According to a post on the online forum of the Novosti Kosmonavtiki magazine, the Fregat stage for the ill-fated first mission from Vostochny was originally built for the launch of the Rezonans scientific satellites from Baikonur.

At the same time, experts agree that the problem could theoretically have been resolved before launch, if not for the poor coordination between the developers of the flight control systems of the Soyuz-2 launch vehicle and their colleagues working on flight controls for the Fregat. As one poster on the Novosti Kosmonavtiki forum noted: in the deluge of pre-launch paperwork between RKTs Progress in Samara, which built Soyuz-2, and NPO Lavochkin, which developed Fregat, discussing a multitude of legal issues, confirming and reconfirming various agreements and reminders, there was not a single memo attracting the developers’ attention to a different alignment of the launch pad in Vostochny from that of other sites. Obviously, such information was buried in the working documentation on the mission, but nobody thought about the effect of this fact on the launch. The lower echelon of engineers simply missed that detail, while top managers had no idea at all, because, the majority of them lacked the necessary qualifications, the poster said.
Click to expand...