The Man in the High Castle

Was a Italian Alternate history novel called "Asse pigliatutto" (a word pun: "Axis take all" and "Ace take all",that is a Italian playing cards game).
December 7 1941.
Mussolini not declare war to United States,and convinces a reluctant Hitler to do the same.
So we have two separate wars.
Axis take Malta,Egypt and middle east.
Spain and Turkey join to Axis,Gilbilterra is taken.
A very generous peace proposal is accepted by British government,now led by Lord Halifax.
The war in Europe end in 1943; Russia is finally defeat at the beginning of 1945.
Meanwhile the United States smashed the Japanese Empire.
President Dewey authorizes the use of new atomic weapon on Japanese cities.
The novel ends with a petrified Mussolini that fears that Germans can become a future mortal threat for the Italian Empire,and the Italian foreign Minister Galeazzo Ciano that look for an alliance with USA. 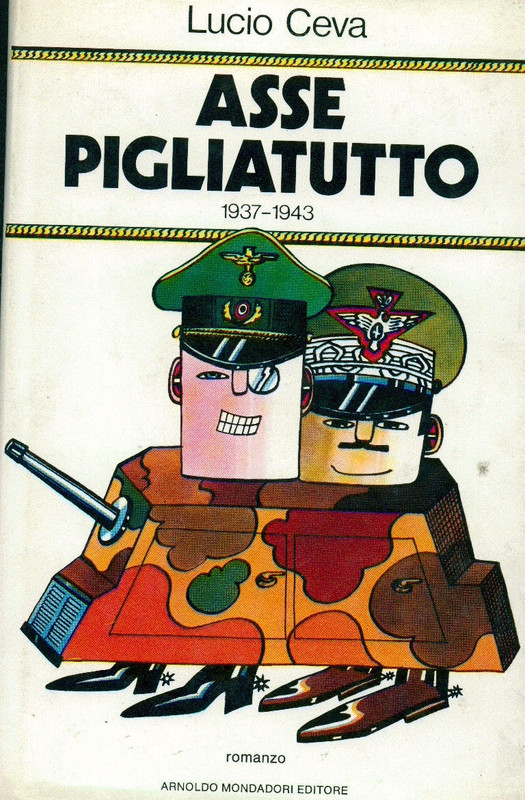 A couple items. The V-2 payload was about a ton. I am pretty sure we weren't able to make bombs that small until the early 50s.
The industrial infrastructure required to make an A-bomb was enormous. It wasn't the kind of setup that could be adapted to shadow factories either. Allied intelligence would certainly learn of the operation, and even if not, these enormous factories would soon be visited by bomber raids.

A piece of concept art from the Man in the High Castle. It's probably not a coincidence that the artist has also worked on some of the Wolfenstein games.