The interlude/theme music you are touched by

A campaign has been launched to get a D-Day single to number one after the unlikely success of a 90-year-old veteran's song.

Probably pushing it since it's not "actually" connceted with anything specific but as has been mentioned just about anything from "Two Steps from Hell" since the DO in fact to trailer music:

Their tag-line, "Musica makes you Stronger" is pretty apt. Victory, Dragonflight (extended), Heart of Courage, Never Back Down, Watch Me Fight, Starsky, the list goes on.

Another 'oddity' band is Sabaton, () which has done some work with World of Tanks/Warships, (, ) which could probably be best described as "Historic Metal" having very deep themes about historic events and places.

Steve'n'Seagulls--before googling, guess where they come from.

Ok I was big into CoX when it was live and was pretty devistated when NCSoft shut it down for no reason. So I'm happy it's back and this song and video have always been special to me.
Enjoy

The theme from "Elementary" - somehow those nervous, edgy, driven, almost hypnotic strings really get to me:
Although notably shorter, the actual show intro adds a visually rather entertaining Heath Robinson/Rube Goldberg touch to it:
Martin
Last edited: Jul 20, 2019
M

Here's another classic that stuck with me ever since I first heard/saw it decades ago - Eye Level, the theme music from Van Der Valk, as played by the Simon Park Orchestra and composed by Dutch composer Jan Stoeckart, which is surprisingly upbeat for a crime drama:

I always relished the timing of the music with the water fountain in the actual intro:

Modified opening from 2001: A Space Odyssey.

A few other scenes:

Shin Gozira
Published on Dec 15, 2008
The third theme to be presented in the film of Star Trek The Motion Picture would be the Klingon Theme (Klingon Battle)(which Goldsmith actually wrote rather late while scoring the film). The Klingon theme also displays two other themes, Vejur, and a minor theme that is used for Starfleet at the start of "Klingon Battle". This theme for the Klingon's would only appear once in the entire score, and that would be due for the fact that they would only appear at the start of the movie. This is probably as close as you get when it comes to action music with this score. It's a rather exotic theme with some heavy bass added in, but that's mostly due to Vejur's theme clashing with the Klingons in the film. The use of the Blaster Beam is quite apparent, and it's not a very comfortable sound to listen too, but it sure is effective. Resonating in the bass region, this clearly menacing instrument is another representation of the mysterious Vejur cloud.

The Blaster Beam wouldn't be used to such a degree again in any other score. It was used in Star Trek II, and First Contact, but never to a degree where it's painfully obvious that the Metal Monster Pipe was being used. A synthetic version of it was used it First Contact, and the actual Blaster Beam was used in Star Trek II, but if you don't pay attention you may miss it. Rather hard to believe I know, but Horner's score is a more harsh and action oriented piece of music.
Click to expand...

[Other videos removed from quote because of media posting limits]
Click to expand...

While, being a recovering Roman Catholic, I've never watched "The Exorcist" or any of its potential remakes/spinoffs (and for sure it ain't a line item on my bucket list either, because nobody's ever gonna give me those 121 minutes of supersticious hokum back again), I'm acutely aware of Mike Oldfield's "Tubular Bells" theme being used in that movie - I've always been mesmerized by its almost geometric, crystalline, ruthlessly rhythmic quality, as evidenced at: Martin
Last edited: Aug 5, 2019

Published on Jan 25, 2017
Provided to YouTube by Universal Music Group

Thankfully there is Endeavour - I never saw the original show, but boy howdy do I enjoy the prequel...
R

You probably mean The Onedin Line? I still remember that from my childhood days as well.
Last edited: Aug 8, 2019
F

Still holds the record for the most explosives ever used in a TV series episode.
F

martinbayer said:
You probably mean The Onedin Line? I still remember that from my childhood days as well.
Click to expand...

Yes that would be the Onedin Line lol

Oh dear I have been tired this week!!! Do you know I think I was getting it mixed up the the 80's yachting soap 'Howard's Way'!!!
M

Raberto, I never saw Howard's Way, so I can't compare or comment. I still remember watching Peter Gilmore as James Onedin though as a mere lad and thinking "Whoa - are there really people as rude as that in real life?" Sadly, life experience later on confirmed that there are indeed.

Published on Feb 11, 2012
This is the alternative slowed-down version of the song That I believe makes it deeper. It can be found in the watchmen as well as one of the older batman movies. IM not 100% sure which one. The watchmen is owned by DC comics & the song is property of virgin records. Image provided by google.
Click to expand...

A Bridge Too Far 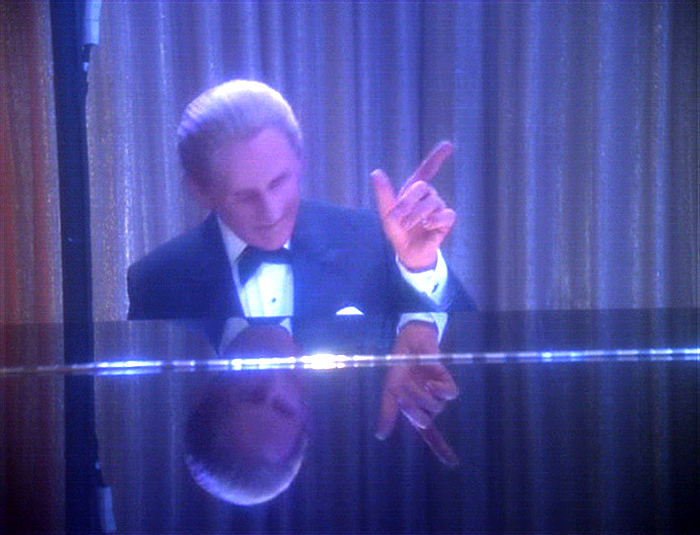 Star Trek fans got some sad news on December 8 when it was reported that actor René Auberjonois had passed away at the age of 79. His career as an actor included starring roles on Broadway, voice a…