Wow is right. You absolutely amaze me. It's so good to see your art again. Thanks.
A

Awesome!!! What the hell was this project ? a VTOL piston-powered fighter ?
P

It certainly has a look similar to the Lockheed XFV-1: 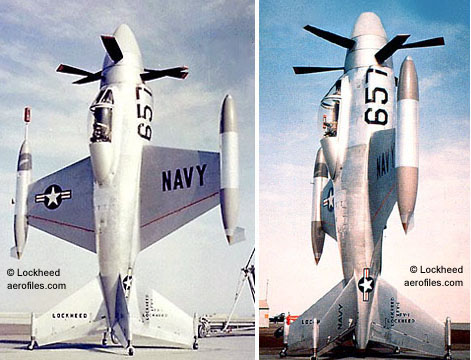 Please tell me if this was a real project and if so are there any details?

This is a real Supermarine project.
The concept was proposed in the Supermarine
Technical Report No.4040 of 26 February 1944.

I hoping PlanesPictures tells us that it would have used the RR Crecy (all 5000 hp of it) :
P

At least without the Allison T40, it would have a chance.

Awesome. But that last picture, "Fatal Problem" reminded me of my first springtime sortie into back yard with the lawnmower today........

The archivists at Solent Sky have just located some preliminary sketches and calculations from 1944 that appear to be early thoughts for Clifton's Technical Note 4040. Of course this was never a project or even truly a concept, just a note to show that it was theoretically possible to acheive vertical flight with a RR Griffon. Images on their Facebook page.
https://www.facebook.com/search/top/?q=solent%20sky%20museum

The Solent sky museum site appears to be down, shame.

Foo Fighter said:
The Solent sky museum site appears to be down, shame.
Click to expand...

Seems to be OK

Clifton's sketches posted on 7th May

Another facefaq event, shame but I will not go there due to the incessant demand that I sign up. Not a chance in hell.

That's fair enough but it does not stop you viewing material the museum has posted there. A quick click on 'not now' and away you go.

Clifton started with the small 200hp concept and used that as the starting point for three larger concepts powered by a 2500hp engine (Griffon or Sabre, I guess). These were a fighter weighing 8750lb,

The VTOL prop planes with the pilot flying on his back never progressed because trying to land was extremely difficult. Landing an aircraft straight ahead is never routine, and these tail-sitters made landings dangerous even at a good landing pad. Lockheed's VTOL Test Pilot Fish Salmon was a close friend of my Dad's. I discussed the Lockheed VTOL with Dad in the 1980's after I'd started flying, and Fish had said that looking down over his shoulder and judging everything he needed to was just impossible. Landing one of these at an unprepared field likely would have been a disaster.

The XFV probably would never had tried to land on an unprepared field as if you look at the drawings of the proposed production aircraft the ends of the tail fins are pointed and designed to open as they penetrated a cable mesh like a window screen that would secure the airframe in the vertical. Not practical on any other surface.
Share:
Facebook Twitter Reddit Pinterest Tumblr WhatsApp Email Share Link