Strike From the Sea by Tommy H. Thomason

Book: Strike From the Sea on U.S. Navy carrier-based attack aircraft, from Specialty Press in early 2009.

Monograph: Bell XFL-1 in Steve Ginter's Naval Fighter Series, probably by the end of the year.

Book: Strike From the Sea on U.S. Navy carrier-based attack aircraft, from Specialty Press in early 2009.
Click to expand...

Wow, that would be a great addition to my library!...unbuilt projects will be covered on it?

One or two illustrations and brief mention of: first XA2J (bigger and somewhat different from the one built), A2U, Curtiss proposal for competition won by Douglas A3D (scanned picture of a model from the Hook magazine), A4D-3, A4D-6, "FJ-5" (picture of a model that I'm guessing is it), AH (but nothing new), Douglas and Vought proposals for competition won by Grumman A-6, Vought 1602, A-7X (two versions), F-117(two or three versions), Northrop proposal for competition won by GD (need a good three-view; I've sketched one from the pictures in Stevenson's book but it's very approximate). I'd like to include a three-view or artist's concept of the Douglas proposal for the program won by the North American AJ - the one in Ginter's excellent AJ book appears to be a precursor of the final Douglas proposal according to the Navy's summary evaluation report. If anybody has any unpublished material on these or ones I don't know about (note that for space I have to limit the content to finalists/short list projects), I'd really appreciate a look.
N

I'll have to find the issue, but if all you need is a scan of the picture... 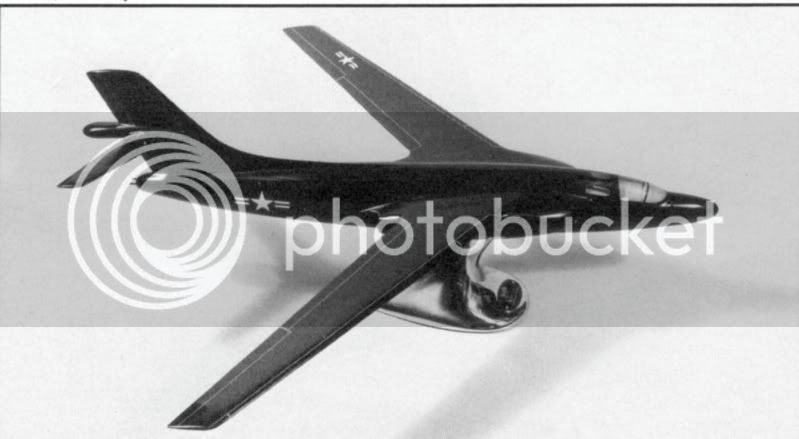 Magnificient T.T. Many Thanks.
Any Curtiss design number ?