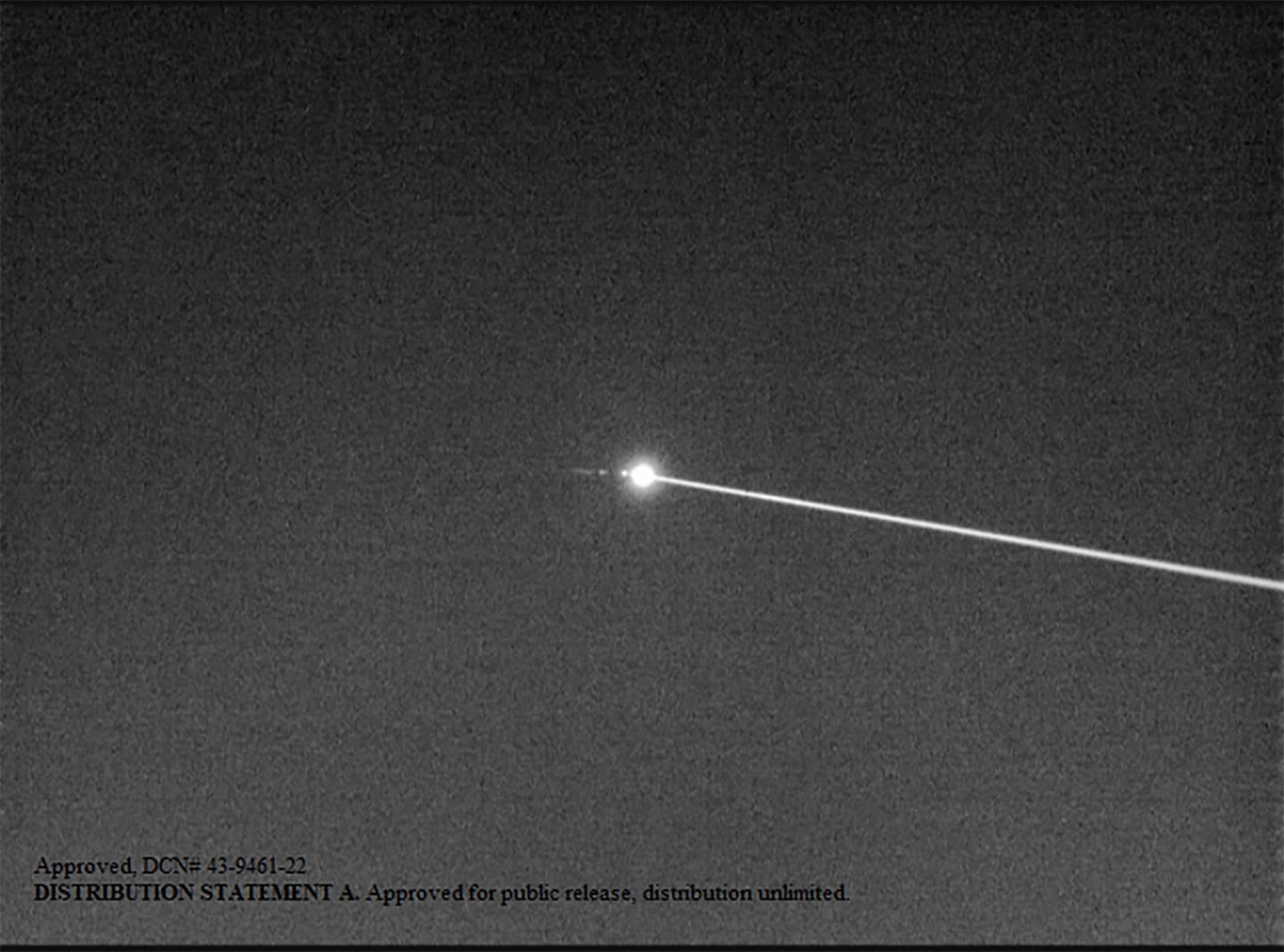 During an Office of Naval Research (ONR) test, an all-electric, high-energy laser weapon was used to defeat a target representing a subsonic cruise missile in flight. The Layered Laser Defense (LLD) weapon was designed and built by Lockheed Martin to serve as a multi-domain, multi-platform... 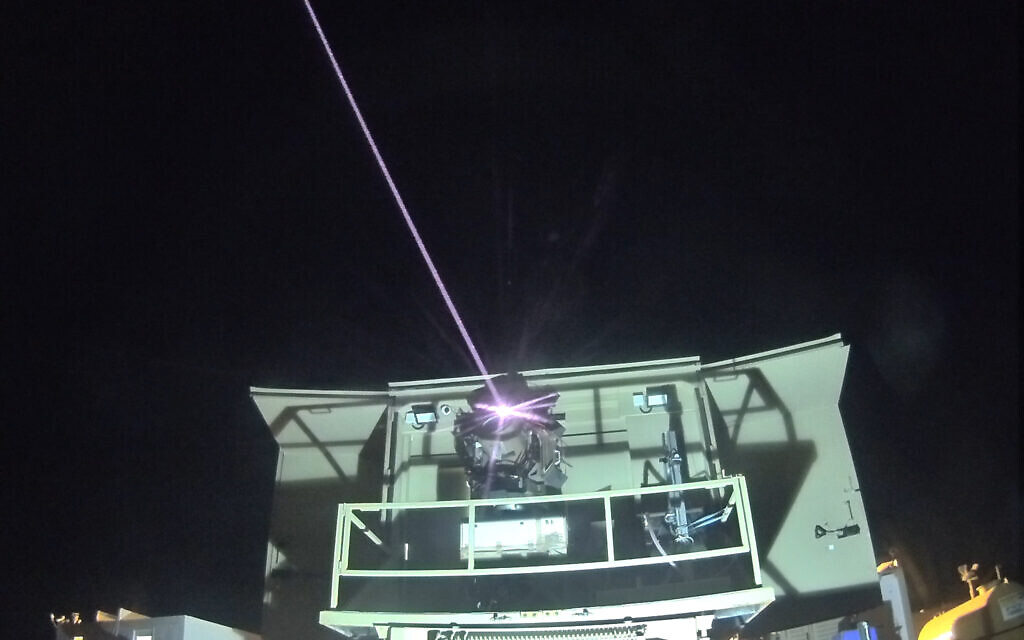 Officials hail Iron Beam system after successful interceptions of guided and unguided projectiles; Gantz says all efforts being made for early deployment

I seem to remember something called the “ellipton.”
C

Officials hail Iron Beam system after successful interceptions of guided and unguided projectiles; Gantz says all efforts being made for early deployment

Pros
“effective, accurate, easy-to-operate tool that is significantly cheaper than any other existing means of protection,” against the threats Israel faces.
"not meant to replace the Iron Dome or Israel’s other air defense systems, but to supplement and complement them, shooting down smaller projectiles and leaving larger ones for the more robust missile-based batteries"
"the laser-based system can be seen intercepting a rocket, a mortar, and a drone at an undisclosed location in southern Israel’s Negev desert"

Questions
"The recent tests were the first to be successful against the other threats, including unguided projectiles and anti-tank guided missiles. (The latter was not shown in footage released by the ministry.)"
"without detailing the exact number of kilowatts "

Cons
"The downside of a laser system is that it does not function well in times of low visibility, including heavy cloud cover or other inclement weather"
" For that reason, the ministry intends to also mount the system on an airplane, which would help get around this limitation by putting the system above the clouds, though that is still a few more years off, ministry officials have said."

Iron Beam looks a good system for Israel with its in the main wall to wall sunshine to allow lasers to be fully operational and save a fortune compared to Iron Dome which cost them a $billion plus in Tamir missiles last year expended countering the on target numbers of the ~4,000 RAM fired from Gaza last year. Israel will need to retain Iron Dome for when weather unfavorable. The thought that Israel could mount Iron Beam in aircraft looks very expensive defeating the rationale as a low cost system.

For other countries without the wall to wall sunshine of Israel makes the case for lasers dubious at best, as with Israel you still need conventional missile systems when subject to adverse atmospheric condition, clouds etc. why would you field an additional laser system with all the tens of $millions costs involved that is non-operational when it rains much more often than it ever does in Israel?
T

When coupled with frequency modulation and HPMW synchronized beams, Laser can pass through water and clouds humidity.
The technology is simply at an higher level than what Israel is ready to unveil or may be able to reach today.
Notice also that their approach is for a distributed network of firing units that would require a lower level of sensitive technology to remain productive. It would seem fairly logical from them to have balanced the pros and cons of deploying a large amount of potentially sensitive technology and come around this dual approach of Laser and more classical Iron Dome to fit the bill at a lower risk.
C

Sounding a note of caution on some of the Pentagon's big ticket R&D programs including lasers by someone who should know, James Stewart, chief electro-magnetic warfare scientist at the Navy’s Surface Warfare Center in Crane, Ind. 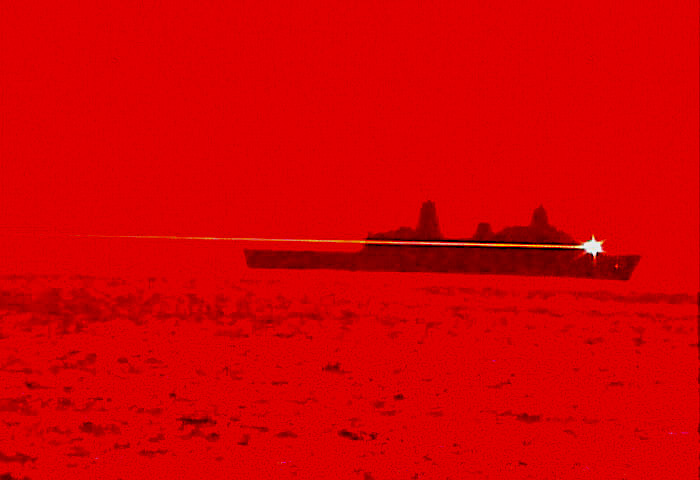 The Pentagon needs a realistic experimentation program built in to evaluate emerging technologies like Joint All Domain Command and Control [JADC2] and hypersonic or directed energy weapons, a top Navy scientist said Wednesday. Experimentation must be viewed as a necessary asset in mission...

Adding that to the other thread. 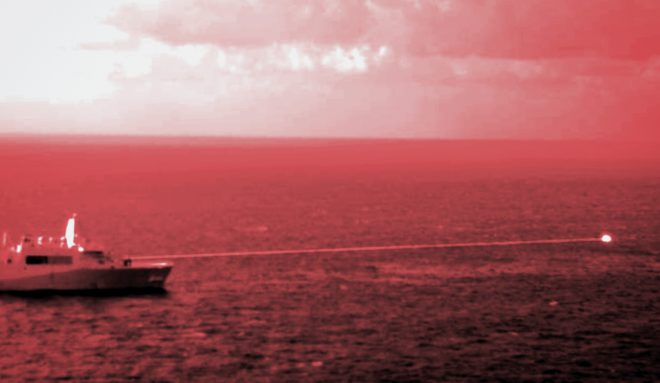 The following is from the May 9, 2022, Congressional Research Service report, Navy Shipboard Lasers: Background and Issues for Congress. From the report This report provides background information and issues for Congress on shipboard solid-state lasers (SSLs) that the Navy is developing for...