Russia has developed Microwave gun to defeat UAV's and warheads.

The newly-developed equipment is capable of deactivating the radio electronics of UAVs and the warheads of precision weapons, according to a representative of the corporation.

The equipment, informally named the microwave gun, has been developed for the needs of Russia’s Defense Ministry and will be demonstrated during the closed part of Army-2015, an international event organized by the Russian Defense Ministry, the Federal Space Agency (Roscosmos) and state technology corporation Rostec, which will be held on June 16-19.

The UIMC representative has not revealed all the technical characteristics of the equipment but has mentioned that the impact range of the equipment is ten kilometers and that its defense perimeter is 360 degrees.
“The new system is equipped with a high-power relativistic generator and reflector antenna, management and control system, and a transmission system which is fixed on the chassis of BUK surface-to-air missile systems. When mounted on a special platform, the ‘microwave gun’ is capable of ensuring perimeter defense at 360 degrees,” the representative said.

There are currently also plans to use the system for testing Russian military radio electronic systems against the impact of powerful super-high-frequency emission.
G

Is this the RU equivalent to CHAMP, just implemented in a defensive way? 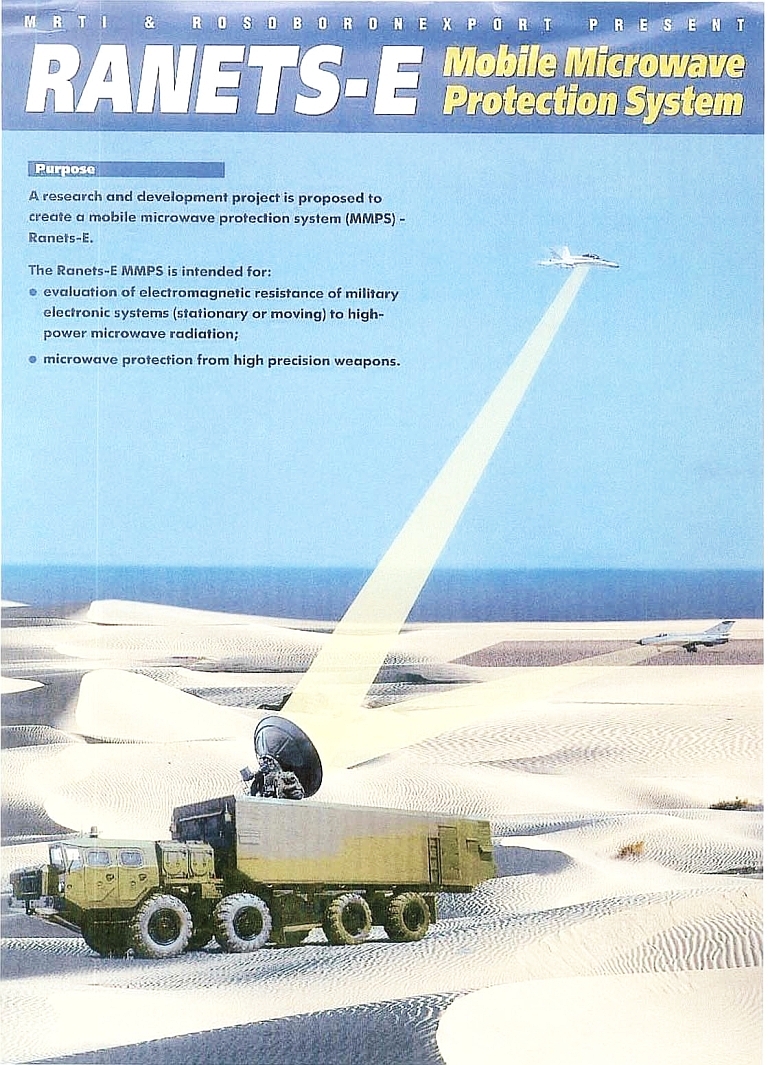 We missed you.
P

I find it difficult to believe that electronic systems "hardened" for use in a nuclear environment could be knocked out by anything less. I could be wrong; I hope I'm not.

pathology_doc said:
I find it difficult to believe that electronic systems "hardened" for use in a nuclear environment could be knocked out by anything less. I could be wrong; I hope I'm not.
Click to expand...