It's a mass dump missile.

Just like MICA, which manages to be 'BVR' (80km) in a 246lb missile by dint of being small and short with little carried mass after the motor burns the back end light and as a means to optimal shock carriage across the body length, this weapon will combine what looks like an 8" body diameter with a 6ft body that is likely intended as a staging weapon which uses a booster like an ASAS to achieve optimum Mach for the KV's own specific impulse motor before jettisoning.

As such, given what we have seen of a Stunner/D-Sling styled LREW-

The likelihood seems quite high that the USAF is doing three things:

1. Designing a weapon which compensates for the gross kinematic shortfalls of the F-35 class by incorporating a system which equates to the supercruise pre-boost of an established Mach shock, on the missile nose, as it comes out of the bay.
2. Designing, for the export market, a weapon which is multi-carriage compatible with the fighter mission in a restricted weapons bay airframe while still maintaining a notable differentiation with the U.S. standard model in terms of absolute performance and tactics.
3. Solving for development costs by essentially doubling the funding for a weapon system that may well have substantial NCW/NIFC-CA differences in datalinks, IMU/autopilot trajectory tailoring as kinematic maximums and even seeker spectrum use as JATM but which is nominally the same as a function of overall core system layout in the SACM.

The mini-Standard with a chunky body may well have Mach 5 performance capacity WHEN BOOSTED but is nominally a Mach 3.5 weapon when fired alone. By itself, this is a game changer because it means 'additive manufacturing' is not nearly as important to overall system cost performance as sheer numbers possible through integrating nominally disparate mission requirements across common subsystems.

It will be interesting to see if this missile is restricted to a Sidekick format or is mooted for use from a BRU-61 as early photos of the CUDA seem to indicate. GBU-39 is 5.9ft long, GBU-53 is 5.75ft long. A six foot SACM may or may not be similarly capable, based on forebody taper/fineness ratio requirements and where they place the carriage lugs. Pointy Missiles tend to have a lot longer over-the-nose clearance issues than stubby glide bombs.

Conversely, the use of the weapon from the door station, as a single carriage system, will not notably change the capacity of the fighter in it's primary 'strike' configuration (AGM-88G opposite GBU-53/JAGM as opposed to GBU-31/32), which means that you aren't really improving the F-35's multirole survivability as compared to say an F-16/18 with 2+2+2 as a graceful range point redundancy while still carrying A2G primary mission ordnance.

That last 42,000ft incrementation from an 8nm radar merge/NEZ endgame and the opening of the GAU-22 envelope will be a doozy.

For myself, the big question is seeker vs. parent acquisition. I don't believe in the nonsense about shooting weapons from 400km distance, even at a mile per second, at HDLD assets like tankers, ISR and BMC2. If your RFLO signature control isn't perfect (and the Indian tracking of J-20s using Su-30MKI-2 indicates it may not be) then lighting up the sky with LRS modes that can track even a heavy across that kind of a distance is...problematic. Because you _don't know_ where the F-22s are that use their ALR-94s to walk up and club you, from half the range.

Conversely, if the USAF is asking for longer ranging weapons, it could mean that they are looking at Quantum Radar/PCLS as some genuine threat to contemporary VLO. Certainly the argument that the 4th Gen are going to be missile trucks with big, heavy, LRM if the F-22s/F-35s cannot penetrate the ADGE to fire their own weapons is...wonky.

Having said this, there are a lot of ways to skin the cat in terms of baselane/WIW kills as the threat QRA does the Viking Takeoff. Special forces teams in direct overwatch, wired for sound COMMINT or some kind of stand-in ultra-LO (Dark Star or RQ-180) asset with a very competent passive system using say 5,000X5,000 hyperspectral IRST in a dedicated (14-20") aperture.

As such, the question then becomes-

A much smaller, subsonic, IR source will be seen by threat IRST or MAWS/DAS equivalents far later than a fast missile or it's burner sprinting to pole boost parent.

In theory (500nm ADM-160 MALD + MCALS equipped C-130) you could launch a spread of these things, like Torpedoes. And let them be their own broom to sweep forward, into acquisition, using overlapping seeker scans and hunting datalinks, shared by the swarm.

You know there is a bad guy out there. Your launch QRA warning tells you so, even if the threat is also RFLO. But where the decision point is going to be the distance that the target REACTS to an inbound shot, you don't have to have the carried mass of a high impulse/biplateau solid motor. You just need a solid ability to get from .9 to 3 Mach faster than the other guy can accelerate out of envelope.

Concentrating motor energy expenditure and weight in the midcourse transit Mach, when the missile is functionally doing not a thing beyond trying to close the distance before the threat either ghosts out on signature or simply tac turn leaves the envelope (whether it knows it's been shot at or not) is a dumb way to go because when you reach endgame, you are carrying motor tube length/mass that is now empty but which still acts like a whip-the-snake pendulum as the missile tries to pursue a very uncooperative target. This applies, equally, to a simple 'missiles fired!' E-3 or E-2D with a high power S-Band/UHF radar which then turns and drops leaving the prediction zone of a PL-15 fired from a full signature J-15/16 which cannot afford to straight and level provide midcourse datums to the weapon's IMU.

Which is why I worry that a concentration upon very long range AAM may well mean that either directly through an onboard sensor, or through some supporting NCW ground system (with decidedly more power across a greater-gain antenna area) the Chinese may well have found a vulnerability in U.S. stealth design. 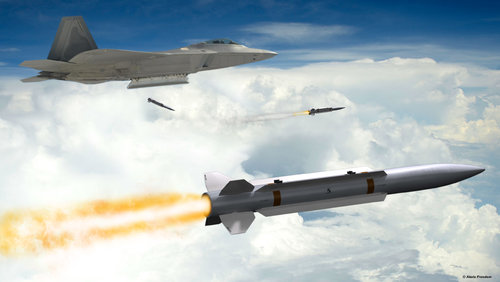 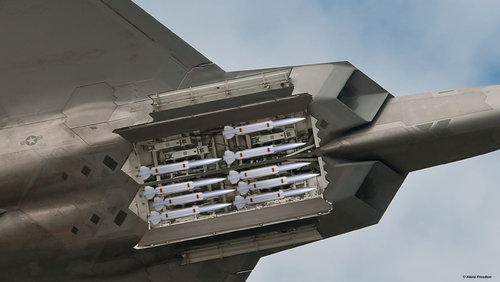 I think it will be interesting. The full set can be seen here - https://www.artstation.com/artwork/QzqgA4
C 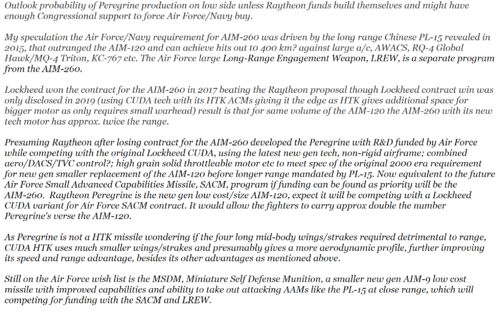 Any chance Peregrine is the upper stage of NCADE? Only thing that even got me down that path is the name. Peregrine falcons dive on their prey at high speed from above.
You must log in or register to reply here.
Share:
Facebook Twitter Reddit Pinterest Tumblr WhatsApp Email Link
Top