Really nice pictures Barrington, many thanks!!

I enclose my personal contribution about this interesting topic.

great pics
ditto for the thread without the 'R"

here were proposal to use MORL hardware for Manned Mars Fly, Mars Mission Module
I don't know of Lunar MORL concept (like Lunar Skylab ( Wet Orbital Workshop design))
has some info on that ?

what does Wet Orbital Workshop mean? It just said vacuum laboratory possibly using a MORL module in the text...

this looks a bit dodgy to me with those struts!

It means that the workshop starts life as a series of propellant tanks, actually filled with propellant. Once in orbit, the tanks are vented to get rid of any remaining propellant, and the "stuff" is moved in. It's much more labor-intensive than a "dry" workshop (like Skylab), but it gets a much bigger payload weight.
B

Only just noticed in this BIG space staion picture is a MORL in the corner...

picture P298a looks like it has MOL modules docked to it!

no that a space Telecope in size of Hubbel !

In the Barrington's first scan it's easy to see two Big Geminis docked with the huge space station's hub....

Definitely yes.
See the image and look at the two vehicle attached on central hub (where is written "USA" and the flag).
They are Gemini of course but bigger than the average one, see how it is little the forward part compared to the rest (and take for comparison a picture of an acutal Gemini), furthermore add the rear docking system and you will have a Big Gemini.

Two hypotesis on that:
1) Is it right the date of the drawing (1963)??
2) Could it be a Big Gemini ancestor (like Gemini observatory and so on)??
3) The drawer has wrong the Gemini's proportions (it is fairly unlikely....).

now i get it archipeppe

back to scan0032 (2).jpg
yes that are Big G
so far i know is this a illustration from a 1970s Space book for children

Michel Van said:
back to scan0032 (2).jpg
yes that are Big G
so far i know is this a illustration from a 1970s Space book for children

based on real design for Space Base with Artificial Gravity
use a nuclear reactor as counter weight
Click to expand...

That must NAA Apollo ferry for MORL !

new to me is MORL with nuclear reactor
is that for artificial gravity experiment ?

thanks for picture Barrington Bond

Michel Van said:
based on real design for Space Base with Artificial Gravity
use a nuclear reactor as counter weight
Click to expand...

I cannot find the information on this space station...
:'(
http://fandom.rusf.ru/about_fan/stamps/yemen_ar_1971_space70_silverperf.jpg
On an illustration it is written: "Project McDonnel Douglas, USA. Planned for 1975-1980".
I think that it is an error.
Whose is the project?..
???
P

magnus_z said:
On an illustration it is written: "Project McDonnel Douglas, USA. Planned for 1975-1980".
I think that it is an error.
Whose is the project?..
Click to expand...

An interesting set of stamps, especially coming from Yemen!

Some of the stations shown may well have been McDonnell-Douglas proposals, but they're not all from McDonnell-Douglas. The one at the top right, for example, is von Braun's proposal from the 1950s. Note that some are identified as originating from Boeing too. Other firms that might have proposed some of these include North American and Lockheed.

...During the 60's and up through the mid-70's, a lot of those Middle East and African third-world countries were releasing all sorts of gimmick stamps, Those from Bhutan were probably the most sought-after ones, with a whole series of space commemorative stamps that were like the old 3D lenticular baseball cards, as well as the first - and IIRC the only - stamps made out of 100% US Steel. Bhutan also released a series of stamps that were 45rpm vinyl records, others that were scented, or made of silk, and even bas-relief ones - which no doubt choked on the collators if someone was stupid enough to actually *use* them as a postage stamp! Of late, I even hear they're going to release the first CD-ROM postage stamp.

...Tonga was another country that produced some oddball stamps, releasing a set printed on gold leaf, while Umm-Al-Quwain released at least one on silver leaf, and Qatar did two pairs of each! On the cheaper side, Portugal released one printed on thin cork. The Swiss released one that was embroidered on fabric, the Austrians did one on the same material soccer balls are made out of, and a couple of years ago they released a stamp that had meteorite dust ground and mixed with the inks.

...Still, when you get down to it, Bhutan and Liechtenstein were for a good number of years two countries whose stamps were pretty much equally prized by philatelists everywhere. The former for the weird stuff, the latter because that's the only export industry they had, which makes the Duchy of Grand Fenwick seem like at least a second-world power by comparison!

MOUSE ON THE MOON, yes! I liked that movie!

XP67_Moonbat said:
MOUSE ON THE MOON, yes! I liked that movie!
Click to expand...

...It's been a favorite of the ssh regulars for quite some time. Especially since the "seat" in the Russian rocket looks a *LOT* like what Laika was stuffed into.

...During the 60's and up through the mid-70's, a lot of those Middle East and African third-world countries were releasing all sorts of gimmick stamps
Click to expand...

This space station on postage stamps: 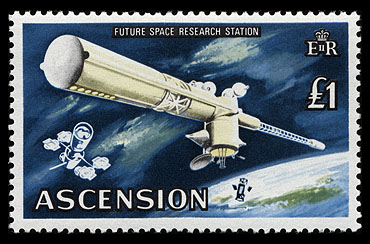 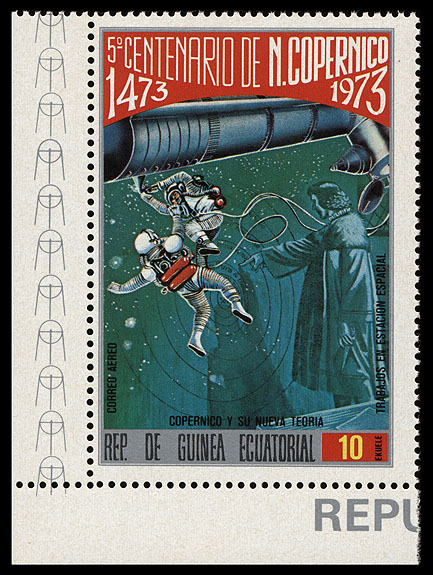 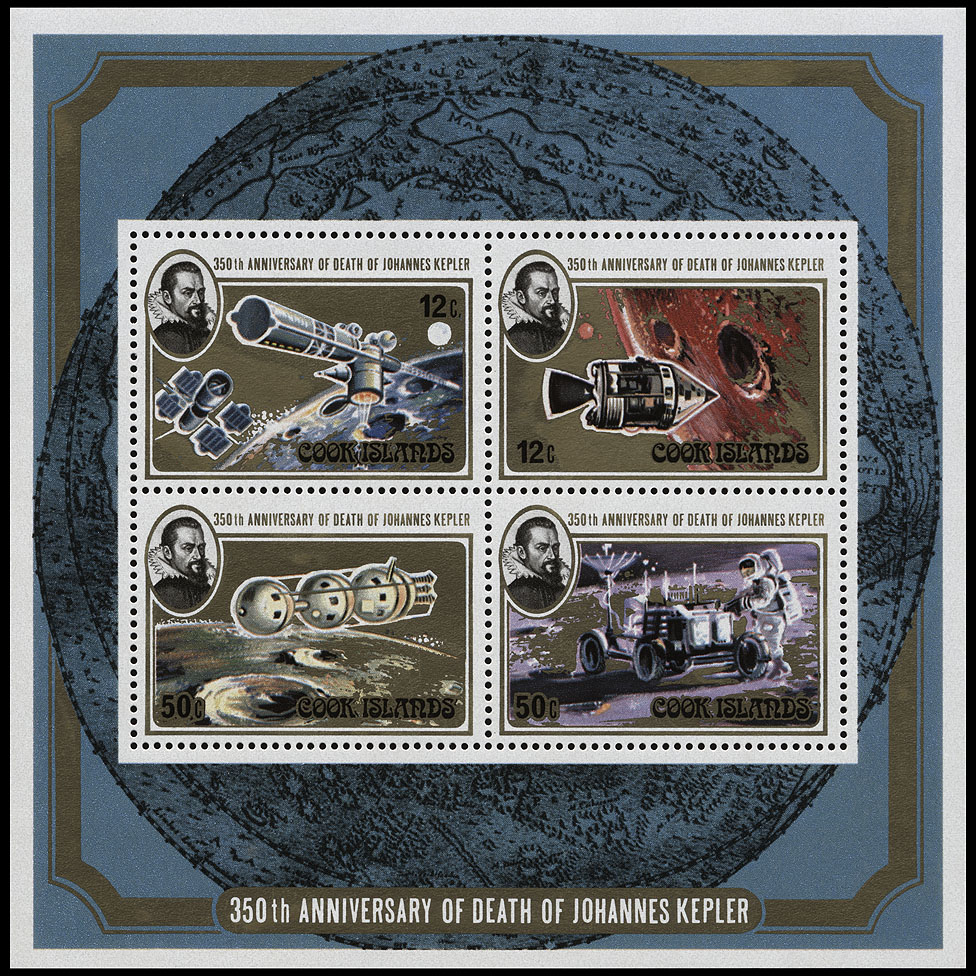 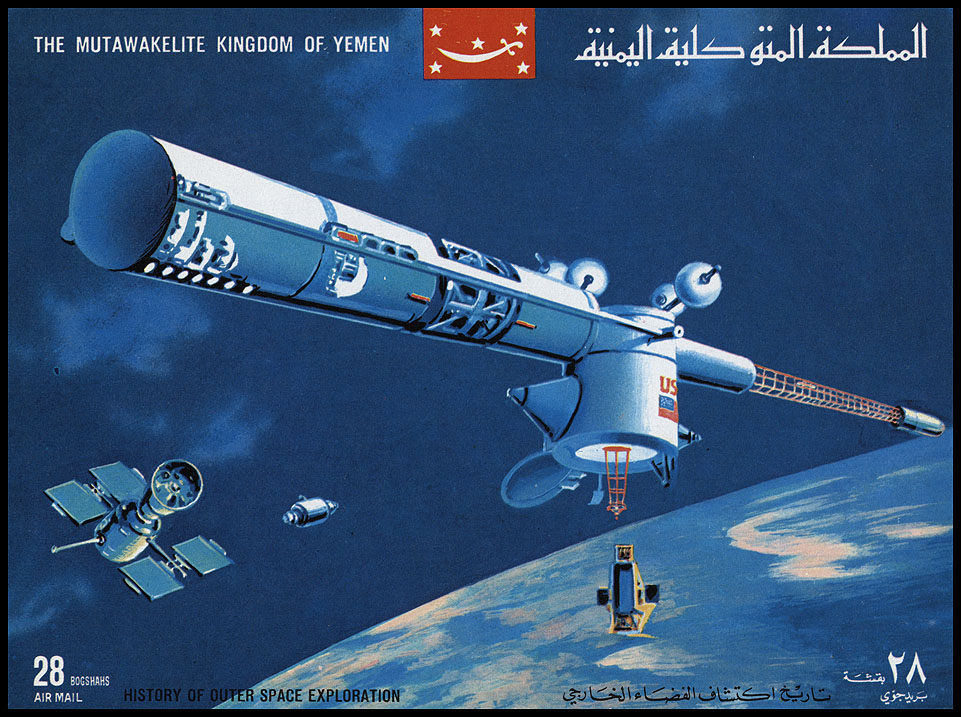 "Postage stamp" of the nonexistent country: 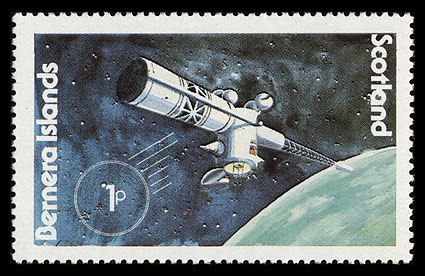 As part of NASA's post moon-landing plans, Boeing was asked to design a space station that could be used as an Orbital Launch Facility (OLF) for lunar ferry missions in support of a permanent Lunar base and manned missions to Mars and Venus.

The OLF was a nuclear powered cylindrical station built around two MORLs joined back-to-back and could be launched by a single Saturn INT-21. The station would be supported by two craft, the manned Apollo Logistics Module, a CSM modified to carry a six-man crew and logistics cannisters and an unmanned fuel tanker which would carry the fuel used by the modified S-II stage, which boosted the lunar ferries and manned expeditions out of Earth Orbit.
http://nassp.sourceforge.net/wiki/Future_Expansion

A large and striking model of a space station concept. The Manned Orbital Research Laboratory (MORL) was conceived in 1963 as a laboratory for a program of biomedical, scientific and engineering experiments. It would be launched in one piece atop a Saturn I or IB, and would accommodate one crew member for a whole year, with three other astronauts visiting for shorter periods (Hansen, Spaceflight Revolution, 1995, p 293). A 1965 NASA photograph appears to show this very model being tested in the 8-foot transonic tunnel at the Langley Research Center. The MORL concept was scrapped soon after in favour of the cheaper, smaller and less permanent Apollo Extension System, which became the Apollo Applications Program and ultimately Skylab (launched in 1973).

Thomas Kelly was a senior research scientist at Langley specializing in aerodynamics, the Project Engineer for the Supercritical wing project, and the author of several NASA publications.

Added from “Found on Ebay” thread

Here is a different concept for the Orbital Launch Facility. This is from Astronautics & Aerospace Engineering (I can't make out the date in my photo copy of the article - March of either 1963 or 1968 and I'm leaning toward 1968. The article was copied from a bound volume of the magazine.)

"William N. Gardner, head of the MORL Studies Office, explains the interior design of the space station at the 1964 NASA inspection."

It is definitely a MORL design.


Many thanks for such interesting finding Trriton.

From the above mentioned article, another proposal made by the Douglas engineers
Carl Hanson and C.Allen Gilbert, providing artificial gravity, too, but only for those
astronauts sitting on a rotating bench.

this here is also know under name HOPE
Factory model see picture below
but this must be pre MORL design, not MOL

this here is also know under name HOPE
Factory model see picture below
but this must be pre MORL design, not MOL
Click to expand...


This is definitely an early Douglas MORL proposal rather than anything regarding MOL.