So apparently LM is offering F-21 to India, instead of F-16. But I haven't managed to find a single image of it. Is it just a F-16? Is it a F-16 with certain features slightly altered? (Like Silent Eagle of the day) Is it like F-2, an enlarged variant? Or is it like F-16XL, a bit more radical departure, yet one still based on already researched airframe.

Likelihood of it being something even half-fresh is probably next to zero. (Like Super Hornet to legacy Hornet) I just don't see the market being there for such expenses.

Which brings me to a single conclusion -it's an F-16 with a different name. Marketing is taking over the world. Damnit.

And don't get me started on the original F-21, the Lion.

Pure sense of Marketing from Lockheed

Do you have an actual source confirming it's a F-16 variant? I mean, we all "know" that's the only logical conclusion, but still, is there an actual, official source stating that as a fact?

edit: never mind. I see now that LM pretty much explained it in their own promotional video. So it's just a F-16 with a refueling probe, as said.

Why would India want the F-16? I thought that India already had the Tejas and Rafael fighters getting ready for service, it does not make any sense to buy yet another fighter. :-\
T

There doesn't seem to be one party fully in charge of IAF development. Some parties favor some planes, other favor others. So then they order several types from several manufacturers. It's not like its their money, the taxpayer pays. And they probably profit personally from each of the orders.

Tejas seems NOT to be ready, actually. Mk1 variant doesn't seem as if it's going to be produced in large numbers. They're developing Mk2 variant now. So it's unsure they will have the volume of planes ready in the next 5-10 years. So F-16 is going to be replacing many of those planes that Tejas might have replaced had it been ready.

Thought the F-21 had already been used for the USN Kfir lease years ago?


sferrin said:
Thought the F-21 had already been used for the USN Kfir lease years ago?
Click to expand...

Yes , F-21 as an official USAF designation for the Kfir.
I think here using "F-21" for a "new" F-16 , USAF as nothing to do with it. Just a Lockheed name.
I think they bet so few peoples knows nor care about it been used for the official USAF Kfir designation, plus maybe 21 stands for the possible service entry year 2021 if ordered now(optimistic...), or 21st century as mentioned before.
B

So according to the Flightglobal article the Rafale was canceled in 2015, anybody know what the reason was?

Rafale won the Rafale MRCA competition in 2012, Then the all MRCA deal was canceled in 2015. This due to Indian Gov insistence that HAL share work quality being Dassault responsibility , which Dassault refused.
https://en.wikipedia.org/wiki/Indian_MRCA_competition
Then in 2015 again, 36 Rafales were ordered on a state to state contract, With offset requirement of 30%. Dassault teamed with Reliant in India. Not HAL.
First ones , all Dassault build, are being delivered : 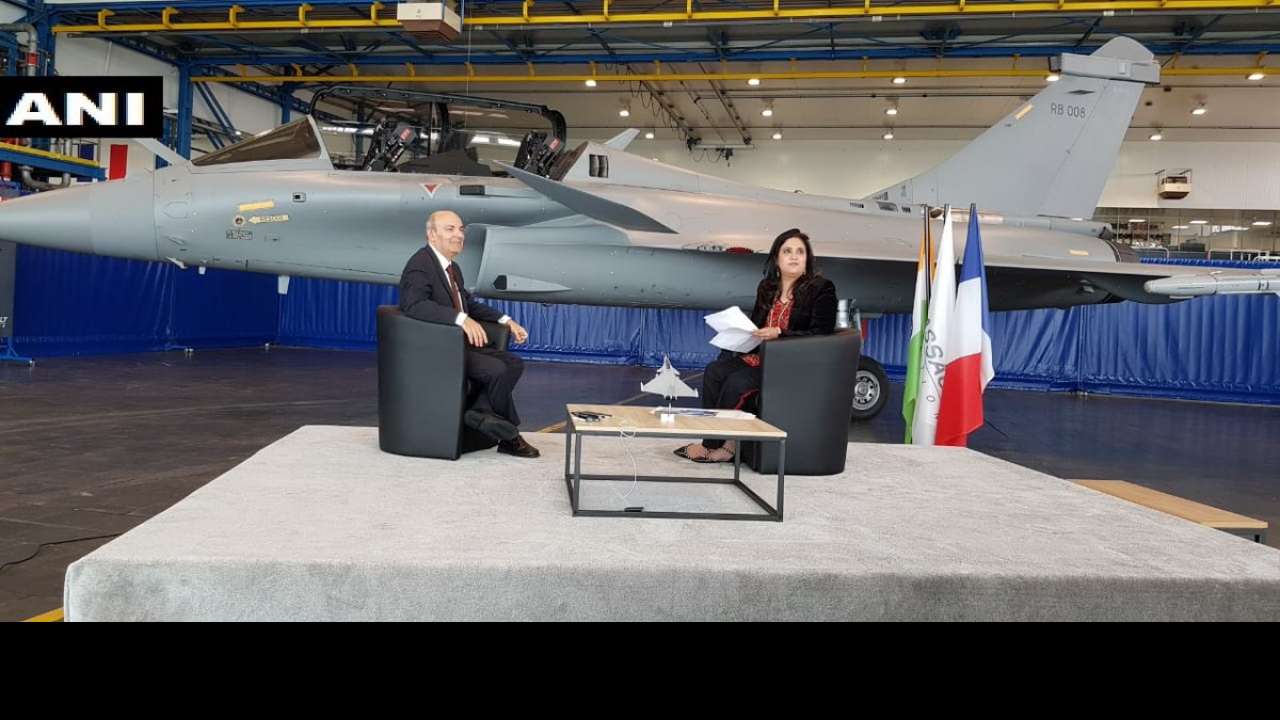 Indian defence acquirements are like 356 episodes Bollywood TV shows. Drama, love, hate… And very very long.
In the end they could very well order that "F-21", who know…? But it could very well take another ten years to make the decision.

But in ten years the military aviation world would move on to the sixth generation leaving India with a hopelessly obsolete fighter, the best solution would be to design their own indigenous fifth or sixth generation fighter.

Yes. Well, HAL launched the AMCA project :
https://en.wikipedia.org/wiki/HAL_AMCA
But note they are still working on the Tejas, want to introduce a Mk2 (see https://www.secretprojects.co.uk/forum/index.php/topic,23825.msg346021.html#new), which is more a 4th gen... So seems time scale works a bit differently there.

Remember reading about a indian defense helicopter competition also, can't remember the name nor find link right now, that lasted a decade too, with no decision being made. And the funny thing, some of the contenders being out of production in the end...


sferrin said:
Thought the F-21 had already been used for the USN Kfir lease years ago?
Click to expand...

India will be offered MiG-28s next.

It would have been really fun to see LM working in pair with IAI to offer a Rafale clone built in India. That one could have truly been named F-21 II

They should have one upped Northrop Grumman and their B-21 by naming it the F-22! Oh, wait.
At least they could have told everyone that they're still building F-22's, now that the naming conventions have completely devolved into nonsense. Maybe the F-2100, because it's a hundred times more advanced than everything else that will be flying! Seriously, this is just a joke now. 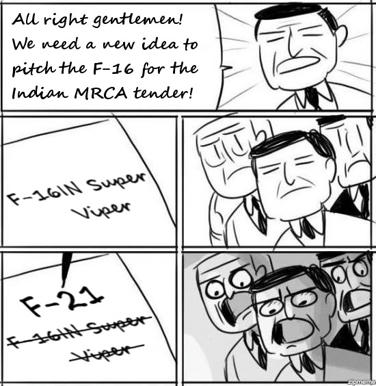 Whilst I think the renaming is a joke, I do think LM could be on a winner from an industrial participation perspective. If LM are willing to transfer their existing F-16 line/tooling etc to India it could be a game changer given the in country work it offers. From LM’s point of view it is doubly good since they get to sell off the tooling etc that they are unlikely to want anymore anyway.

One other point on the renaming though. Given Pakistan already operates F-16s, this would allow the Indian politicians/ IAF to claim to the average guy in the street in India that they have something better even though we all know that it is still an F-16 at heart.

If they manage to sell the all production line of a plane that entered service in 1978 as something new, and called "F-21", for sure we can call LM winners.

When Dassault offered the M2000 production line to india before it closed in France, (and that was maybe 10 years ago, they should have taken it then…) they didn’t had the cheek to call it "Strato-Mirage 25000 MkII".

Now it could work. Nobody knows, they are still upgrading Jaguars in India…

Looks like LM is making inroads to India for the future sale of F-35's (which if the LM marketers get to it first may become the new F-23 :)
Approximately half of the F-16 supply chain is common to the F-35.
S

Is the refuelling boom on F-21 made retractable to top fuel tank?
On video I didn't see any hatches on the starboard side of tank...

Your' opinions are welcome

Retracting into the conformal is something already demonstrated in India with the Illyushin (CARTS), so I'd be surprised if that is not the plan.

_Del_ said:
Retracting into the conformal is something already demonstrated in India with the Illyushin (CARTS), so I'd be surprised if that is not the plan.
Click to expand...

Thank you very much, _Del_!
I was never seen this earlier.
K

Pic found on the internet. I thought I had read the Israeli's had originally come up with it, but it might be a combined LM/Israeli project.

Make in INDIA will only lead to lower US fleet sustainement cost, hence higher procurement budget for the DoD. This can only favor LM and its F-35. Hence more qualified jobs.

TinWing said:
The optics of sending the tooling for the F-16 production line to India are just plain bad in the current domestic political environment. "Exporting American jobs to India," will be the cry on both the left and right. We all know that keeping the F-16 production line open in India, rather than shutting it down for good, would be a net gain for American employment in the supply chain but does the uninformed electorate know that?

In the long run, India is a better prospect for the F-35, or as a full partner in a F/A-XX bid. We all seem to forget that the F/A-XX is the next big (prospective) program, as the F-35 is a mature product and the F-16 is as good as gone in the long term.
Click to expand...

I don’t believe US domestic politics factors into the thinking here at all. Moreover, even if someone was to raise the concern you have noted, the LM answer would be we either export the line or we shut it down. The focus will be more on in-country Indian jobs if they want to make a sale.

As for the F-35, I don’t believe it is cleared for export to India at this stage and there would be some serious concerns if it was.
S

So what's this new F-16 can give compared to what was promised for the F-16IN or "F-16V" offered to other countries ?

From what i see, i suspect this aircraft, if the conformal tank is standard will have higher cooling capacity for avionics, thus might offer opportunity to install more powerful AESA radar or perhaps accommodate more electronic warfare equipments e.g more powerful jammer pod compared to ALQ-135.

Boeing are keen to offer to set up a Super Hornet factory, so I don't think its a major US domestic concern.
The hard facts are, India won't sign up unless they get to build it so pragmatically the aircraft manufacturers have to concede.

From what I understand, one of the things in the background that may be the deciding factor is who in India gets the work. Whilst Boeing has been talking to Hindustan Aeronautics Limited (HAL) and Mahindra with the Super Hornet (see here), LM is obviously working with Tata Advanced Systems (TASL) (see here plus the earlier Flightglobal story). From what I have heard over recent years, the Indian Govt/Air Force is keen to develop an alternative major supplier than HAL. On top of this, I have been led to understand that HAL has been overloaded with work and has struggled with some programs. Whilst perhaps not something most people would like to think would decide a competition like this, one should not rule out that the Industrial side and related could be the deciding factor. And let's be honest, despite all the posturing and arguments, regardless of what platform the Indians choose, they all offer good capabilities.
P

Reading how several of India’s fighter jet procurement plans have gone bad so far I get the idea that they have an unrealistic expectation of knowledge transfer in exchange for their sales.
G

Phos said:
Reading how several of India’s fighter jet procurement plans have gone bad so far I get the idea that they have an unrealistic expectation of knowledge transfer in exchange for their sales.
Click to expand...

Nooo, what are you talking about? It's just T-50 was a bad plane. And totally unstealthy.
T

Seems everybody is sharpening their knives at the dusk of the battle.
Here is LM with yet another MoU signed for HAL: 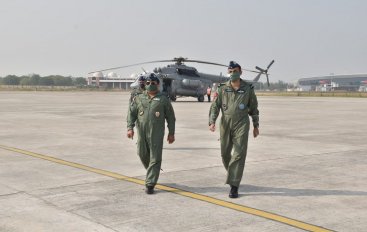