Not to unlike that of the Agusta A-129 program (Utility & Attack variants) and the original US Army LHX program - with two helicopters with maximum commonality of major components, principally in the drive train system.
The difference is I think the South Korean's will pull it off if they put their heads and souls into it!

One could argue that the USMC has succeeded with the troubled (but moving) H-1 effort. I believe their is 70-80% commonality between the UH-1 and AH-1 aircraft.
S

Don't know if this is the right place to post this... but I can't think of a better one...

In the late 1990s, Scaled Composites apparently developed a project called the Model 254 "Songbird" which was described to me by an undivulged source as being for "a Korean customer".

Does anyone on this forum have any idea what kind of a vehicle this could have been? (helicopter? private aircraft? business jet?)

Thanks in advance for any clues you guys might have.
F

I suppose the Sikorsky H-3 & S-67 Blackhawk could be included if you're talking commonality. ISTR Sikorsky proposed a gunship based on the H-60 Black Hawk as well, the S-71, IIRC.

yasotay said:
One could argue that the USMC has succeeded with the troubled (but moving) H-1 effort. I believe their is 70-80% commonality between the UH-1 and AH-1 aircraft.
Click to expand...

Here's the real thing, closely matching the material Matej has posted. Very Puma-ish with a hint of Mi-2
A

All in all a very solid looking bird. I would not be surprised to see it make a dent in the market, assuming Korea did not have to trade away some of their export rights to get at some of the technology.

from Flight Global,the early artist drawings had some differents.

Retaining the passenger cabin yields more structural commonality between the normal Surion and attack Surion, so that's less hassle in the modification process and maintenance.
So yeah, it could be like the Hind.
Click to expand...

One of the early configurations for the KMH -

Retaining the passenger cabin yields more structural commonality between the normal Surion and attack Surion, so that's less hassle in the modification process and maintenance.
So yeah, it could be like the Hind.
Click to expand...

simply based on american and european helicopter :


the others seems based on european helicopters like Aereospatiale or Eurocopter

airman said:
simply based on american and european helicopter :

Is this a real concept, or amateur speculation?

I am sure that this specific illustration is some fan art. In fact the Apache, modified in some places. And very amateurish. I really don't know, why also the pilot's and weapons operator's ash must have in the cockpit the nice view to the sides...

KAI claims development of the naval variant of the Korean Utility Helicopter was successful, having been in development and testing since 2013. An initial version of the Surion helicopter already flies for police forces in South Korea. The naval version adds two fuel tanks, emergency floats and a folding system for the rotor blades.

Medevac and fire fighting version of the Surion are also on the table. Deliveries of those should start in 2016 and 2017 respectively.

KAI aims at selling 400 Surion helicopters locally and 600 abroad over the next 20 years. The company specifically mentions the Czech Republic, Iran and Thailand as potential customers.

An MUH-1 Marineon (the KUH-1 Surion variant for the RoK Marine Corps) crashed yesterday (17 July 2018) during a test flight, killing five of the six aboard, and seriously injuring the sole survivor.

SEOUL, July 18 (UPI) -- South Korea's Marine Corps has launched an investigation into a helicopter crash that killed five and injured one during a test flight Tuesday.

A joint probe involving units from Seoul's Marine Corps, Navy and Air Force will probe the accident involving the first locally-made helicopter, according to a Marine Corps official, Yonhap reported.

The MUH-1 Marineon helicopter crashed and caught fire during a test flight at a Marine base, according to No Cut News.

The official said they couldn't exclude a serious flaw with the aircraft.

The crash is expected to put a hold on the Marines' plan to adopt 28 helicopters by 2023, Yonhap said. The Marine Corps has been training pilots and mechanics to create an aviation unit by 2021, according to Chosun Ilbo.

The Marineon helicopter is a remodeled version of the South Korean Army's first transport utility helicopter, Surion, ambitiously developed by the Korean Aerospace Industries since 2006.

The crashed helicopter was a locally produced helicopter made for the Marine Corps, Yonhap reported.
Click to expand...

Given the type's relationship to the EC225/H225 Super Puma (including, using the same gearbox), video of the rotor head separating from the aircraft is all the more chilling.
https://www.youtube.com/watch?v=oieiZxP7w5E

“The UH-60 upgrade plans were revoked in May last year all of sudden,” said Han, a retired three-star Army general, citing a feasibility study conducted by the state-funded Korea Institute for Defense Analyses. “Instead, the defense authorities opted for additional production of Surion helicopters.”

According to the study, it would cost some 3.3 trillion won (U.S. $2.9 billion) to producing about 130 Surion troop-carrying helicopters, which is more than five times higher than the price of UH-60 upgrades.
Click to expand... 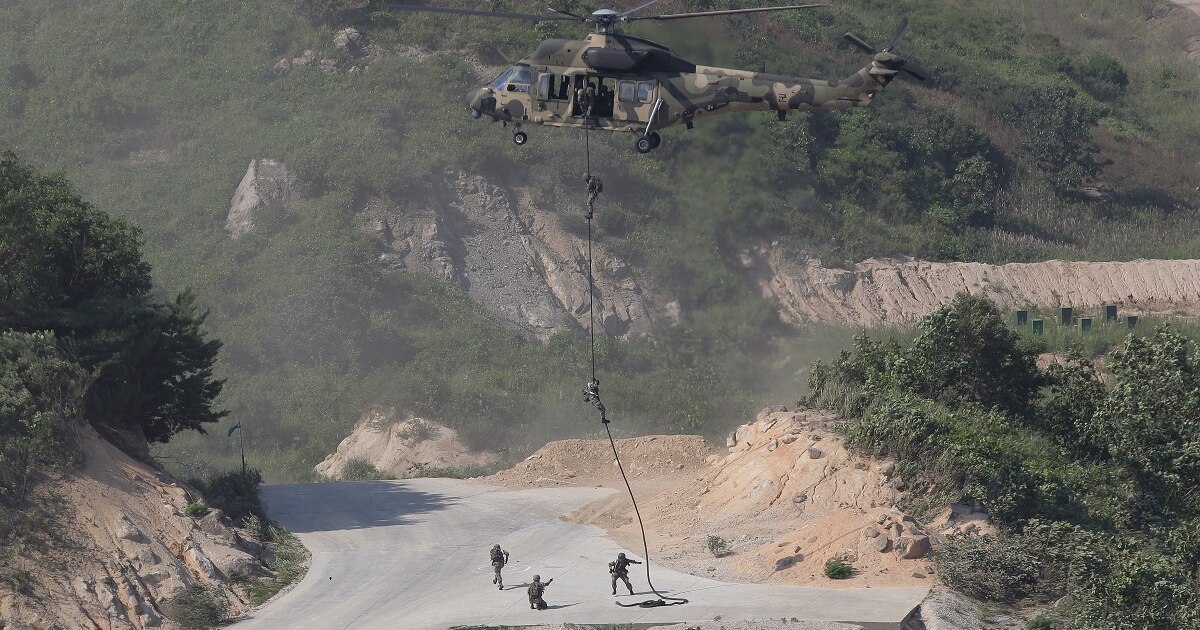 The lawmaker has decried the effort as a means to support the local economy without considering performances and production cost.

Dear TomcatVIP,
You failed to consider the political cost of buying helicopters overseas.
First, the money is a net loss to Korean tax-payers.
Secondly, that same money could be used to "buy votes" among Korean factory workers.
Thirdly, "buying Korean" provides photo-ops for Korean politicians when they need re-election.
Finally, all that money gets plowed back into the Korean economy.

I would not be surprised if the Korean's actually make a go at it. Even with pandemic their still a solid industrial country who has learn how to sell their aerospace products in the Pacific basin.
T

IMOHO the swiveling wing with gigantic collapsing winglets and rocket booster that have to detach prior to propeller rotation makes for an unnecessary burden of risks while attempting to launch from under the rotor disk of a heavily ladden military helo (flying stationary).
I wonder if that is a real concept or just a place holder.
Last edited: Nov 8, 2020

Korea Aerospace Industries released yesterday new images of its new amphibious helicopter MUH-1 Marineon. It will be armed with guided missiles, air-to-air missiles, 70mm rocket pods, and a 20mm gun and serve with the the ROK Marine Corps (ROKMC).
Sources: 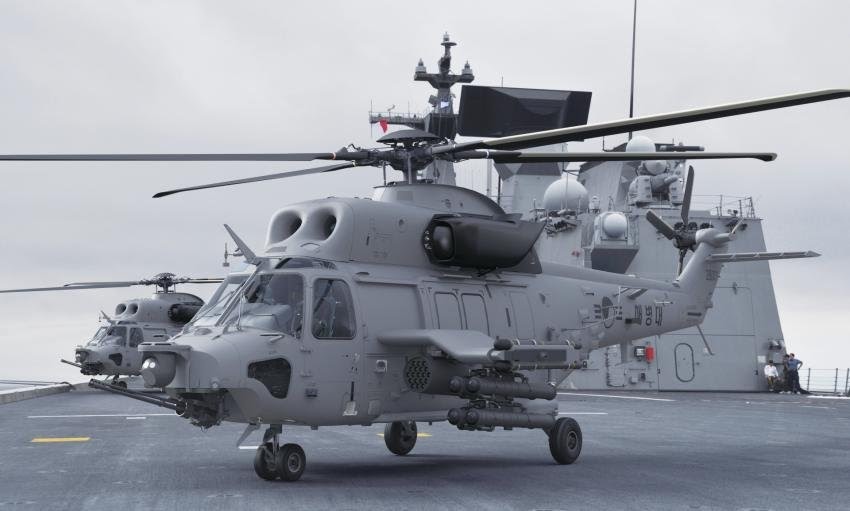 Korea Aerospace Industries, better known as KAI, has released concept images of its new variant of MUH-1 helicopter that company developed to enhance the ability which the Marine Corps carries out the multi-dimensional high-speed land and take-off operations. South Korean aerospace giant has...