The Rise and Fall and Rise of Iridium

Iridium's constellation of 66 comsats was a technological triumph but a business disaster-until an executive and a computer geek found salvation in the Pentagon.


Surely you remember Iridium, Motorola Corporation’s $5 billion low-Earth-orbit debacle. Planned in the mid-1980s, the system was archaic by the time it was deployed in 1998, offering global communications from a brick-size, $3,000 phone at charges from $6 to $30 a minute. “The Iridium business plan was locked in place 12 years before the system became operational,” says Dan Colussy, the veteran aviation executive who masterminded Iridium’s buyout and now reflects happily on it next to his pool in a particularly lush section of Palm Beach Gardens, Florida. “The idea was that a businessman would carry this thing around the world in his briefcase and dial home from Paris or London. Of course by the time it got up, nobody needed it in Paris or London.” Colussy stepped out of retirement and into Iridium’s destiny in 2000; he was a small investor in old Iridium, and thought it “a terrible waste to let this unique technological marvel just die.”

Motorola, itself one of the big players in the cell phone revolution that made Iridium obsolete, should have known better. So should many of its partners, like Telecom Italia and France Telecom, each of which poured hundreds of millions into building 18 Iridium gateways, or ground-relay stations, around the globe. The project plowed on nonetheless and opened for business, eating up another $1 billion in operating costs during its first year.

By August 1999, Iridium was bankrupt. And by the fall of 2000—when Colussy was shuttling between the U.S. secretary of defense’s office, Lloyd’s of London, a member of the Saudi royal family, and Iridium’s principal gateway, in Tempe, Arizona, to paste his deal together—Motorola was threatening daily to let the whole satellite network crash back to Earth. “All the software to bring it down had been uploaded,” Colussy recalls. “I know because we later hired the guy who was in charge of it. He just had one button to push, and he was waiting for the call.”

The call never came. Iridium flies still, six groups of eleven 1,412-pound satellites orbiting Earth every 100 minutes, guided from the basement of a featureless two-story office building in Leesburg, Virginia, which houses a bank of Sun computers as long as a football field. Two or three techies lounge in a room next door, making sure a wall full of monitors bleep the way they are supposed to.

Is maintaining the grand celestial miscalculation worth it? At an investment of $5 billion, of course not. But at $25 million, plus an undisclosed amount Colussy and his partners agreed to invest after the purchase, it may very well be.

Iridium and Globalstar, a satellite phone competitor that also went bankrupt, though with a somewhat smaller loss, were a triumph of engineering over common sense. “People have realized by now that the way to go into the satellite business is to start localized so your initial investment is low,” says Max Engel, who follows space communications for the consulting firm Frost & Sullivan. “XM Radio, for instance, which I have in my car, uses just two satellites. Iridium’s system was based on building [for] the whole globe, then wondering whether you were going to have any customers.”

Iridium’s architecture locked it into massive upfront costs. The project was the world’s biggest deployment of low-Earth-orbit satellites (known in the trade as LEOs), which hover a mere 483 miles above our heads, compared to 22,000 miles for geostationary satellites (GEOs). A LEO network’s proximity to Earth all but eliminates the half-second signal lag users of geostationary communications experience, an advantage Iridium counted on as a great selling point for its telephone service. But the lower altitude of LEOs shrinks the service footprint of each satellite. From 22,000 miles up, one geostationary satellite can fan out communications to a third of the world; each Iridium LEO satellite, on the other hand, reaches just 1/66 of the globe, so any one or two are usually useless without the others in the constellation.

Motorola’s engineers, hunkered blissfully away from the rest of the world for 12 years, did come up with some advances. Iridium’s satellites are the only ones in the cosmos that communicate with one another as well as bounce signals back to Earth. That capability makes the system the only one in the world that can connect absolutely anywhere to absolutely anywhere else, should a North Pole explorer have an immediate need to reach a South Pole colleague. And Iridium is easy to use while in motion—at sea, in an airplane, or in a desert Humvee, for instance; finding the nearest of the 66 orbiting satellites requires only a small telephone antenna. Transmissions to distant geostationary satellites, on the other hand, require users to lug around much bigger antenna contraptions.

With dozens of satellites to launch, Iridium’s constructors had to figure out how to build and launch them cheaply—and quickly. “They learned to make a complete satellite in two to three weeks, where a geostationary craft takes 24 to 36 months,” says Mark Chartrand, a satellite industry consultant based in Baltimore. “They were so small and light they could send several of them up on one rocket. Technically, this is a good system.” Indeed, at the peak of satellite construction, Iridium was turning out a satellite a week.

The launches began in May 1997, and within a year, 66 satellites had been launched, plus a few spares. There were also some failures: The old Iridium launched 16 satellites that never achieved the proper orbit or were inoperable after reaching orbit. As for launch vehicles, Iridium was true to its global roots, sending up Boeing Delta-2s from U.S. bases, Protons from Russia and Kazakhstan, and Long Marches from China. Protons were capable of lofting five Iridium satellites at a time, while the Long Marches could handle only two.

When Colussy was negotiating for Iridium, he learned that there were seven spare satellites in storage, which he arranged to have launched after the takeover. Including operational satellites, spares, and failures, Iridium has launched 95 satellites.

As successful as the Motorola designers were in coming up with small, manageable satellites, they made a dire mistake: they chose a pitifully small (by 2004 standards) band for transmitting data. The $5 billion system can send no more than 2.4 kilobits per second. Globalstar, also built in the 1990s, offers 9.6 kilobits. A standard dial-up computer modem, the one you likely dumped for cable because it was maddeningly slow, does 56 kilobits per second. “Motorola designed this system in the mid-1980s for voice, and now almost all our customers want to link their palm top or laptop to it,” admits Mark Adams. “A big part of my job has been to roll out data services working with what we’ve got. To say, ‘Here’s this multibillion-dollar infrastructure. What else can we do with it?’ ”

Adams’ answer: Short-burst data from sources far beyond the reach of either dial-up or cable. Oil companies, for instance, can place Iridium-linked sensors along their Canadian or Siberian pipelines, sending one-line messages to headquarters in case of a leak or other emergency. Trucking and shipping companies can keep track of their fleets. “There are lots of vertical markets that can use transmission speeds below 10 kilobits,” remarks D.K. Sachdev, a retired executive from the satellite consortium Intelsat. “Look at BlackBerry [a hand-held wireless device that enables users to receive and answer e-mail], which has been a great success among executives.”
Click to expand...

Colussy was also working the Pentagon, with a lot of help from Mark Adams, who at the time was an engineer with the consulting firm Mitre Corporation. Although Motorola had originally rebuffed the Department of Defense (one more miscalculation), the armed forces eventually became part of the original Iridium consortium. They even built a secure system gateway in Hawaii for military use. Adams and Colussy got Department of Defense officials to commit to giving them $36 million a year in military business if their buyout came off.
Click to expand... 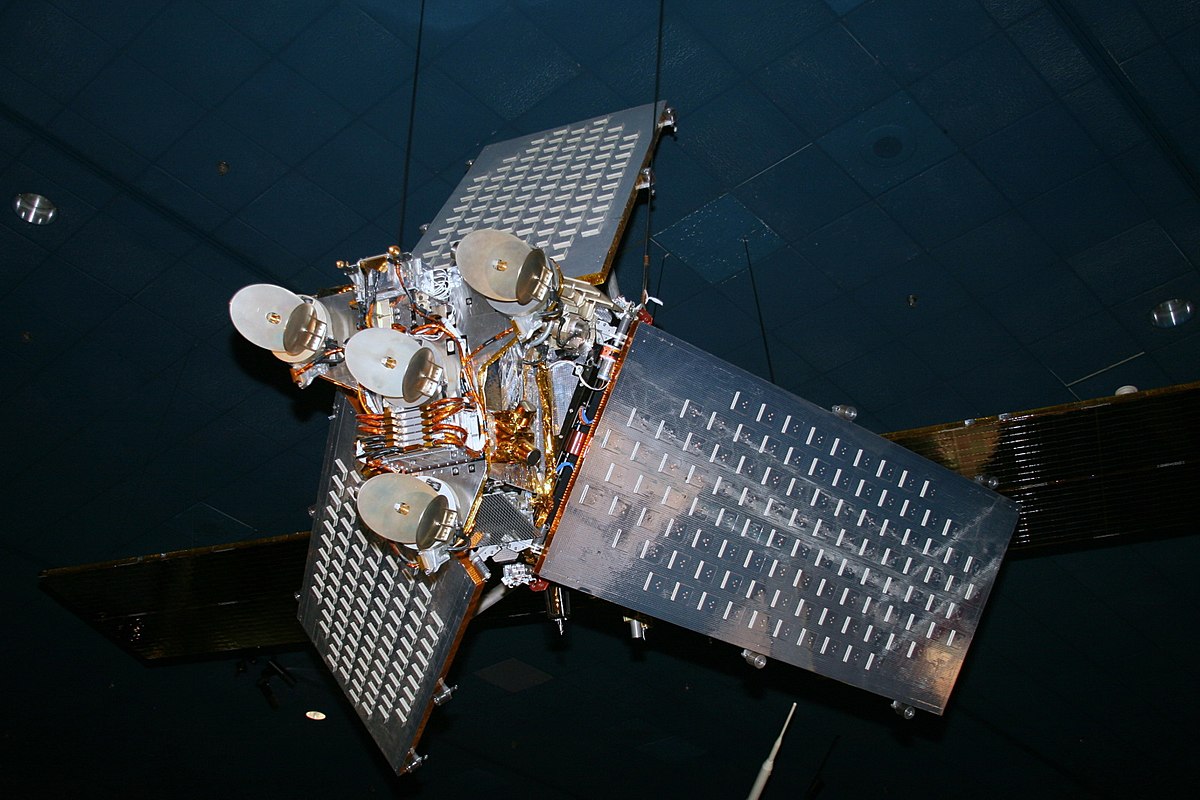