A little more than a month after the Chief of Naval Staff, Admiral Sunil Lanba, announced that the Indian Navy intended to forego the acquisition of the naval Light Combat Aircraft (LCA) and look elsewhere for new fighters, the navy issued a Request For Information (RFI) for 57 Multi Role Carrier Borne Fighters (MRCBF), last week.

According to the RFI, “The MRCBF are intended as day and night capable, all weather multi-role deck based combat aircraft which can be used for Air Defence (AD), Air to Surface Operations, Buddy Refuelling, Reconnaissance, EW missions etc from IN aircraft carriers.”

The navy stipulates that the eventual acquisition process will be awarded under the terms of the Defence Procurement Procedure of 2016 and will require deliveries of the aircraft to ‘commence within three years post conclusion of contract, and be completed within further period of three years’.

Responses to the RFI have to be submitted within four months from the date of issue and qualifying vendors will be shortlisted for issue of Request For Proposal (RFP).

The eventual RFP will be in accordance with the Single Stage-Two Bid System. The validity of commercial offers would be at least 18 months from the date of submitting of offers.

The RFI also makes clear that transfer of technology and license production will be required as part of the acquisition of the fighters.

It goes further, to ask:

Is the Main Landing Gear capable of withstanding loads of holding on Restraining Gear System fitted on IN STOBAR aircraft carriers at maximum afterburner rating?

Is the aircraft capable of being launched from 13o and 14° Ski-Jumps having a parabolic profile (would be provided on request) using afterburner?

Is the aircraft capable of being launched from conventional steam catapult and EMALS?

What is the certified max Launch Weight for CATOBAR? Provide CATOBAR specifications.

Interestingly, the RFI also requires vendors to supply ‘Flight Manuals (including performance graphs from STOBAR and CATOBAR aircraft carriers)’ and asks about single-engine recovery capability in the case of twin-engine fighters.

The RFI also adds, “Additional information on the ships that the MRCBF is expected to operate, may be sought for response and establishing feasibility of operating the aircraft from the same.”

Significantly, one question in RFI asks:

Would the OEM be willing to provide ICD and source codes to the Buyer for integration of future indigenous equipment?

Is it possible, at ‘O’ level, to remove and install an engine onboard the aircraft carriers and clear the aircraft for flight in not more than one hour?

Only weeks ago, Navy chief Admiral Sunil Lanba had rung the death knell on India’s indigenous LCA Navy, putting all doubts to rest about whether the platform would ever see carrier service. With today’s RFI, the Indian Navy has taken a tangible step that solidifies what has only been largely in the realm of speculation thus far, in addition to dispelling the MiG-29K’s chance of being a mainstay multirole fighter element for the navy stepping into the future.

On paper, the navy says, “The MRCBF are intended as day and night capable, all weather multi-role deck based combat aircraft which can be used for Air Defence (AD), Air to Surface Operations, Buddy Refuelling, Reconnaissance, EW missions etc from IN aircraft carriers.” In one of its most comprehensive RFIs for a fighter to date, the navy spreads a battery of questions on configuration over 55 pages with sub-sections, making it generally clear that it is looking for a new generation fighter with a significant electronic warfare capability, endurance and payload (something it hits several walls on with the MiG-29K fleet). Fifty-seven is a solid number of planes, so it isn’t a surprise that the MoD is ‘desirous’ of license production of the aircraft under a technology transfer arrangement.

To answer the first question that pops up, no, the navy hasn’t provided any indications of the kind of fighter it wants, and thus provides no hints about the launch configuration it is moving towards on carriers beyond the new Vikrant-class. While the first Vikrant, being completed at the Cochin Shipyard, will sport a conventional ski jump based STOBAR layout, the navy is yet to decide on whether the follow on ships will sport a CATOBAR (steam or EMALS is way out from this decision) configuration. The Indian Navy’s RFI specifically asks vendors to specify if the platforms they field are capable of either CATOBAR or STOBAR launch with arrested recoveries.

Livefist spoke to Admiral (Retd) Arun Prakash, former Navy chief, veteran fighter pilot and part of the original crew that ferried British Sea Harriers to India decades ago. He said, “Presumably, the Navy HQ are in the midst of (belatedly) freezing the configuration of IAC-2, which is entirely dependent on the type(s) of aircraft that will operate from it. One of the overriding compulsions for the IN is to have on-board Airborne Early Warning (AEW) for its carrier force. The Ka-31 is just not good enough and they must be looking for the E-2C – which can operate only from a CATOBAR ship. On the other hand, if IAC-2 is to operate the Tejas and MiG-29K, it will have to have a ski-jump and no catapult (hence no AEW). If the IAF Tejas has not got its FOC yet, the naval Tejas may take another 6-7 years. A BIG IF here is the availability of a powerful enough engine for this overweight aircraft. Also, the hook and undercarriage may need re-design. With all these uncertainties, one can’t blame the IN for jettisoning the Tejas – one hopes for the time being.”

Asked what he would do if he was still in service — if the navy should go the CATOBAR way or stay with STOBAR –, the Admiral chose the former, but stipulated that propulsion would still need to be sorted out, when conflated with other (AEW) requirements.

The field of play isn’t very big, but let’s be generous and look at technically what it’s like at this time:

Boeing F/A-18E/F Super Hornet: CATOBAR The Super Hornet has a major Make-in-India bid going that looks to feed a prospective Indian Air Force requirement. As part of Washington’s wider technological CATOBAR push in India, Boeing’s offering gains. On the other hand, Boeing is on record to say it has simulated STOBAR ski-jump operations and that the Super Hornet is capable of operating from a Vikramaditya-class carrier.

Dassault Rafale-M: CATOBAR The Rafale has type advantage. To be in service with at least two Indian Air Force squadrons, and the possibility of more at a later stage, the Rafale gets to push the commonality key. Cost, though, would be a pushback.

Lockheed-Martin F-35C CATOBAR Lockheed has pushed the F-35B and C to the Indian Navy since at least 2010. It’s a single engine jet (something the US Navy was goaded into agreeing to during the JSF programme), but everything else it offers could enthuse the Indian Navy. Cost and development uncertainties/delays, on the other hand, will be a major pushback.

Lockheed-Martin F-35B STOVL The only new jet that does the Harrier trick, it would offer enormous flexibility to small deck operations of the kind the Indian Navy may be interested in in the future, but may
not account for much in the more conventional launch focus the navy appears to be choosing from for the follow-on Vikrant class ships. Cost and development issues will also hang heavy, if the platform is ever seriously under consideration.

Saab Gripen Maritime STOBAR/CATOBAR PROPOSED Saab says the Gripen Maritime (known by its far niftier previous name ‘Sea Gripen’) is ready on paper and has been simmed in both CATOBAR and STOBAR configurations. Design work was completed in 2012, with Saab only really waiting for a fund tap from an interested customer to take the development forward. A single engine configuration works against it — the Indian Navy will be hard pressed to explain junking plans with the LCA Navy (and perhaps the up-engined Mk.2) for another albeit more capable single engine fighter.

Mikoyan MiG-29K STOBAR The MiG-29K, it clear by now, has little chance of adding numbers in Indian inventory. A worthy fighter on a trusted platform, but it has run into several problems — not least that it doesn’t quite deliver what the Indian Navy needs from deck-based squadron, notably endurance. Other problems with the jet are well-documented, but the very fact that the Indian Navy has invested time, energy and a ton of funds on looking for new fighters means the MiG-29K is pretty much toast.

In the future, the Indian Navy will be looking towards the concept AMCA as a deck-based fighter too. The deck launch regime the Indian Navy chooses on its follow-on Vikrant-class ships will guide how that development works out. The AMCA, currently no more than a paper concept and a handful of wind-tunnel models, is a touchstone for how foreign companies are calibrating their offers to make their fighter jets in India.
Click to expand...

Has anyone heard anything more regarding this?

Mentioned (more in passing) in below: 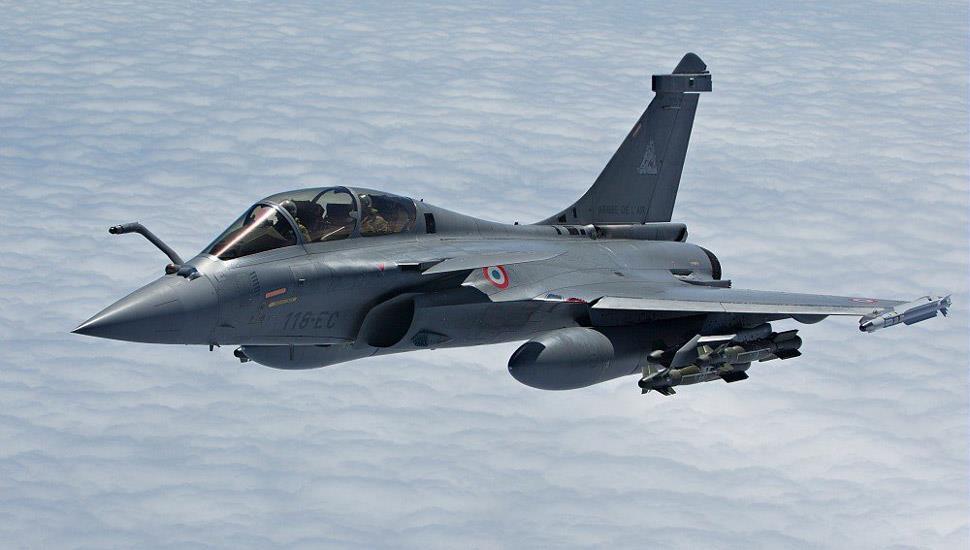 The Indian defence ministry's response to a parliamentary question suggests that a plan to obtain 110 advanced fighters is inching through New Delhi's bureaucracy.