Does anyone have more information about this kind of hybrid HEAT-EEP warhead? 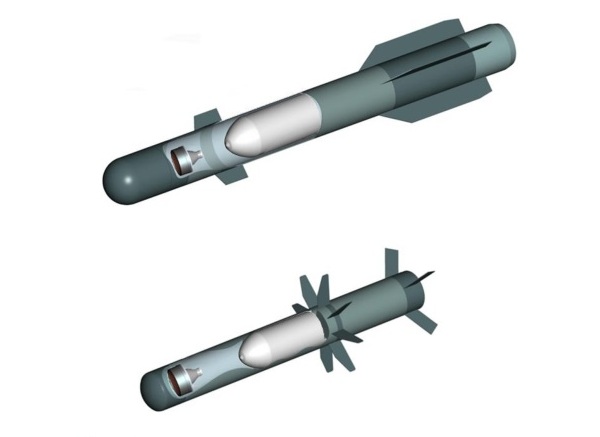 At present, it seems likely that the future will belong to "intermediate forms" between the heads forming the cumulative stream and the EFP penetrator. They consist in creating from the copper insert a "slow" extending cumulative stream (slow streching jet) with a large diameter, mass and piercing. This possibility appeared with the mastery of asymmetrical initiation of cumulative charges. In typical cumulative charges, this is an undesirable phenomenon resulting in a non-linear flow pattern and a drastic drop in breakthrough. As a result of mastering the production technology of very pure material copper inserts and optimizing their shape, loads with an insert twice as thick as standard cumulative charges were developed, instead it forms a much faster copper penetrator which is an intermediate form between EFP and the cumulative stream. It has a length equal to 150% of the diameter of the payload, greater than EFP penetration and behaves similarly (not very sensitive) to reactive armors. In addition, it manufactures a post-penetration channel with an EFP specific diameter, which is a significant advantage when using this type of heads as precursors. A good example of the use of this type of cargo is the new universal Joint-Air-to-Ground Missile (JAGM) equipped with the CSSJ precursor operating on the principle of "slow stretching jet". It allows not only to fight targets shielded with reactive armor, but also (in cooperation with the main head of double action) to fight bunkers and objects inside buildings. The main head with an optional mode of destruction can work as a normal cumulative warhead or thanks to the armored front of the load (with a hole for "releasing" the cumulative stream) as a penetration head penetrating inside the object through the hole made by CSSJ. In addition, despite the small diameter - about 100 mm - the precursor proved during tests the ability to overcome two types of ERA and a steel plate corresponding to the thickness of the armor of the T-55 tank (210-230 mm). CSSJ maintains the above penetration capability up to a distance of fifty charge diameters (5 m), although due to the basic charge in the form of a typical cumulative head, the precursor is used at the minimum allowable distance equal to one diameter of the insert.
Click to expand...

HEAT and EFPs are just different aspects of the overall shaped charge phenomenon. HEAT is optimised for penetration on impact, EFPs for stand-off detonation. Which you get depends on the liner and charge geometry, and this just seems to be splitting the difference to get some of the advantages of both.
R

DWG said:
HEAT and EFPs are just different aspects of the overall shaped charge phenomenon. HEAT is optimised for penetration on impact, EFPs for stand-off detonation. Which you get depends on the liner and charge geometry, and this just seems to be splitting the difference to get some of the advantages of both.
Click to expand...

That I can understand vaguely, but I just wondering if anyone have any docs on JAGM or Brimstone warhead as well as this kind of warhead

That's not necessarily the kind of thing one finds laying around online.
R

I found the source, unfortunately this kind of warhead is only in study and wasn't implemented 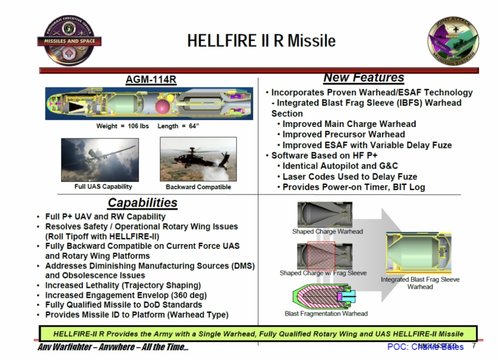 There is an excellent article by Professor Manfred Held in Brassey's Encyclopedia of Land Forces and Warfare which discusses the different types of shaped charges. This "hybrid" is what he describes as a flat-cone charge, the type of shaped charge liner formed is determined by the angle of the cone. Or, as discussed above, by using special shaping of the detonation wave. A selectable warhead that could be detonated as either a projectile or flat-cone charge was also part of the LOCAAS.

But as Professor Held's article explains the volume of material displaced by as shaped charge's jet remains nearly constant regardless of cone angle and so the increased diameter of the jet must come at the expense of the depth of penetration relative to a more conventional SC jet.