How does a nuclear launch sequence work in Russia?

I tried googling the topic, but found very little info on how that works in Russia.
But hypothetically speaking - let's say that a decision is made within Russia to launch all the nukes.
Who makes that decision at the top level?
Who has to verify the order? How many people at the top level?
What happens if not all those people verify it? Do they hold some special, personal codes which then have to be physically taken from them in order for the launch to go on?

Furthermore, after the order has been issued and it reaches an ICBM silo field, a unit of road mobile ICMBs, a bomber base and a submarine -
how many people per such location have to verify the order and how many have the physical access to turning the key/pressing the button?

The current primary method is via the Kazbek command and control system, of which the Cheget (basically the Soviet and subsequently Russian version of the American 'Nuclear Football') and the associated dedicated Kavkaz communications system are important components. And then of course there is the 'Dead Hand' automated strategic retaliatory system, which can act totally independently of the Kazbek system if necessary, I believe.
Last edited: Mar 2, 2022
U 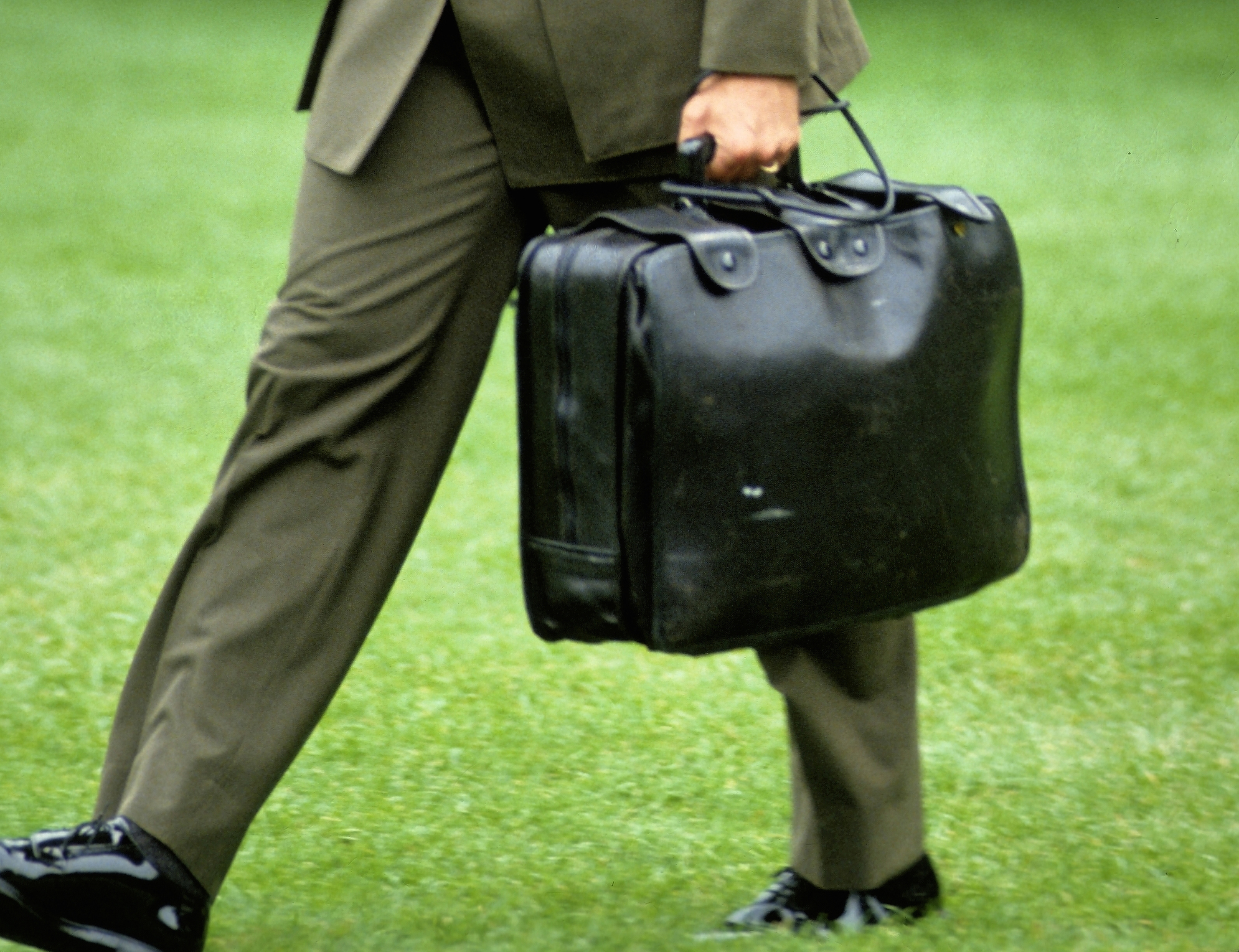 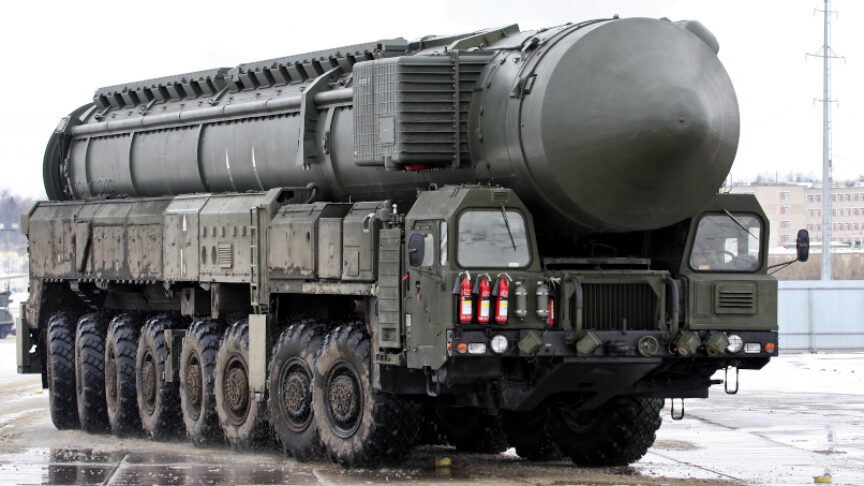 Russia’s nuclear deterrence principles: what they imply, and what they do not

Russia’s nuclear policy has long been shrouded in secrecy. But a newly published presidential decree on nuclear deterrence clarifies some issues while still leaving ample room for speculation.


by Pavel Podvig, Senior Researcher in the WMD Programme at UNIDIR.

Pavel is a Senior Researcher in the WMD Programme at UNIDIR. His current research focuses on nuclear disarmament, arms control and nuclear security. Pavel started his work at the Centre for Arms Control Studies at the Moscow Institute of Physics and Technology (MIPT). He is also a researcher...


Pavel Podvig said:
Can Russia's president launch nuclear weapons alone? The honest answer is "we don't know." A short answer is "probably." A longer answer is "it's complicated." A longish thread that may (or may not) help clarify things

Most of what we know about the Russian launch authorization procedures is based on what is known about the Soviet command and control (C2) system. There is not much there, but not too little either

A fairly compact description of the procedures is in the Russian Forces book. Here is the excerpt: russianforces.org/RussianStrateg…. Igor Sutyagin, who wrote most of it, used the work of Bruce Blair and Valery Yarynich but also did his own research, combing through all kind of sources

Virtually any scenario involving the use of strategic nuclear forces implies that the decision to use them will be preceded by a serious international crisis that could reach the stage of an armed conflict involving conventional arms or tactical nuclear weapons. Therefore, plans for the use of strategic forces and the procedures for the delivery of a strategic strike are based on the assumption that each side will be able to put strategic forces and battle management systems on high alert.

The only scenario that does not include exercising this capability is a surprise strategic nuclear strike. The probability of an unprovoked nuclear strike was minimal even when relations between the Soviet Union and the United States were characterized by extreme tension. Nevertheless, the structure of strategic forces, their operations, and the structure of the battle management system were designed to secure the capability for a strategic nuclear strike even under the most unfavorable case of a surprise nuclear attack.
Click to expand...

I was told that this is a fair description of the system. Note that Yarynich was quite direct - "Russia's SNF C3 system ... completely excludes the possibility of a launch performed by one person" (p. 152 in scribd.com/doc/282622838/…, citing thiscatalog.hathitrust.org/Record/0076084…).

It appears that the procedure implies that the order must be authenticated by the minister of defense and the command center of the General Staff must accept the order as valid. A first strike seems possible, although it would bring more people in the loop

One way to think about it is that the designers of the system, the first version of which was built in the 1970s, certainly did not want to give the General Secretary the sole authority to launch, especially when it comes to a first strike

Of course, with the presidential power what it is in Russia today this may have changed, but I would guess that people other than the president have a way to influence the decision even if they don't have a veto power.

There are also some checks that protect the system from issuing a launch order in response to a false alarm - waiting for signs of actual nuclear detonations is one of them. But in the end all these checks can be overriden, especially if there is time to do so.

All that, of course, deals with a command to launch a _strategic_ strike. The procedure for non-strategic weapons might be a bit different as it is likely to include some additional steps. One is the actual deployment of weapons.

In normal time, there are no non-strategic weapons that are kept in a constant high degree of readiness. No Iskanders are roaming around with nuclear warheads on top of their missiles, no aircraft are sitting on tarmac with bombs or ALCMs loaded in their bomb bays.

These weapons are in storage, most of them reasonably far from their delivery systems (see russianforces.org/blog/2017/08/w…). They would have to be taken out of storage, mated to missiles, loaded on aircraft, or otherwise deployed.

(Map: Where the weapons are - Nuclear weapons storage facilities in Russia)

Presumably, the president can issue an order to do so, but it would probably be done as part of a (pre-)planned military operation. This would give the military, who will be developing and executing the plan, an opportunity to take part in the decision.

While I doubt they would have the veto power, this is a deliberative (and rather slow) process. In the end, the order (or pre-delegation of authority) would still come from the president.

The authenticating process might be the same as in the case of strategic forces, with a call through dedicated terminals and all that. More likely, the president would be physically at one of the command centers and/or authentication would be done at some earlier stage.

It's possible that whoever is in the authentication loop (eg the minister of defense) would balk at issuing the actual order, but it seems unlikely at that stage. And the president would have an opportunity to remove that person if necessary.

So, the bottom line is probably that if we are talking about a retaliatory launch, the C2 system does provide some safeguards against a false alarm or a rash action of a single person. But when it comes to a deliberate first use, these safeguards could be circumvented.
Click to expand...

Hi, there was an article on an old issue of Scientific American (1990!) about the accidental nuclear war: