this is the Hiller VTX.8, found in FlugzeugClassic. Any informations or drawings, technical data?
Who knows the Hiller factory designation?

NOTE: This project was recently mentioned in the topic on Convair's Model 49.

Hiller recognized that the kinesthetic control technology developed in its VZ-1 'Pawnee' platforms was an engineering dead-end but he continued to believe that the ducted fan had further potential. The Hiller engineering team believed that the ducted fan might significantly improve the performance of VTOL aircraft. The Office of Naval Research contracted with the firm to develop a prototype 'coleopter', or ring-wing VTOL aircraft. This concept consisted of a much longer duct than the type used on the flying platform. The 'Coleopter' configuration originated in a French design, the much larger SNECMA C.450 jet-powered prototype developed in 1952. Following a similar vertical takeoff layout, Hiller engineers designed their own 'Coleopter' to accelerate and tilt over to horizontal flight. With the duct axis now horizontal to the ground, the large circular duct could theoretically support the coleopter like the flat wing of a conventional aircraft.

Hiller built a mockup designated the VXT-8 'Coleopter', once said to resemble "a man-sized bullet mounted on a ringer type washing machine", which prefigured a possible one-person prototype vehicle that could take off vertically, then rotate and cruise horizontally. It successfully passed its wind-tunnel tests but the design went no further, partly due to the fact that engineers believed that control in forward flight would be extremely difficult. By the time Hiller solved the problems, the Army and Navy decided not to invest any more money in the project. They decided helicopters would provide a better military solution.

Full-size mock-up of the VXT-8 can be seen at Hiller Aviation Museum at San Carlos Airport, in the San Francisco Bay Area.

I didn't forget the search! That's why I mentioned the Convair 49 page to begin with, since I'd found it in the search engine. You will notice that the existing page says "VTX.8" instead of VXT-8, that's why it didn't show up in my search! Could someone rename the initial topic appropriately and then merge the two? Thanks.

Photos from 2004, showing it on it's tilting display. Higher rez versions on my blog.

Photos from 2009 are now on my blog, including: 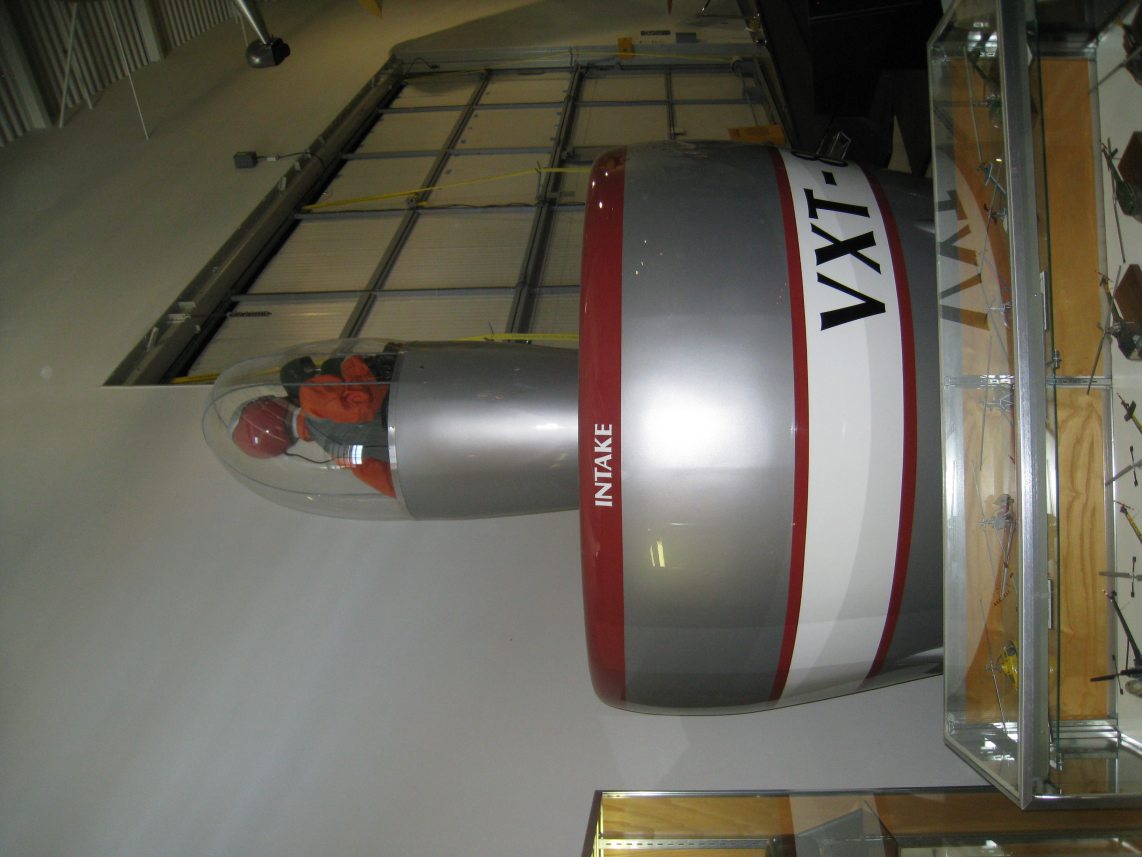