FB-23 is slowly coming on the scene. Are you short run producer and do you like this model. I can prepare for you Z-Printer's 3D model for your fast start

Interesting. However, wouldn't cockpit be an all-round view type, instead of having metal canopies? 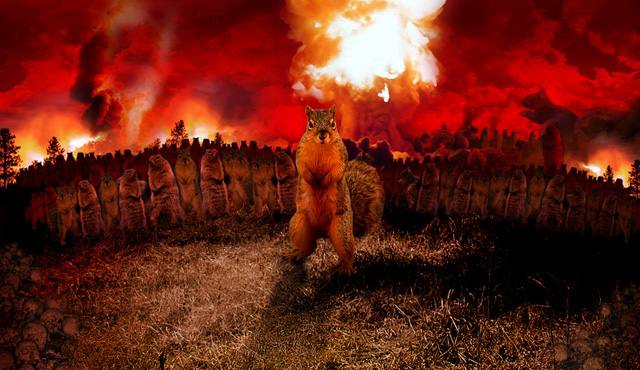 Good lord, you ever heard of hotkeys?

ROFL! I must say that after viewing this *collection* of buttons my wish to begin 3D modelling efforts went away very fast.
P

These toolbar's buttons present only small part from all possible and usually needed functions in Rhinoceros. I remember only basic hotkeys and I created these toolbars as fast way how to work in these soft. I saw next soft Hexagon in action and really it was as playing on piano but I'm working with 6-7 softwares and no chance (for me) to remember all hotkeys.

PlanesPictures said:
These toolbar's buttons present only small part from all possible and usually needed functions in Rhinoceros.
Click to expand...

Is the sample image "workstation" still on the Rhino CD?

!!!
Can't wait for the finished model so I can do some FEEDBACK..mmm! :
You guys certainly have a sense of humor... I had a great laugh in here

Hmm, I think Joseph can use some reference from this similar aircraft named Vendetta:
http://aerosim.calpoly.edu/files/Vendetta/Vendetta%20-%20Final%20Submitted%20Paper.pdf

Here is a pic from page 69 with a something VERY similar...maybe not a coincidence

Anyway, I allways wellcome designs with more balls internaly then they could actualy carry. I do a lot of them myself.

Thanks for a nice source. I'm really glad my hyphotetical solution is similar to solution from that material. Or as was said 2000 years ago "All ways ended in Roma" (my poor translation but I hope you know it)

PlanesPictures said:
Or as was said 2000 years ago "All ways ended in Roma" (my poor translation but I hope you know it)
Click to expand...

Enlish translation is typically "All roads lead to Rome."

I just wanted to ask Joseph to reconsider the weapons bay size for the following reasons:

1. Comparing it to YF-23 design, it makes sense to have one big bay (8 JASSM) at the center and one smaller forward bay for the AMRAAMs. It just feels like TOO much weight in front of the CG with that payload. I am not sure the aircraft can rotate on take off

2. Comparing it to the Vendetta student design, it is understandable that Northrop will come up with a better aircraft for the same requirements. I think that extra expertise is in the form of lower RCS, longer range, higher speed (Mach 2+) and an extra smaller weapons bay.

3. Comparing it to the latest FB-22 proposal, the F/B-23 is a faster reponce version with better LO and longer range, but not twice the payload in my opinion.

4. Right now the payload is similar to the B-1B typical internal payload (the 3rd rear bay usually carring fuel). Yet the F/B-23 should not be that far behind in range. At almost 1/2 the Bone size, I don't see that as realistic.

Been wating for so long...

I'm sorry for delay but I spoke to some chiefs from NG and this is our solution. If you don't have important notes serial production can start on Monday

Well, N is extremely happy about the results from the CDR and joins G in his excitement for the upcoming FSD.
P

Beautiful, sexy, view...it flies low level over actual desert storm, if I got it right =)
Interesting, did someone contact Josef of possibility to take his F/B-23 3D database for a model kit?
P

Someone is happy now
P

It somehow reminds me of the BAe TSR.2

Damm,its magnificent but difficult to get an idea of it's size. ???

Josef, how about a formation flight with something we know, your choice!

Thanks in advance! ;D

difficult to get an idea of it's size
Click to expand...

I used lantinian's drawings (thanks) and original pictures of model as source for my 3D model. My computed size is 31.7 m (F-111 22.4 m). AGM-158 JASSM and AIM-120 AMRAAM are created in scale coresponding to that size

I am so honoured....and ashamed that I lost the originals before I could get them perfect.

how about a formation flight with something we know
Click to expand...

What I was thinking was a 3D formation flight of the FB-23 and say the BAe TRS.2 heading of on a joint mission. I think that would have been a cool CGI. I know Mr Gacial did do TRS.2 model too.
P