"Enemy at the Gates: Panic Fighters of the Second World War"

thanks for the advice

Since I deal with the subject as a historian, I'm pretty familiar with 2.ww

airman said:
Justo Are you preparing next book " Aircraft of Dying Rising Sun " ?
Click to expand...

The book is being translated right now. It might be published before summer if Fonthill give it priority.

I'm surprised that your listing includes the A6M Zero-sen but not its Army counterpart, the Ki-43 Hayabusa. Why is it omitted?
J

​
The excellent results obtained by the Nate during the early years of WWII delayed the decision to replace it with a more modern, more expensive aircraft and of a more difficult maintenance. Therefore, when the manufacturing of the Ki.43 started, all Oerlikon FFL cannons, produced under license in Japan, had already been assigned to the IJN as standard weapons for the Zero fighters. Throughout its whole operational life, the Oscar was armed with only two machine guns.

In the course of combats against American planes, the Japanese aircraft exhausted all its small-calibre ammunition without obtaining an appreciable effect on the target. The armour and robust construction of the airframe of Airacobras, Curtiss, Fortress and Liberators operating in the Far East were responsible for the little success of the Japanese units. The IJA pilots, veterans of the China and Khalkin-Gol combats against the Soviet fighters using ‘Taran’ tactics, were forced to perform ramming attacks to achieve results, especially when fighting the four engine bombers.

On December 7, the B-29 Georgia Peach 42-63356 was rammed over Manshu-Mukden by a Ki.43 of the 4th Training Sentai, piloted by Lt.Fumiro Sou. On day 21 of the same month, another Superfortress, the Old Campaigner 42-24715, was rammed by an Oscar of the Manchurian Air Force piloted by WO Takei Matsumoto over the same area.

The emphasis placed by the Japanese designers in the lightness of the airframes of their fighters, to save weight and gain manoeuvrability, acted against all attempts by Nakajima to equip the Oscar with a more powerful armament. The wing structure simply could not resist the vibrations produced by the recoil of the cannons of 20 mm.

By mid 1944, some launch tests were conducted at the Army Aero Test Department using 10 cm air-to-air rockets Ro-San Dan Ro.3 suspended under the wings of a Ki.43-III-Ko. The Ro.3 was a scaled down version of the 12 cm AA naval spin-stabilised rocket barrage fired from a wire basket made of welded wires or from an iron tube. As happened with their German counterparts Föhn and W Gr.21, the launch tests from airplanes showed that this type of rocket, without fins, lacked the precision necessary to be effective in air-to-air combat.

In the summer of 1945 tests were made with two prototypes of the Ki.43-III-Otsu with extensive modifications on wing and fuselage structure and two Ho-5 cannons mounted, theoretically suitable for propeller synchronization, without obtaining good results. To improve the destructiveness of the Oscar, it was also tried to use Ta-Dan bombs. They were submunition containers, originally designed to bomb airfields, produced for the IJA in two versions (HE and Hollow Charge) that were widely used in air-to-air bombing tactics by the Ki.43, Ki.44, Ki.45, Ki.46 and Ki.84.

On February 14, 1944, a Ki.43-II of the 59th Sentai, piloted by WO Kazuo Shimizu, destroyed three Mitchell bombers over New Guinea, using Ta-Dan bombs. He repeated the attack on a Thunderbolt that was also destroyed the next day.
J

Thank you for that, though if you look at your table of contents in post #77 above, you'll see that the Ki.43 is missing. I'm glad that it will get the coverage that it deserves.
J

My copy arrived yesterday.
What a fascinating book!
After the "Panic Fighter 1938" thread on www.alternatehistory.com, we thought that we had mentioned all the known panic fighters, but Justo Miranda found another dozen more!
Wow!
It will take months to digest all the new data in this book.
The only panic fighter not mentioned is the Gregor FDB-1 prototype built by Canadian Car and Foundry in Canada.
J

Thanks Justo.
Your Gregor FDB-1 graphics are up to your usual high standard.
I will forgive you for not mentioning an obscure, Canadian prototype. Canadian Car and Foundry only built a single because it was a company one-off, not in line with RCAF plans to buy Hurricanes. Gregor's Fighter is also off-to-the-side of the Eur-asian theme of "Panic Fighters."

I am currently working on a new book tittled ‘Ultimate Allied Fighters of the Second World War’.

I supposed that descendants of P-51 are the F-100 with the evolution of North American FJ-1 Fury and Republic F-84 ( descendants ) of Republic P-47.

Justo Miranda said:
I am currently working on a new book tittled ‘Ultimate Allied Fighters of the Second World War’.
Click to expand...

airman said:
I supposed that descendants of P-51 are the F-100 with the evolution of North American FJ-1 Fury and Republic F-84 ( descendants ) of Republic P-47.
Click to expand...

Your activity is surprisingly fast!!

It looks like a Curtiss P-55 Ascender with a jet engine.
J

blackkite said:
Your activity is surprisingly fast!!
Click to expand...

You are surprisingly energetic and handsome Spanish guy.
When traveling to Barcelona, the girl at the front of the cheap hotel was an incredible beauty. Such a beautiful woman has never been seen before.
Last edited: Jan 12, 2020
J

Justo Miranda said:
I am currently working on a new book tittled ‘Ultimate Allied Fighters of the Second World War’.

An absolute must have! Will it be released after the "Fighters of the Dying Sun"? And will the book about the Luftwaffe Night Fighters be out first (or after it)?
Cheers!
AP

In Madrid, I was shopping for leather goods at my wife's request, but the female clerk there was also very beautiful and attractive. If allowed, I wanted to bring her back to Japan. Toledo was also interesting. La Barracca's gazpacho and paella are very good and one of the best meals I've ever tasted. 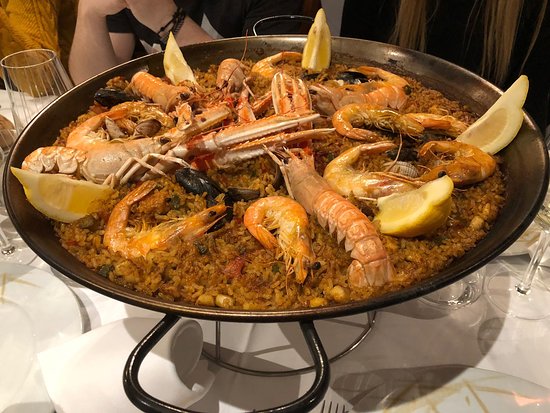 An absolute must have! Will it be released after the "Fighters of the Dying Sun"? And will the book about the Luftwaffe Night Fighters be out first (or after it)?
Cheers!
AP
Click to expand...

Night Fighter's book will take longer to be finished...I must draw many antennae!
J

blackkite said:
In Madrid, I was shopping for leather goods at my wife's request, but the female clerk there was also very beautiful and attractive. If allowed, I wanted to bring her back to Japan. Toledo was also interesting. La Barracca's gazpacho and paella are very good and one of the best meals I've ever tasted.

I hope to visit Kyoto and Tokyo next year. I also like the Japanese food. I use to go the "47 Ronin" restaurant with my wife, It is expensive but the food is excellent.
G

Justo, I had considered proposing a book called "The Last Piston Fighters" about all the fighter types that actually flew (at least in prototype form) but were too late to see action in WWII. The fact is that some of these appear in "Enemy at the Gates" and others will be in "Ultimate Allied Fighters"! So, in a way, thank you!

Just taking a look at the 12 (!) bibliography pages one can figure out how thoroughly researched it was, aimed to produce the most comprehensive compilation available on the subject.

I strongly recommend it, starting from the excellence of the technical drawings, but also a great reading for those interested in History, in a broad sense. Conquest of the air has deeply transformed Civilization, so their study shouldn't be considered as a minor category. Mr Miranda has a vast background in History and his narrative excells, enriched in precisse data. That helps inserting the aviation facts into the full historical drama. This is much more than a technical work on nuts and bolts.

The book made me think a lot, considering new points of view about the 30's of the XX Century. Books about WWII describe war horrors but "Enemy at the Gates" is about a time when mankind, on inevitable collision course, precipitated into the abyss. Times of uncertainty when friends could unmask as foes almost overnight. Times of panic.

When nations felt in danger about an inminent full scale war, it was too late to engage in first class fighter development. Major fighter producers were also set to be involved in the conflict and refused to export their most advanced technology, just to see it falling in enemy's hands. Thus, secondary nations had no choice but to desperate buy or develop anything that could be fielded as quick as possible. Trying to stop German or Japanese most modern aircraft with designs powered by second line engines?. In panic fighter concepts, a lot of creativity, and some ingenuity too, was exhibited. A vain effort, because most of it remained just in early design stages.

"Enemy at the gates" describes fighter technology development, their operational behaviour and air warfare tactics from the 30's until early stages of WWII.
There are lots of interesting technical details about guns, engines, communicatios, tactics, manufacturing methods,... from the different industries. Strenghts and weaknesses. I found myself discovering new facts about France, Soviet Union, Netherlands...
From operational aircraft described, most went to a secondary role after WWII started, so it's fascinating know about them at the peak of their operational careers. I specially like American Curtiss and Brewster's.

While dealing about the nations that suffered agression from the Axis powers, Australia's case was unique. Suffering only limitted attacks allowed time enough to work on a series of designs. Starting in December 1941, from precarious hardware only, like their contemporaries. However access ultimate technology was allowed, thanks to Allied turning the tide in the Pacific, and decided to benefit from it and start a new design. As a result, their panic fighter was flying for the first time in 1946!

Another situation was the case neutral countries. While not involved, there still were in need for fighters to keep control over their skies. Their not alligned status allowed them to buy some very sofisticated aircraft or components for their indigenous designs. Sweeden's effort ended building an extraordinary post WWII aircraft industry.

Finally with Allies fighting Axis back, their former agressors fell into desperation, starting work on their own projects for panic fighters. But that's another story. For information, I recommend reading Mr Miranda's Axis suicide squads, Ultimate piston fighters of the Luftwaffe, The ultimate flying wings of the Luftwaffe, Focke Wulf jet fighters and Fighters of the dying sun (next to be released from Justo Miranda at Fonthill in what is truly becoming a WWII unbuilt projects encyclopedia).
J