Emigh Trojan A-2 - Can anyone tell me more?

I came across an interesting aircraft for sale today, a 1948 Emight Trojan A-2. It's not a homebuilt but its construction technique looks like something that homebuilders might want to study.

And here is a series of photos from a vintage aircraft photo site:
http://www.russellw.com/photoalbum/photo_query_results.asp?qManufacturer=cemigh

Here is a short entry from Aerofiles (scroll down to Emigh):
http://aerofiles.com/_e.html

Anyone know anything more about this interesting little plane?

We owned one for about 30 years. I'll see if I can find a photo or two. It was supposed to be the last one or next to last one they built. When they gave up, there were still enough parts to assemble a few more, laying around in the storage building. I Let it go around 1993 (no damage, but had been sitting in back of the shop for decades-unflown, with the wings undeneath. I know I have some 16mm movie film I took of my Dad's first flight in it, trying to land at Flushing Airport NY, with a full tank of fuel. It dropped about 20 feet onto the runway, without damaging or bending a thing...Built like a brick-something or other...Some great manufacturing ideas..Left gear, right gear, and nose gear were all interchangeable. They slid into tubes. As you can see, there were no internal ribs. The ribs were external bulb extrusion. Strong enough that you could stand on outer wing without it flexing...Full length ailerons that I seem to recall, BOTH dropped to act as flaps, when you held both of the sticks together. Left elevator, right elevator and rudder were all interchangeable, (and VERY simple construction)with piano-hinge type mount. Left stabilzer, right stabilizer and fin were all interchangeable. Left and right wing were interchangeable. They could be bolted on or off in short time, as they were affixed to center section external butt rib wth a whole load of (I think they were 1/4") bolts & nuts. Easy disconnect of aileron cables etc. Great 125mph cruise speed on a 90 hp Continental. But the post WWII aircraft market was flooded with dirt-cheap surplus aircraft, so often competing with surplus planes that could often be bought for a hundred dollars or less. Would make sense today, I think.

Wow, that was fast, and your family owned one? Absolutely, I'd be grateful for any pics or info you could dig up. Thanks!
W

The A-2 Trojan was designed by Mr. W.H.E.Emigh and developed from the 1939 Emigh-Gregg Rocket prototype. Emphasis in the design was on easy/simple construction. The monocoque fuselage was built of two halves whieh were joined together, the Trojan had symmetrical airfoil wings ands the ailerons and elevators were interchangeable. The prototype first flew on 20 December 1946 and differed from all further aircraft in lacking the two small side windows. Production was undertaken the by Emigh Aircraft Corporation and later by Emigh Trojan Aircraft Company. The majority was fitted with a 85hp Continental C85-12F engine, although aircraft were also delivered with a 90hp C90-12F.
Production: 59 including the prototype
max. speed 130 mph, cruise 115 mph, climbrate 600ft/minute, ceiling 14,000ft, range 550 miles
wingspan 31.583ft, length 20.417ft, height 6.417ft

I can't believe I actually could find one of the photos of our Emigh Trojan, in all these boxes of loose photos.
Here is my Dad's Trojan. N8353H. This should be at Flushing airport in the 1960s. white with light blue wings and lower half, and dark blue accent striping. You will note from the post above that the length was only about 20 feet long, and six foot high. With the short wings stored underneath, it easliy fit in most garages for storage. My Dad had brought it to his race car shop and pulled it down to the back wall, to prepare for a new paint job. eventually it got boxed in behind a whole bunch of race car and vintage car projects (even a Duesenberg!) and it never came out of the shop until decades later, when I auctioned it around 1993, so I could move from NY to Alabama, for a position as Museum Director with lots of Flying WWI aircraft replicas. which included exciting film work, and air shows.
Another feature not yet mentioned was the entry. There were no doors with locks & hingesm or door-frames . There were two sliding plexiglass sections (that were simple flat pieces, and then placed in a curved channel-track at front and rear edges) that each went half-way over the cockpit, with slight over/underlap at the middle of top. Simplicity of design, greatly reduced porduction costs, with good form & function...VERY easy to get in and out of, and, as you can see, excellent visibilty for the pilot. Simplicity, performance, low-cost, simple interchange or repair of most components etc. Bring them back... 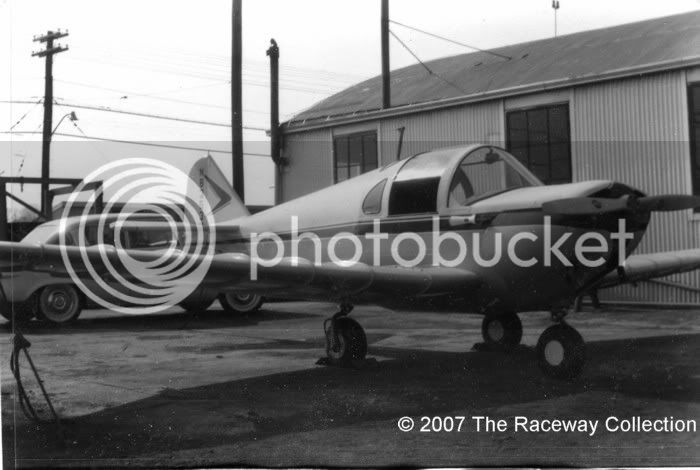 Fantastic, thanks so much!

I was seriously considering purchasing the one on Barnstormers, even though I don't currently live in the USA, but my current European microlight license is the equivalent of a U.S. sport pilot certificate (if I can get it recognized at all) and the Trojan's gross weight is too high for light sport aircraft category.

Still, I'd love to find out more--a modern interpretation of the same ideas, just a little lighter and smaller, would be great fun. If anyone knows where I can find more info, drawings, etc. please do let me know.
C