A new post is up at RetroMechanix.com on the evaluation of the Doblhoff Wnf 342 V4 helicopter by General Electric in 1948: 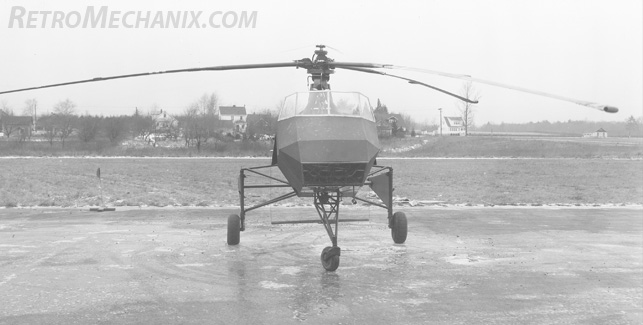 This captured German helicopter employed blade-tip jets to drive the rotor; it was bailed to General Electric by the USAAF in late 1946 in connection with the development of the XR-17 helicopter, which later became the Hughes XH-17. The article reproduces the majority of the evaluation report, which offers a detailed critique of the design, and includes 9 photos of the helicopter under test.