I recently received a beautiful copy of the book The Autogiro and How to Fly It by Reginald Brie (London: Pitman, 1935). Inside, among some other lovely photos and especially fold-out cutaways and line drawings, was a photo of a French Lioré et Olivier autogyro that I had never seen before, which I have scanned and attached. Doing a little digging I found a reference to the sad end of that prototype and its pilot in the attached contemporary article from FLIGHT.

My questions for the group are: What is the correct designation for this LéO aircraft? Can anyone add more details regarding the development of this gyro and/or the accident? And did this accident spell the end of Lioré et Olivier autogyro research?

I have renamed the topic using the type's various designations.

Lioré-et-Olivier did their own license-built versions of the Cierva autogiro (please mind the spelling IF you talk of a La Cierva design, otherwise it's autogyro — La Cierva was very intent on that point!).

In this case they only built the type on contract, but one can find the type referenced either as a Lioré-et-Olivier or a Cierva-Lepère.
S

Attached are a three-view arrangement of the first C.L.10 and a photo of the second aircraft, which was designated the C.L.10B.

Brooks' 'Cierva Autogiros' has it as the Cierva C.27, Cierva-Lepere CL.10.
Co-designed by Cierva and Lepere, two built by Liore et Olivier.
The second aircraft crashed on December 19th, 1932, killing pilot Pierre Martin.
The remaining aircraft was reported at Hanworth, UK (Cierva's UK base), in 1934.

Thanks, all, for the additional info and documentation, and I'll be more careful of my spelling in memory of Señor de la Cierva. Does anyone have any additional images or a 3-view of the CL-10B autogiro, which seems substantially changed not only in the cockpit but also in the empennage? Cheers, Matthew

Well looking into the CL.10B I came across a reference to the Westland CL.20, which was derived from the CL.10B. What the differences were was not revealed, Here's the pic of the sole example of the CL.20 which was built and flew. Other airframes were completed but due to control problems and the oncoming war, the project was abandoned. Nearly forgot the source was http://history.whl.co.uk/cierva_cl_20.html. Also found a second pic, source is https://elpoderdelasgalaxias.wordpress.com/2015/01/07/westland-cl-20-second-best/ 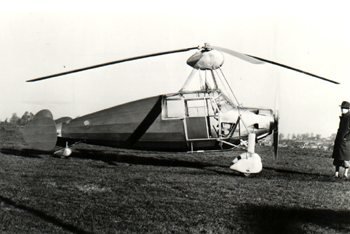 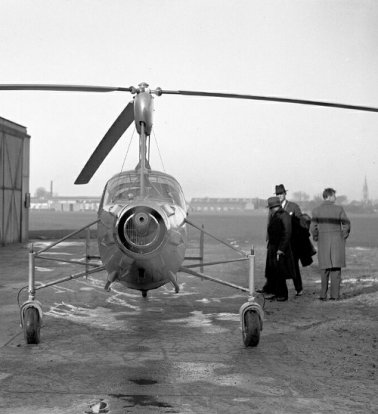