Type-xx (rendered xx-Type in Mandarin) are kind of like US 'Mxx' designations.

To this must be added a bewildering array of export designations (which also seem to be official) For example, the PLA ZTZ-96 or Type 96 MBT is exported as the VT-2 (although Pakistan calls it the Type 85-IIAP/IIM while Sudan has named it the Al-Bashir). I don't know the meanings of the export acronyms.

An attempt at translating PLA role acronyms follows. As always, additions and corrections are most welcome.

A note on designation style ... In Chinese sources, it is common to see Roman letter prefix designations rendered with and without hyphens in the same paragraph. However, recent arms show display boards tend not to show hyphens. I have arbitrarily taken that as my cue and will avoid hyphens (except where directly quoting).

There may be some online confusion on PLA artillery command post designations. Seen listed are 'GLC' and 'ZSY' which, I believe, should be GCL (FOV) and ZCY (Battalion-level CP).

There are also some odd Chinese designations based on joint projects with foreign firms. An early example (with a prototype was displayed in 1986) was the NFV-1 - an IFV based on the Type 86 with an American FMC turret with 25mm M242. So NFV-1 = Norinco/FMC/Vehicle). Other examples are the WZ551-based NGV-1 (for Norinco/Giat/Vehicle) or proposed NVH-1 and NVH-4. The latter were to be Norinco Type 85s fitted with Vickers turrets (armed with 30 mm Rarden or 25 mm Bushmaster, respectively) but I don't know what the 'H' in NVH stands for ;(

Thanks for moving this listing. Anyone more knowledgeable want to take the plunge into listing actual 'Type' designations?

I've also added a few more export prefixes - SH, SM, and ST - which seem to be separate designation series from the Vx sequences.

The 'Vx' series export designations will follow directly below. Some of these - eg: 'VN', 'VP', 'VT', etc. - seem to be strictly sequential. Others like 'VE' (recce vehicles) and 'VS' (ARVs) appear to be rather random in their number applications (perhaps suggesting purely marketing exercises?).

After the 'Vx' series designations, I'm make a start on the other export prefix designations (although these are much sketchier for now)...

There are plenty of 'missing' designations. Some of these might be explained by 'toggling' between designation styles (in the same way that the PLA flicks back-and-forth between 'Type' and 'Role' designators).

An example of such 'toggling' might be seen in missing 'SHx' designations for self-propelled howitzers. A
number of SP howitzer variants developed specifically for export don't show up under the 'SHx' series. These include derivatives of the PLA's tracked PLZ-05 (155 mm L/52) listed as the PLZ45 and PLZ52 (based on respective barrel lengths in calibres). There is also an export PLZ-04 with an L/54 barrel. It would seem logical that such variants would also received alternative 'SHx' designations.

A few export designations still have me completely confused. For example, the CS/SS6 is described as an "81 mm ATV-Mounted Rapid Mortar Weapon System". (Such wording was duplicated for the CS/SS4 mortar system.) All this would seem to describe the weapon systems along rather than the whole 'package' complete with CS/VP4 ATV (in 2016 the CS/SS6 was displayed next to a near-identical VP4 carrier fitted with a rocket-launcher pod).

Likewise, does CS/SA5 and CS/AA5 refer exclusively to their weapons systems (6-bbl air defence Gatling gun and 40 mm RWS, respectively) or do those designations also include the 'underlying' Type 08/VN1 vehicle as well? Until I know for sure, I'll omit such designations.

Plenty of online sources conflate weapon systems with vehicle designations. For example, it is claimed that the ATGM version of the airborne's ZBD04 is designated 'AFT-10'. But AFT10 is simply the ground-launched version of the HJ10 helicopter missile. I have no idea what the correct PLA designation for the 'ZBD-04 AT' might be.

Some role designations refer to weapons systems but are often also used to describe their carriers. The best example is the 'AR' series of Fire Dragon (Huolóng) artillery rocket launchers. In all likelihood, 'AR' designations are analogous to the 'AH' series - which describes howitzer tubes (not their SP platforms which have 'SH' designations). Alas, the 'AR' systems are not covered by the corresponding 'SR' (SP Rocket) series (despite SR1-to-SR3 being 'missing'). So, reluctantly, I am including 'AR' designations for completeness.

Another minor puzzle arises from apparent duplication in mortar carrier series - which includes both 'CM' and 'SM' sequences. Although my listings are very incomplete, there does seem to be a pattern. The 'CM' series seems to be conventional carriers with infantry-type mortars. On the other hand, the 'SM' series seems to exclusively cover carriers of so-called howitzer/mortars or 'universal guns'. Only filling in designation 'gaps' will tell us if that pattern holds.

As always, any and all additions and/or corrections are most welcome.

VP5 : (??) hypothetical designation
-- Some online confusion between VP5 and VP10

Note: The 'BK' series are usually described as Type 92/WZ 551 based. However, these vehicles share a 'universal base' hull divided into three sections - front (driver/commander), central (fighting compartment), and rear (engine). Development of the 'BK' series assault guns was eclipsed by Norinco's VN1/ZTL-11. The only survivor seems to be a longer hulled 6x6 variant used as a mount for the HQ-7B SAM system (although I do not know its designation).

I posed the question of the 'VN50' heavy infantry fighting vehicle concept in the Army Secret Projects section.

skylancer-3441 responded with some details and a host of higher-rez photos from IDEX 2019. In a few of those images, the display plaque can be clearly read as "VT4 Heavy Infantry Fighting Vehicle".

A few updates and corrections done. Anyone got more?

First Tractor Company Linmited of China made this tank（prototype 704） in 1970s. 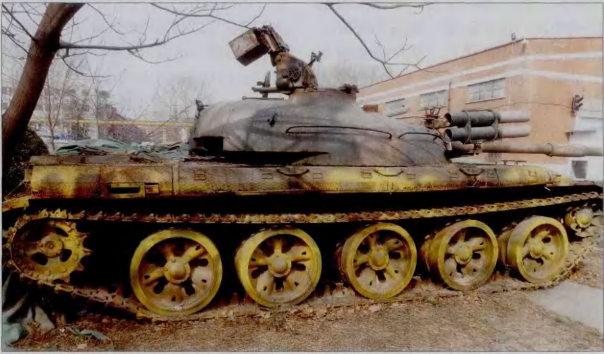 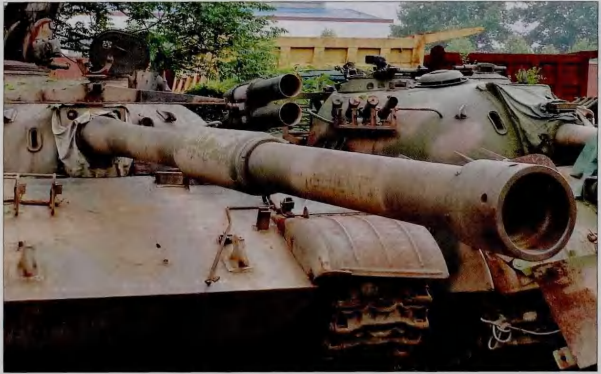 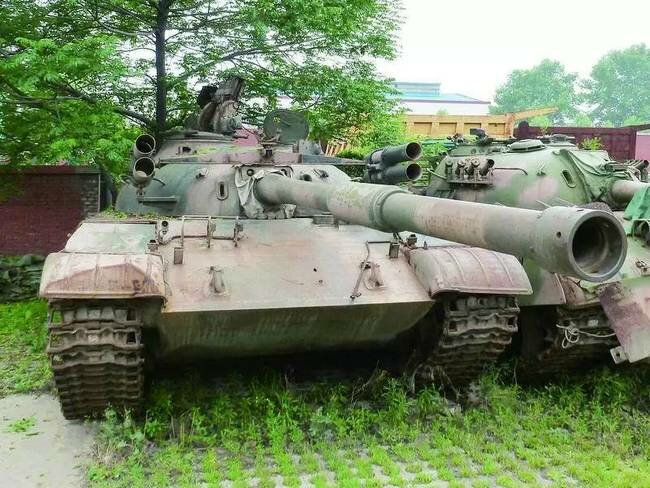 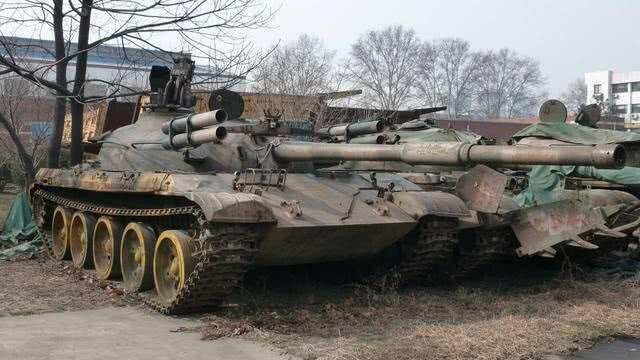 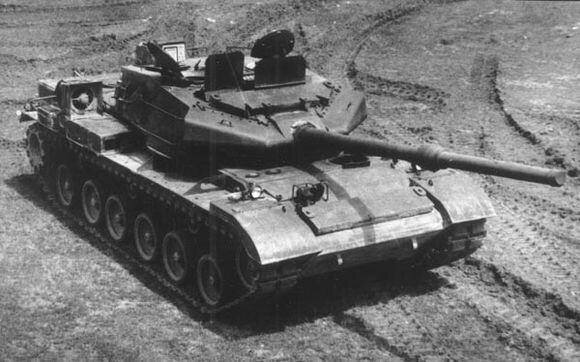 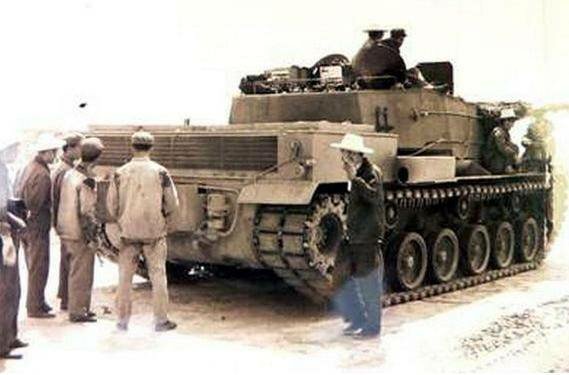 Thanks. Those are oddballs.

The prototype tank built at Plant 704 never seems to have received a designation of any kind - not even a 'WZ' factory designation. But it was somehow connected (possibly only by timeframe?) with the 122 series. 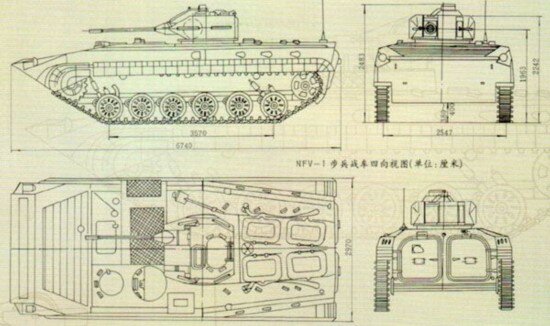 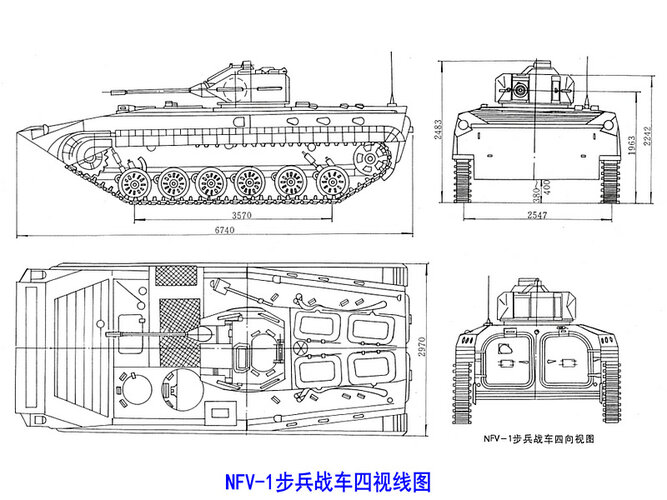 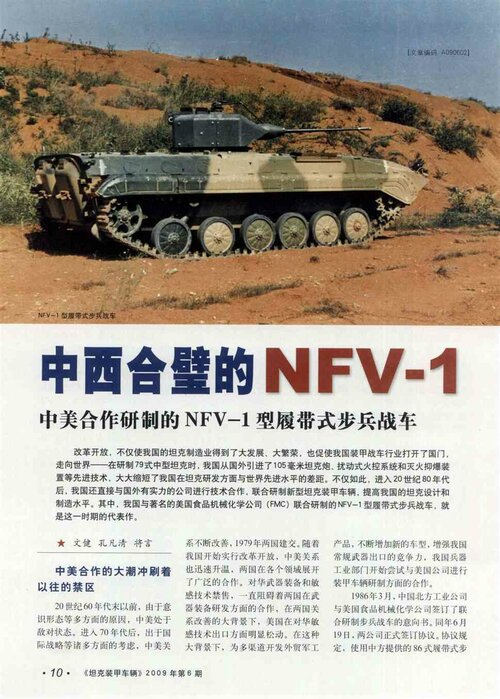 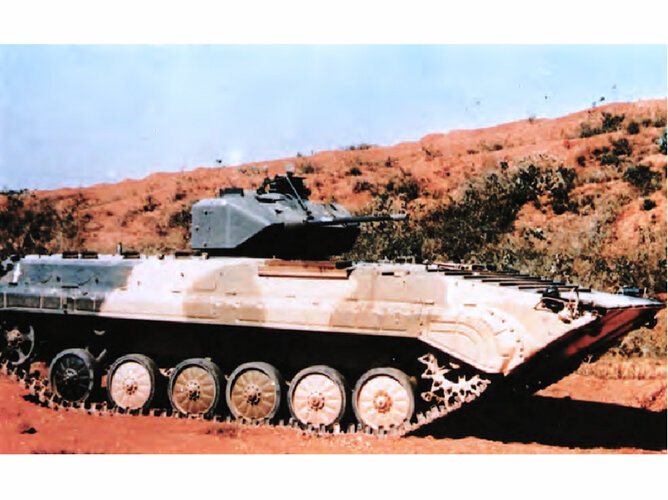 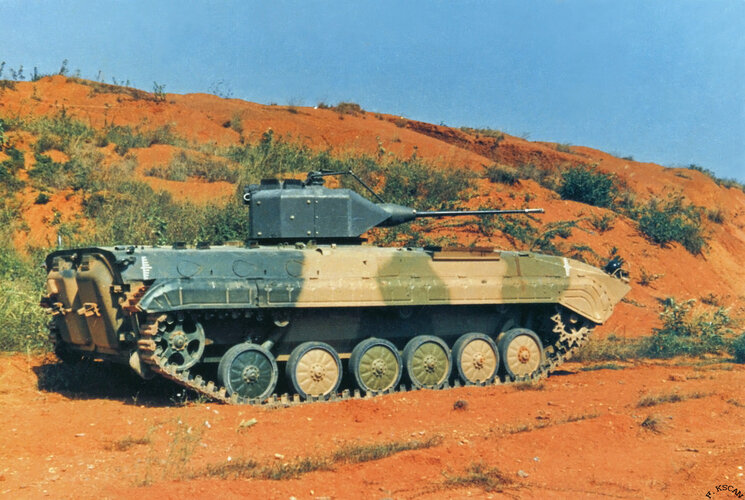 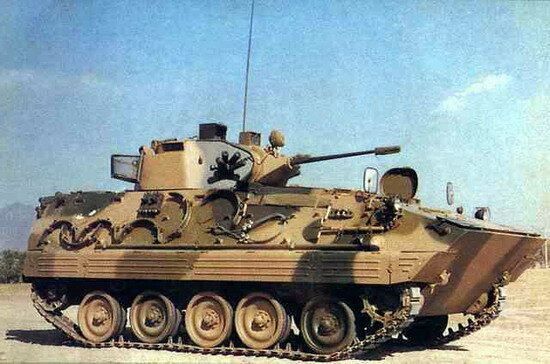 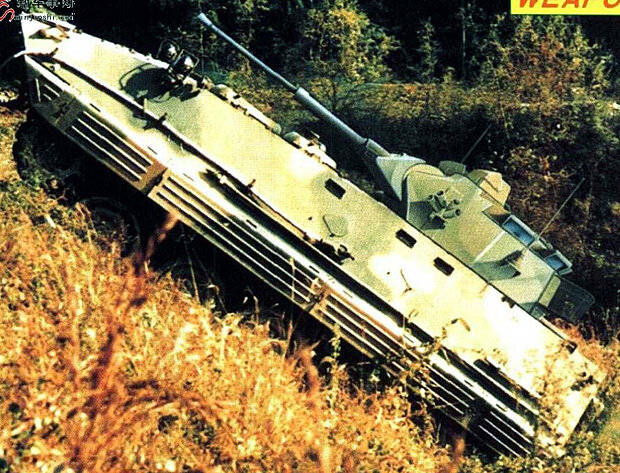 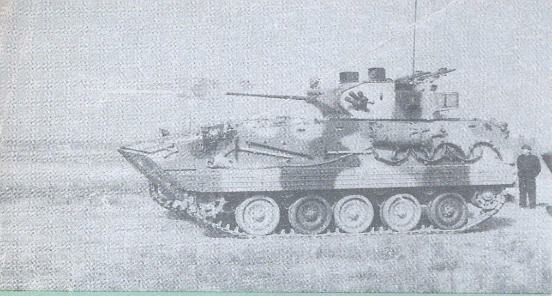 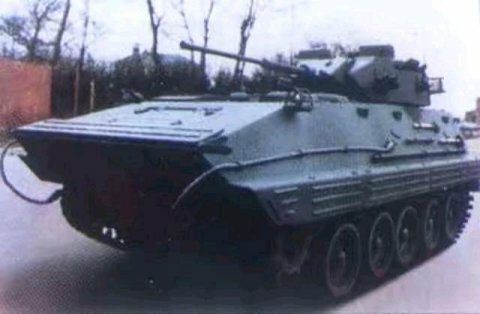 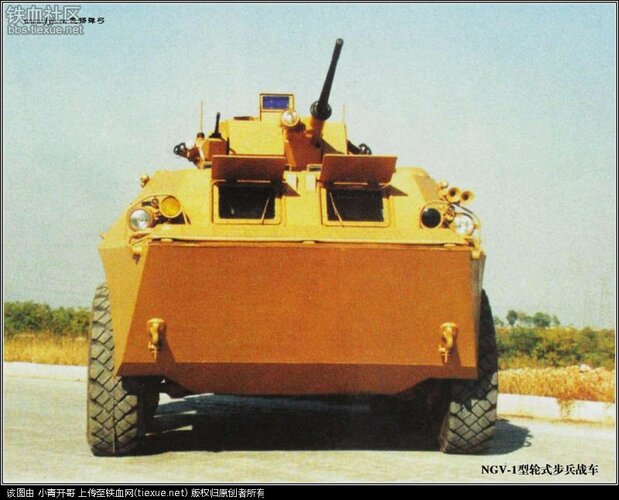 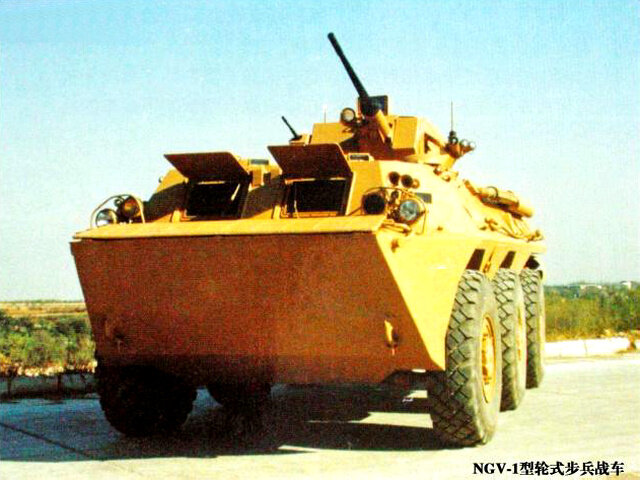 Any sources for those images Skyfire? (I note bbs.tiexue.net on one of them.)

Just to 'unpack' the last three posts, NFV, NGV, and NVH were all pre-Tiananmen Square Massacre corporate designations aimed at the export market. As noted in post #1, NFV was for Norinco/FMC/Vehicle, while NGV was for Norinco/Giat/Vehicle.

I'm less clear on the NVH acronym. NV is obviously for Norinco/Vickers but the 'H'? I'm tempted to say 'H' for Hughes ... except the original main gun wasn't a Bushmaster, it was an L21 Rarden

I'm now wondering if the designation 'gap' between NVH-1 and NVH-4 could be explained by further armament alternatives. On offer as optional main armaments were the 25 mm Oerlikon KBB and the 30 mm Mauser MK 30F. Might those options represent the 'NVH-2' and 'NVH-3'.

More questions come with the Vickers Defence Systems turret for the NVH-1. Was that turret related to that of the Vickers MCV proposal (on a Bradley hull) aimed at the MCV-80 programme? 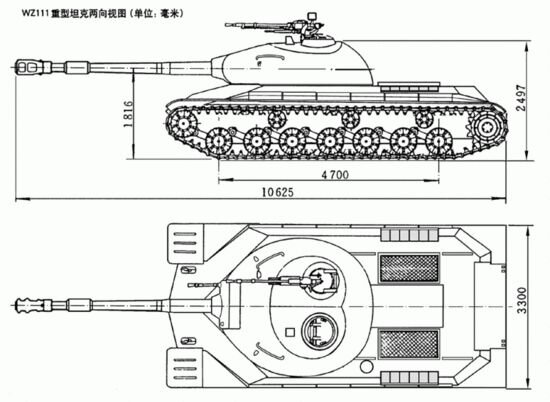 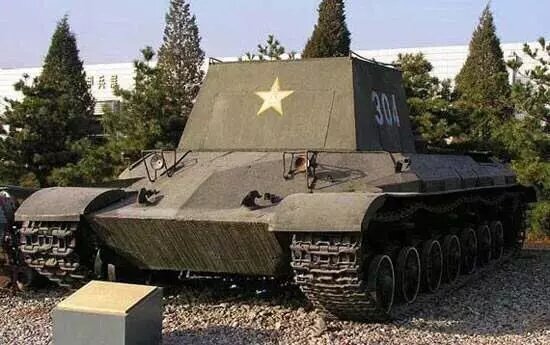 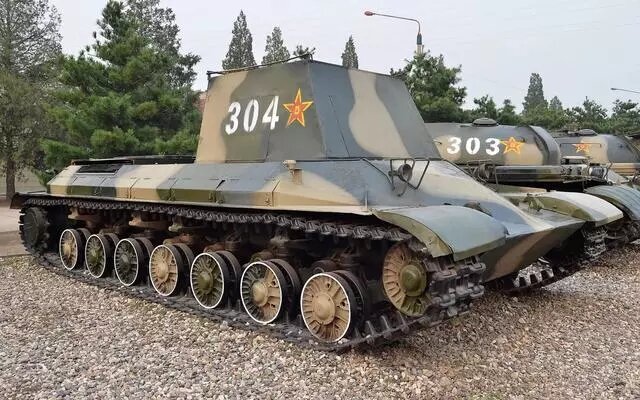