A good title needed in lew I'll use "benefits of SSNs"
It's a first stab at trying to define what the SSN delivers for a state.

Like all naval ships, the submarine possess a quality of both tactical utility and strategic effect.

At the tactical level, the ability to remain submerged and not reveal itself, coupled with the ability to deliver ship killing 'effectors' (torpedoes and, land attack and Anti-Ship Missiles, mines and special forces), makes this a potent means to dominate the seas and threaten coastal infrastructure.

It's strategic quality is in part the familier 'in being' readiness for action, and the retention of ambiguity in where it may be.
This ambiguity used to be a quality possessed by all ships beyond the sight of land. Essentially their location becomes conjecture and assumption, since it is not verifiable.
With the increasing passage of time the uncertainty of the ships location increases, until it is sighted again or another ship sees it and brings that information back to land.

Modern sensors render the ship's location much more acquire-able in real time. Removing ambiguity.
But the submarine retains this quality. Sonar is much more limited in range than radar or vision. Where an aircraft can be detected hundreds of miles away, a submarine can slip past the mere tens of miles and sometimes a lot closer.

Infamously, the more daring submarine commander has risked detection to take pictures of an opponents ship's propellers. A feat requiring the submarine to risk actual collision.

'In being' is the state of readiness to move, and act. A standing Army possesses this quality as does in it's readiness, a fortress manned and provisioned. As such these forces exert an immediate and continuing pressure to be answered either by manoeuvre or by counter force.

As such the nuclear powered submarine delivers an effect far greater than it's actual capacity. It's stocks of torpedoes and missiles are limited, there is little extra accommodation for passengers.

But the possibility is that these effectors will be applied at key assets an opponent possesses.
Ship(s) so vital to the fleet, or transport laden with crucial asset(s).
The port you cannot afford to have blocked. Infrastructure you cannot have have damaged or destroyed.
Worse that unguarded part of your coast through which agents delivered by submarine might slip unnoticed into your country.

Because the submarine might be anywhere, your only defence is to be strong everywhere and this drains resources away from other tasks.
M

I believe you pretty much summed it up.
A

I'm not so sure. I don't see anything on that list that a long ranged AIP sub couldn't do. Saab's Blekinge Oceanic ER has a 10k nm range, as does the South Korean Dosan Ahn Changho class. The Soryu class has an estimated AIP range on the order of 10000km/6000nm, which I somewhat question since it is significantly more than other AIP subs, but if correct it is more than sufficient to hold an operational theatre at risk along the lines you suggest. 10000 nm is enough to make a global deployment to near an operational environment, then refuel for a long endurance patrol. Since AIP subs are somewhat quieter than nukes, they can be even more of a problem.

So the question then becomes what advantages do SSNs give over AIPs, especially when you can buy 3-4 AIPs for the cost of one SSN?

Range may or may not be one. If you are SK or Japan, and your concerns are NK/PRC/Russia, then you aren't going to need to refuel when you reach the operational area since your operational area is off your own coast. A similar logic applies to European navies operating in European waters. Perhaps even to the USN in the North Atlantic, or even operating from Hawaii/Alaska in the western Pacific. But if you are a European navy, or the USN, or PRC or Russia, and you want to deploy to or across the Pacific or under the Polar icecap (asssuming it doesn't melt away year-round), then there is a significant strategic and tactical advantage to not needing a port or an accompanying tender once you reach your operational area.

Another advantage, and this is a straight up capability that AIP doesn't have at all, is strategic and tactical speed. AIPs can't keep up with a carrier group doing flight ops; they max out at around 20 knots rather than the 30 or so carriers operate at, so they can't escort carriers. If you don't need subs to act as fleet escorts, then you can maybe get along with AIPs rather than nukes. If you do need them to be able to keep up with a fleet at 28-30 knots, then you have to have nukes since AIPs can't reach that speed.

Finally, if you are using subs as a counter to SSBNs, then SSNs are required since only they can trail an SSBN over a months long submerged deployment.

The combination of lower speeds and limited fuel also means it takes AIPs much longer to deploy to an patrol area. SSNs can transit across the Pacific at much higher speeds since they can cruise at much higher speeds, which means they can deploy faster. Disregarding fuel, slower deployment speeds also mean less time in the patrol area before needing to resupply with food.

For regional navies like those in Southeast and East Asia concerned with the PRC, AIP makes more sense. Strategic and tactical speed and strategic endurance aren't important given the operational area is off your coast, and since you can have three to four times as many AIP than nuke subs, SSNs don't really make sense. On the other hand, if you need global reach then SSNs can make sense, and if you have to escort 30 knot fleets, then SSNs are your only option.

I can actually see a use for USN AIP subs. American Soryus could operate in the Atlantic and North Atlantic even without access to friendly ports. With such access they would be even more effective. This would then free up the nuke boats for Pacific operations*, as fleet escorts, and in the anti-SSBN role.

*USN AIPs could also be useful in the western Pacific if they could operate from secure regional bases, or if Soryu/Taigai types have strategic ranges along the lines of 12000 or more nm, which would permit long submerged patrols even transiting from Hawaii or Alaska, again freeing SSNs for other critical missions.
A

AIP subs are getting better and better, with the non-negligible advantage of being quieter because no reactor.
Still SSNs remains leaps and bounds ahead for weeks or months long - submerged cruises; AIP subs still can't do that AFAIK.

One good start would be to compere Scorpene vs Rubis, or Attack vs Barracudas.
AFAIK France is the one and only country in the world making SSN and SSK that derives from each others... although Scorpene was NOT a non-nuclear Rubis, rather "the ultimate Agosta class SSK". 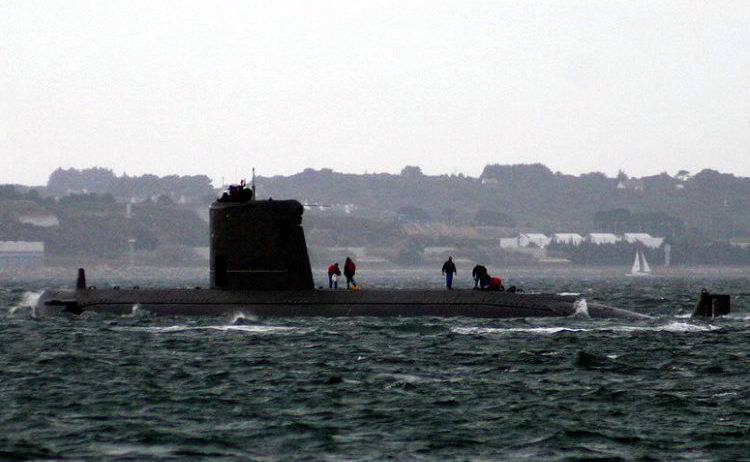 en.wikipedia.org
Ouessant was last of its kind... 20 years ago.

If the French navy was richer, it certainly wouldn't spat on some AIP Scorpenes or Attacks to get more attack subs hulls at sea yet at lower cost...
Z

So specifics rather detract from the principles, which risks hijacking the thread.

It certainly is the case that nuclear power provides effectively limitless range and endurance only constrained by consumables and human factors.

And at no point does it need to surface.

By comparison AIP powered submarines would have to be unfeasibly large to carry enough fuel for such performance. Current designs are much slower for long range operation and would rapidly exhaust their fuel trying to match an SSN for even a day.

Such AIP and diesel submarines are more likely to consume their supplies in long transit to a distant area and have as a consequence much more limited time on station.