Their approach is to 3D print the whole thing (really big printing machines). Their rocket uses a 15,500lb thrust engine with 9 in the first stage and 1 on the upper. Cost would be $10M/launch. Interesting statistic they mention is that raw materials (to make the rockets) and the propellant are 5% of total launch costs. No matter what, it will be interesting to watch their first launch if they make it that far.

Let's dig in the numbers .., 5% of maximum cost offset lead to 1/6th the final launch price of their competitors? Those guys should ran for a local election, they have talents.

So, if I am 5% stronger that my neighbor I can cut more wood with an axe that my skinny friend using a chainsaw?

Basically they were highlighting the dominant cost share from labor as opposed to materials. 3D printing is fine for structural elements (assuming the material properties aren't degraded) but I would think there will still be significant assembly labor. Considering the background of the company founders (engineers from Spacex and Blue Origin), you would have to assume this is factored into their plans. It is definitely ambitious in concept and I would not be surprised if they get bogged down and stall out before making it to a test launch like Firefly Space Systems.

3D printing can also reduce assembly costs, when Airbus printed a bike as a demo, its gear chain was printed ready-assembled.
H

One of the nice things about 3D printing is you can reduce part count significantly (1/10 the part count of a traditional assembly is often feasible), and you get parts that are ready to go without lots of machining. Both are significant labor savers.

Hobbes said:
One of the nice things about 3D printing is you can reduce part count significantly (1/10 the part count of a traditional assembly is often feasible), and you get parts that are ready to go without lots of machining. Both are significant labor savers.
Click to expand...

But how does strength compare to a part machined from a forging?
H

A 3D printed part will not be as strong as a forged part. Luckily, even in a rocket not everything needs to be forged.

Hobbes said:
A 3D printed part will not be as strong as a forged part.
Click to expand...

There are other factors that you have to take into consideration:

-3D printing works for some materials and not for others, which is true for certain metal alloys. If you need a part made out of a certain type of alloy and that alloy cannot be used in a 3D printing process, then you might have to settle for a substitute that is not as good. (The number of metals being developed for 3D printing is increasing, but these metals have to be produced in a powdered form, which is not applicable for some of them.)

-quality control (and predictability) is not as easy for 3D printed parts. When putting down the layers of materials, you can end up with gaps between the layers (in part because you are putting a hot material on top of a cooling material). You have to inspect for this, and if the part is defective, you discard it and start again.*

-3D printing can take a long time on an individual part basis, which is why it is hard to adapt to mass production (for this and some of the above reasons it has been used for rapid prototyping, but other methods are used for final production).


3D printing is expanding in capability and being used for more and more things, including aerospace (including critical aerospace parts), but it is never going to replace all or even most manufacturing processes because of its limitations. For some forged metals you have to keep in mind that they can be forged relatively quickly (pouring a metal into a mold and then cooling it is faster and easier to do than laying down layer after layer). Also, because we have hundreds of years of experience with metals, they are very well understood in terms of their properties and behaviors. We know how to make and pour and cast many metals and how they will behave under stress, under temperatures, etc. A 3D printing process changes that predictability and so engineers are careful when they do that. They might want something they totally understand instead.

3D printing has a great advantage in that you can create parts of entirely new geometries that you cannot cast. It can enable new types of structures. But it's not magic. You might remember that about 2-3 years ago there was a lot of hype about 3D printing. It was all over the internet and on the covers of magazines and stuff like that. And yet we don't regularly order 3D printed consumer goods or make them at home. There's a lesson there: beware the hype.

*If you want to get an understanding of this, imagine that you need a metal cube 10 cm by 10 cm. You can create that by pouring molten metal into a cube mold and then letting it cool. You can also create that cube by laying down layer after layer of metal with a 3D printer, starting with the middle of the bottom layer and working out, then going back to the middle and putting on the second layer and moving out, and so on. If you think about the final product, with the poured cube, you should end up with a cube that is uniform, and if you cut it in half, any point inside that cube is going to be identical to any other point. It is very uniform and predictable. If you cut that 3D printed cube in half, you're going to see slight deformities and you're going to see the layers. That gives you a sense of how the two cubes will behave differently when they are part of an engine or a structure.
F

It looks like Relativity Space uses a 3D printing method similar to Sciaky's E-Beam fused deposition printer except it uses a laser rather than an electron beam to melt the wire feed stock. This technology prints a near net shape which then goes into to a traditional CNC machine for a final pass cut to achieve dimensional tolerances. The benefit of this approach is speed (8 inches per second deposition rate).

As I mentioned, you can print 3D structures this way and even reduce part counts but you still need assembly for things like bearings, valves, actuators, wiring harnesses, etc. They are taking a big bite so there is a risk of choking but if they succeed or even come close, it will help push things along.

Interesting. If the strength is sufficient, that's like starting with a part that can skip all the rough cut operations.
B

Lets face it. Even if their rocket does not meet their promises, their development work in Large Scale 3D printing and the related alloys will have numerous commercial applications.
F 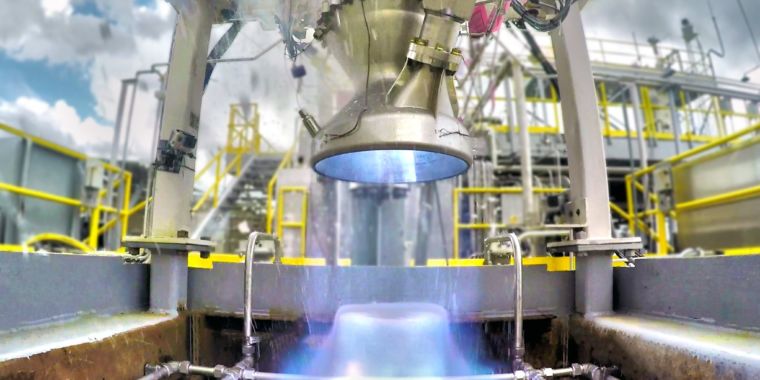 "We have a pretty broad long-term vision."

3D printing works for some materials and not for others, which is true for certain metal alloys
Click to expand...

We are on the Terminator timeline. It won't take long before 3D printing rules the world, churning thousands of T-1000s made of layers of mimetic polyalloy. And since we are on the brink of creating Skynet, too...

"We have a pretty broad long-term vision."

I put a copy of this video under 3D Printing in the "The Bar" as well since it covers more than Relativity Space. The portions discussing Relativity Space are at the beginning and end.

Relativity Space finally created its own Youtube channel. Nothing really new but it shows steady progress. Their booster is a lot bigger than Rocket Lab (7 foot diameter, 2500lbs/LEO vs 4 foot diameter/500lbs) and costs a bit more $12M). 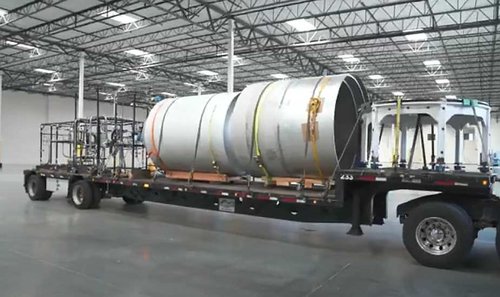 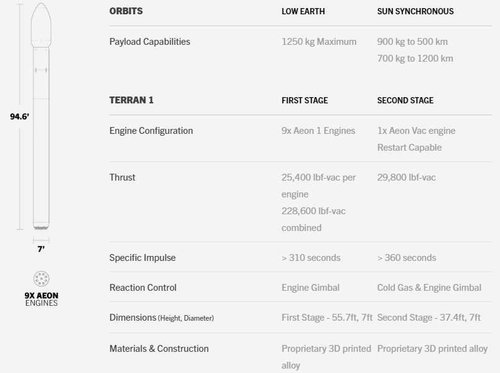