3DELRR Latest in String of Radar Losses for Northrop

"3DELRR Latest in String of Radar Losses for Northrop"
Oct 9, 2014 by Amy Butler in Ares

Behavior thus far from the losing bidders does not indicate they are throwing in the towel yet. Both issued statements expressing their “disappointment” at the loss and indicating they felt they provided the best value for the Air Force in their respective bids. In Washington, this means the fat lady has not yet sung.

This is becoming the post-contract-loss norm in Washington. Companies are poised to lodge a protest if they think they have a whiff of a chance at overturning a source selection. And, some lodge protests even if they don’t –- to delay a rival’s work or to get corporate intelligence through the protest process on a rival’s design.

But, both losers are mum on details of their designs in the near term as they await their debriefs on the source selection. Lockheed Martin is slated to get its briefing Oct. 15 with Northrop’s slated for the next day. The companies then have 10 days to protest if they feel the selection went afoul of procurement guidelines.

Regardless of a protest, the loss is another big blow for Northrop Grumman, which has lost several major radar contracts recently, including the Navy’s Next-Generation Jammer and Air and Missile Defense Radar. The company was also downselected out of the Air Force’s Space Fence radar contract early, leaving only Raytheon and Lockheed Martin in the duel. Lockheed Martin eventually won the $915 million contract.

Raytheon's recent wins -- including NGJ, AMDR and, now, 3DELRR -- are attributed to its investment in building its own foundry to produce Gallium Nitride (GaN) semiconductors, which exceed their Gallium Arsenide predecessors in power output. No other major defense contractor has this resource vertically integrated. Cree, based in North Carolina, and TriQuint, based in Texas, are both GaN manfuacturers, but would function as suppliers to major defense companies.

It seems Northrop is absent in the Pentagon’s big contract work despite the company’s clear foothold in the tactical radar market –- its sensors are on the F-22 and F-35. Northrop was also selected by Lockheed Martin to provide an AESA for the F-16.

Company spokesman Randy Belote declined to discuss these losses or any patter that may be underlying them.

Meanwhile, the only other big tender for large radar work on the horizon is the Missile Defense Agency’s forthcoming competition for a new Long-Range Discrimination Radar, an S-band system to be placed in Alaska to better distinguish countermeasures from actual warheads lobbed from North Korea.

It will be interesting to see if Northrop goes for it or turns its focus to the tactical fighter market or to air-to-ground surveillance programs.
Click to expand...

Bumping this up given that the award is expected in the coming weeks. 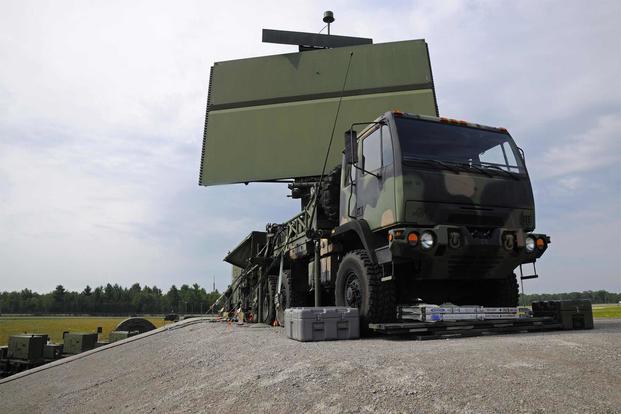 The Air Force Has Been Trying to Replace Its Radars Since 2008. Now, It's Starting Over

The U.S. Air Force has been trying to replace its radars since 2008. Now, it has to start all over again.