The fact that Yakovlev designed gliders at some early point in his career recently came as a surprise to me. On closer look, however, none of his designs ever made it to full-scale machines, but several of them were flown in model form.

A little follow-up to what I wrote previously: despite the fact that the pilot in the A.V.F. 20 picture truly looks like a little wooden figure, there was a full-scale A.V.F. 20 that flew, as shown in the attached picture dated 1927.

Now the icing on the cake here is that third character from left is none other than the great S. P. Korolyev, ever a personal friend of Yakovlev's and a man who single-handedly changed the face of Soviet aerospace!

I have finally put my hands on the article which spawned all three images in this thread, and as soon as I have translated it I will share on this page, and hopefully we'll get to understand better the level of involvement that Yakovlev had in gliders.

Silly me!!! Of course it wasn't A.B.F.! It was A.V.F. The old "B" vs. "V" confusion in Cyrillic. How could I fall for that once again? Thanks a lot Maveric for restoring the truth and bringing some sense back into my confused mind!!! :-[

As an addendum to this, not only the the AVF(ABF)-20 was built but also the AVF(ABF)-10 in full size form. Here's pictures of the AVF-10. 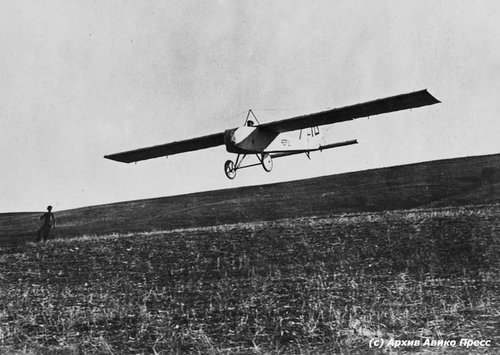 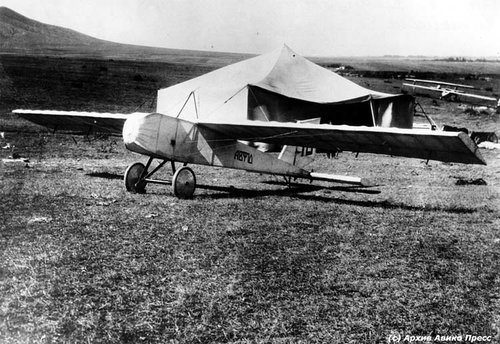 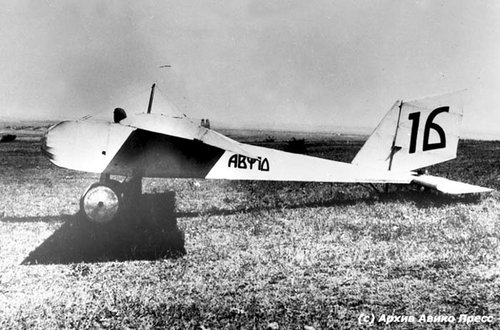 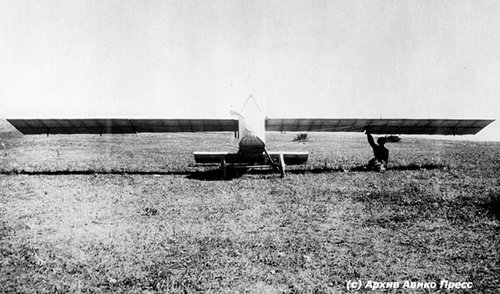