I have a LOT of Original aviation art, including over 100 original paintings and sketches that were exhibited in the Smithsonian, in a major exhibition. One set I have is a group of several dozens of beautifully detailed Original Pen & ink dwgs from 1946-1948 done by the World's leading authority on the subject of WWI British aircraft, the late J.M.Bruce. Bruce wrote the massive and definitive reference work on the subject. Here is one sample.
This is the A.D. (Air Dept.) Navyplane #9095 with Smith Static radial engine. 1916 design by A.J. Mitchell & Richardson of Supermarine. Only one built. This dwg. dated 29/5.48. The Smith radial was also one of the first radial aero engines to go though extensive R & D, at the time. I've left this scan at a decent size so you might be able to appreciate the detail. There were a great many one-of-a-kind experimental aircraft in WWI. Bruce did quite a few pen & ink dwgs of them. 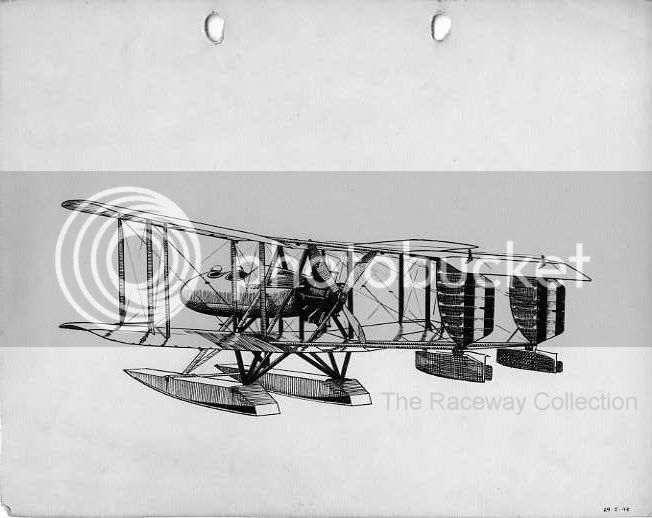 The AD Navyplane was not designed by Mitchell and Richardson but by Harold Bolas and the AD team.

Do I have this right? The AD 1 was first powered first by the 10-cyl Smith Static, then re-engined with an AR I (Admiralty Rotary, aka BR.1 Bentley Rotary).

Yes, that appears to be the story. I do not know the source for the Patrol Seaplane 3-view, the original blueprints do not appear to be in the Supermarine archive.

Here is a comparison between the AD Navyplane and the Patrol Seaplane from Supermarine's 1919 brochure. I was surprised how much larger the Patrol was to have been