What new airfield technology have been developed?

Airfields is the focal point of modern military power and a surprising lack of discussion. It is, after all, the castle of the modern era.

There is a whole family of technology and design involved that determines things like:

1. Vulnerability to various attacks
2. Ability to be repaired, required support systems
3. Ability to support aircraft operations
4. Cost in material, manpower, time of construction
5. The ability to deny information to the enemy

If you think about, a number of technology is involved, including

The methods of airfield attack can range from the unimaginative explosives to on target to the more systemic defeat of the airfield system on the most vulnerable points of each design. With long range strike gain ability to deliver beyond simple explosive payloads and mines, there is family of capability from, sensors, long range munitions or even robots that can thrown into the mix. This is also a interesting vector to study.

So where would one even start learning about this?
P

Sorry sin_getter, not new in terms of 'airfield technology and development' as such, but I have to admit, I've only come to appreciate the Soviet's use of precast PAG-XVIII concrete slab for airfields construction!

As emphasised by the following:

"The Soviet Union used precast concrete slabs as routine pavement construction for roads and airfields and standardized the PAG-XVIII slab for airfields. These 2m x 6 m x 18 cm slabs are prestressed longitudinally and provide excellent load carrying capacity. In fact, an airfield in Uzbekistan supported intense US Air Force C-17 aircraft operations for several years without any structural distress. These slabs were even the thinner PAG-XIV slabs rather than the more robust PAG XVIII slabs (14-cm thick rather than 18 cm). Past history in the former Soviet Union found these precast, prestressed slabs to be structurally sound for aircraft operations and they also offered particular advantages for construction in adverse weather, rapid installation, maintenance on unfavorable soils, and construction in remote or environmentally sensitive areas..."

I'm looking forward to what your question derives.

I predict that airfield repairs will be 3D printed.
S

After taking a brief look at the problem of airfields, here is what I've picked up.

The digging tunnel strategy is old and mainly enhanced by newer digging machinery, which one can track on the civilian end.

The other concept is agile forward staging on existing airfield surfaces, seeking to evade attack by speed.
-------
This maneuver warfare concept pits one OODA loop against another is most influenced by fast changing information technology. The whole agile airfield concept would only work at all if one can deny the opponent real time sensing capability.

This is actually quite tricky, as there are many detection and communication vectors that all need to be shut down.
Here is short list that is off the top of my head
1. Civilian observation/communication networks
2. Satellite networks, especially LEO
3. infiltrating unmanned ground sensors: delivered by attack munitions or MAV
4. Underwater Acoustic detection of aircraft
5. Micro UUV/USV communication (saildrones, wave gliders, etc) relays

There are of course many points to defeat the kill chain:
1. Don't be detected: exclude enemy sensors in air operations zone
2. Don't be identified: deception ops to confuse opponent
3. Don't be shot at: break communication links from sensor to shooter
4. Don't get hit: defeat attacking strike package/munitions
5. Don't get killed: surviving landing munitions

#2 is likely the lowest hanging fruit. Unattended ground sensors based on seismic and acoustic sensors enable long range stealthy (underground/water) full passive sensing of things like loud jet engines. Deception against this vector ought to be pursued.

#3 is also a good countermeasure against small, stealth sensors that is hard to dig out. Rapid detection, localization and neutralization of attempted communication can defeat attempts, especially in conjunction with #2.

#1 One can use up a lot of man/sensor power to dig out hidden sensors. The idea of 3 C-17 for an FARP is just asking to land on enemy sensor net and shot immediately, hypersonics land faster than you can rearm. Powerful ground observation sensors, ranging from CAS aircraft to countermine vehicle will have to clear the operating area. Persistent high performance ground observation sensors will also have to operate especially in times of enemy attack (no hiding in bunker when missiles land) to pick out sensor insertion attempts before sensors could get to a hiding spot. Significant ASW efforts will be needed to clear out underwater sensors if the airfield is on a small island. Perhaps regular "cleaning" via projecting HPM in the operating area will become a normal thing.

#4 Generally means expensive point defenses, electronic warfare whose shiny-ness means it is well covered topic. Full IADS tactics needs to be practiced. as munitions are now smart and can pack everything a strike package could have.

#5 I think that there is opportunity for robotic/new materials improvement in massed camo net deployment, which can combine with high quality lightweight armor in expeditionary shelters to enable some survivability, by defeating PGM by concealment and defeating area of attack by armor. 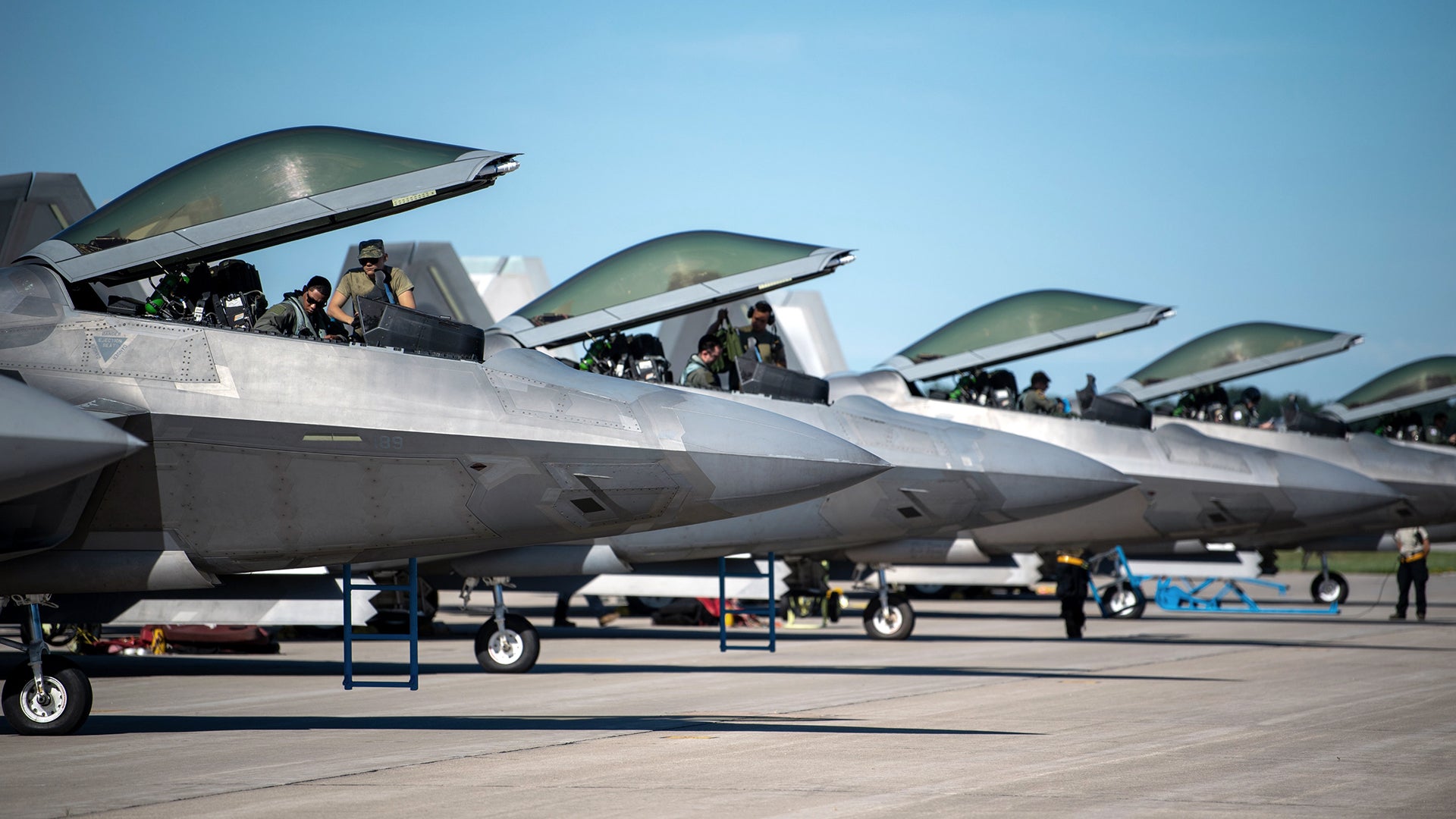 The AFWERX initiative is reaching out to industry for ideas on how to protect its flightlines from drone incursions and more.

That goal is part of the AFWERX Flightline Security Challenge which is reaching out to academia, the private sector, and other government agencies for novel solutions related to protecting flightlines at its air bases from unknown or potentially hostile drones. Aside from the Flightline Security Challenge, AFWERX is also accepting proposals for innovative ideas in Aircraft Maintenance Operations and Airfield Maintenance & Repair. AFWERX is accepting white paper proposals through July 8.
Click to expand...

I guess USAF is at the brainstorming stage. Better late than never. Will check back in a while when stuff materializes.