What is your favourite 70s 80s Harrier replacement/alternative?

One of the joys of this site is the quantity of info available on unbuilt aircraft projects. Particularly tantalising are the various projects in the 70s and 80s for a supersonic VSTOL to replace the Harrier.

The Bae 1216 has been the best covered thanks to Michael Pryce. Various US designs were proposed in the 70s for the Sea Control Ships.

My favourite because it looks weird and replaces the Jaguar with a similar looking plane was the BAe P 103.

Guess which mine is!

The P.103 looked cool, could use existing engines and led Warton into canards, so had some influence on the development of Typhoon. Its basic problem was the instant disaster of an engine failure in the hover. The memories of the Gloster Meteor, which earned its 'meatbox' nickname due to the number of pilots killed practising for engine failures on finals, meant the RAF would never have accepted it, while the navy were not keen on any STOVL aircraft that would go into the sea inverted if an engine failed (or sideways into the island).

This is possibly a rather predictable answer but I'd also vote for the 1216. It was, in my opinion, a sensible design, 'do-able' and had scope for growth / other versions. It would be interesting to see the LO version - did they go for internal weapon carriage in the booms? Would it still be relevant today? As a competitor to the F3**? (Best not start all that, eh? )

Also, the non-STOVL versions would be an interesting platform. Y'know, it's not a bad idea using one airframe with different propulsion for multiple roles...

Re the P103, I agree it would've certainly been a spectacular thing to see but ultimately not as practical as the 1216.

Thanks chaps. I agree of course that the 1216 comes out on top, and that 103 had the snags you mention. However, for this thread I wanted to draw out some of the less likely favourites.

In addition to 103 I have always enjoyed the various US A and B vstol designs. They would have looked great on board a Sea Control Ship or even on an Invincible.

At a stretch perhaps (more of a '70's Alternative...maybe even a Joint Project ala Sepecat Jaguar): Dassault MD-610 Cavalier:

GTX said:
At a stretch perhaps (more of a '70's Alternative...maybe even a Joint Project ala Sepecat Jaguar): Dassault MD-610 Cavalier:

Original image link is defunct, so I took the liberty of borrowing an image that GTX posted in the 'Harrier and Sea Harrier' thread over at Whatifmodelers.com: 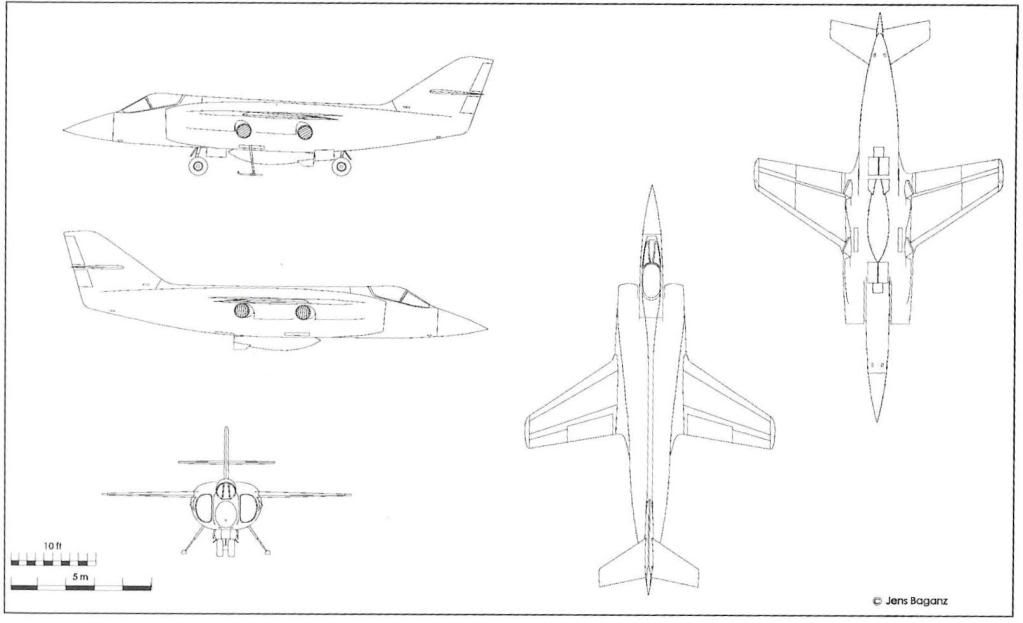