Western Artists' Concepts of Soviet warships during the Cold War

As with aircraft there must have been speculative artwork of Soviet warships during the Cold War. I thought it worthwhile starting a thread covering this. I've hit a few oddities in my 'Fictional Warships' thread (Such as the Guevara Class Destroyers (Link) and I'm wondering if anything like that made it into artwork form.

Thanks for that suggestion, but that would only cover the last 8 years of the Cold War. 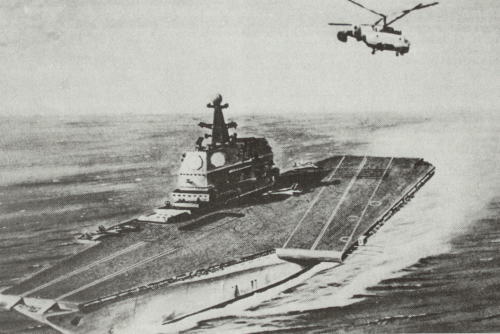 LIFE Magazine is the treasured photographic magazine that chronicled the 20th Century. It now lives on at LIFE.com, the largest, most amazing collection of professional photography on the internet. Users can browse, search and view photos of today’s people and events. They have free access to...
books.google.com
https://i.redd.it/rjknhsfz3hv31.png
F

I’m working on some Ram- and other “prototypes” models based on artist concepts from the mid-‘70s to mid-‘80s and of all of the aircraft developed or rumored during that period, we never saw any concept art for a Tu-144 bomber/cruise missile carrier, except one overhead from AW&ST in the ‘70s, (tho in recent years, there are some published nor the Ram-M later known as the Myasischev M-17 Mystic and IIRC, its general description was something like “generally similar to the Lockheed U-2 except for having twin fins” and I never recall seeing at having a twin boom tail, just “twin fins”, which I always envisioned a U-2 with an A-10 type of tail. Anybody recall ever seeing Ram-M concept art?

Have you tried this thread? https://www.secretprojects.co.uk/th...s-of-soviet-aircraft-during-the-cold-war.275/
Some good stuff in there.
F

Hood said:
Have you tried this thread? https://www.secretprojects.co.uk/th...s-of-soviet-aircraft-during-the-cold-war.275/
Some good stuff in there.
Click to expand...